Mass shootings, racist attacks: How to process trauma and anxiety? 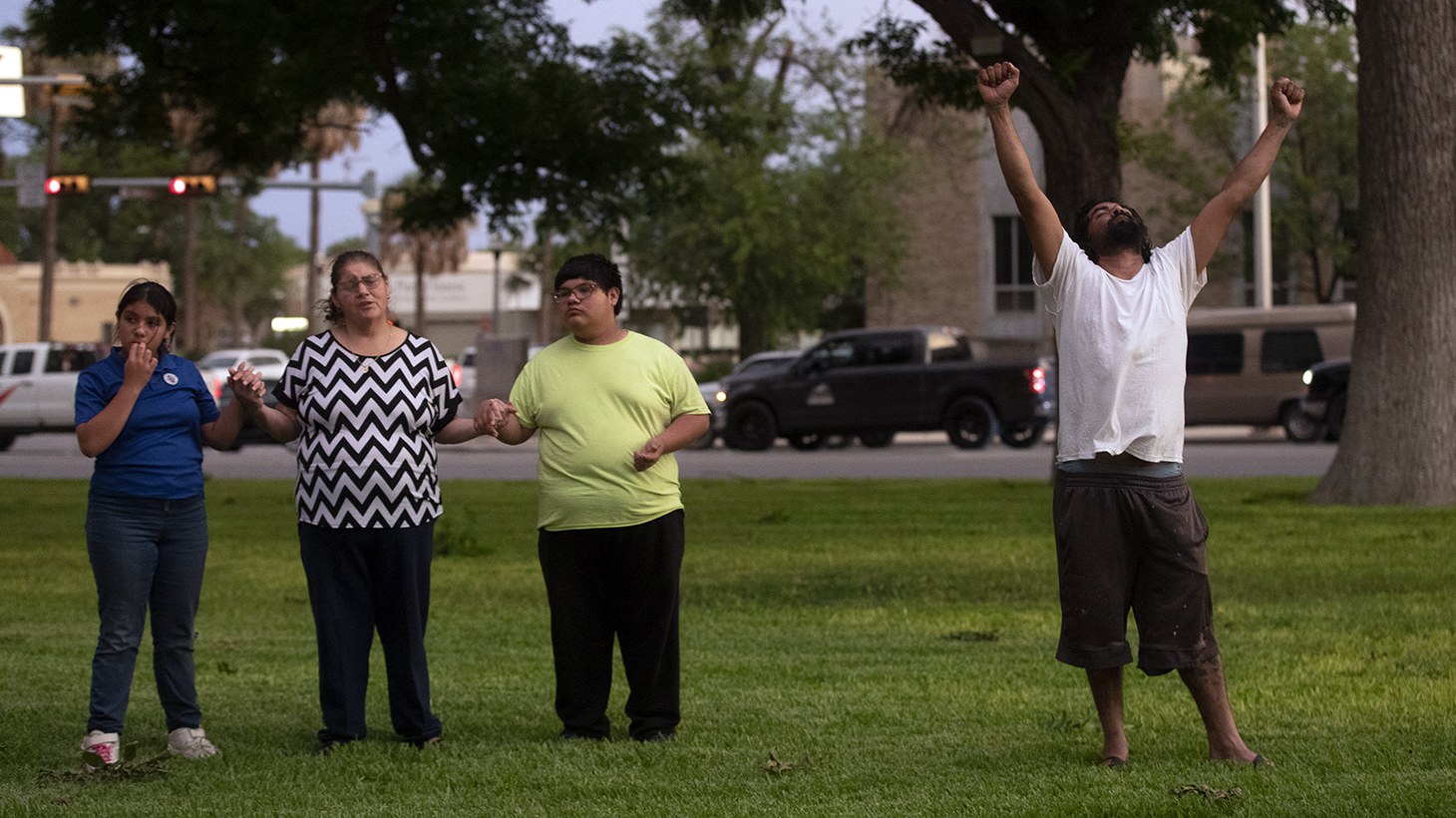 Community members gather in prayer at the Uvalde downtown plaza following the shooting at Robb Elementary School in Uvalde, Texas on May 24, 2022. Photo by Mikala Compton-USA TODAY NETWORK.

Americans across the country are mourning the death of 19 children and two adults at the hands of an 18-year-old gunman at an elementary school in Uvalde, Texas. This happened less than two weeks after another 18-year-old shot and killed 10 people at a grocery store in a predominantly Black neighborhood in Buffalo, New York. Today is also the second anniversary of the killing of George Floyd by a police officer in Minneapolis.

Many people are struggling to process mass shootings and racist acts. And a mixture of the trauma is particularly painful, says Denese Shervington, a professor and chair of the psychiatry department at Charles R. Drew University Medical School. The coronavirus is ongoing, two mass shootings have happened within two weeks, and people of color must endure continued assaults. These images of trauma linger, she says, and we must try to make it through, even when it feels like it’s too much..

“This is the world in which we live in. We find our ways to push through without not always having it at the forefront of our psyche, but knowing that it's there and knowing that we have to be prepared. But it's difficult, it's really difficult at this time,” Shervington says.

Shervington had to stop looking at photos of the people who were killed in the grocery store shooting in New York because she worried about the affected family members. She thinks about how it was just a typical day, and the victims thought that they would be going back home with groceries.

Ian Soleimani used to be a seafood manager at a grocery store, but he quit after the New York shooting. He recently dealt with racial trauma, and says he didn’t feel comfortable at work, fearing the possibility of being a mass shooting victim.

It’s important to allow yourself to feel what you're feeling, Shervington says. If people can remain hopeful, continue to have these conversations, and continue to know where our communities are that we can rely on during these difficult times, then we can make it. She says if we become hopeless, then we will drop into despair.

Soleimani has become numb to the traumatic events that have happened. Through experience, he has learned to not react to racial attacks, and tries to teach his sons the same. As a father, he wants to hope for change.

“Half of my body just feels completely numb, very sad. The other half is just violently angry. And I have to sit. And I sit with that every day. And I don't show it. I'm just quiet. And like I said, with the change, I remain hopeful. But I just stopped thinking about it. Because every time I think about it, something else happens,” Soleimani says.

With all of the constant trauma, Soleimani enjoys the little things in his day-to-day life, such being a DJ in Santa Barbara, playing catch with his sons, watching them eat, and seeing them fall asleep and wake up.

“Every moment is pretty much a priceless moment with my family,” Soleimani says.

Mass shootings, racist attacks: How to process trauma and anxiety?