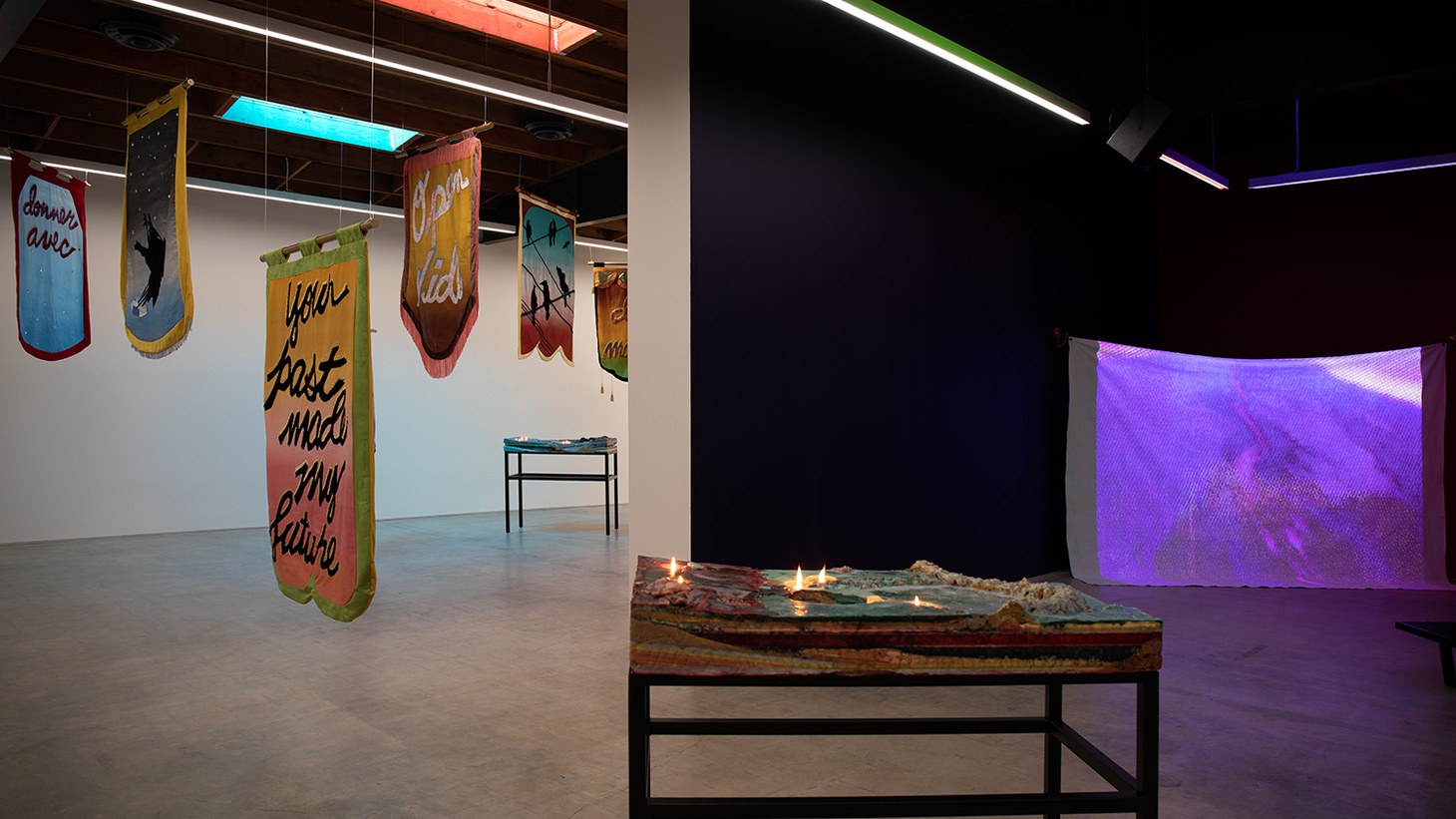 What do volcanoes and light bulbs have in common? Aside from both being bright and hot, they’re featured in two art gallery shows in LA right now.

Artist Cauleen Smith’s show, “My Caldera,” is on display at Morán Morán gallery on Western Avenue and Melrose Avenue. Caldera is the Spanish word for the depression that results at the apex of a volcano that’s erupted. If that sounds esoteric, Smith is interested in a very real phenomenon in nature.

“We often look at the main event, the volcano,” says Lindsay Preston Zappas, founder and editor-in-chief of Contemporary Art Review Los Angeles. “But this is looking at the aftermath, and how the Earth changes after a geologic occurrence like that.”

Filling the gallery is a video of volcanic eruptions, but scored with heavy metal music. Zappas believes the artist is trying to highlight the power of nature.

At Spruth Magers on Wilshire Boulevard, “Locating Perception” is the late artist Nancy Holt’s show that features a room-sized lighting fixture like you’ve never seen before.

“[It’s] this gorgeous grid of electrical conduit,” describes Zappas. “A goal of this piece is to physicalize this invisible thing we’re so reliant on everyday — electricity.”

Holt was also known for her photographic pieces about California. She referred to herself as a “perceptionist,” and photography as an extension of the act of looking.

You can look at both shows for yourself. “My Caldera” is at Morán Morán gallery until December 22, and Locating Perception is at Spruth Magers until January 14, 2023.

These trailblazers helped bread rise in cultural status, celebrate them in new exhibit

LA is home to many cultures and traditions that share a common thread: bread. The Natural History Museum celebrates them in the multimedia exhibit “Kneaded: LA Bread Stories.”