A claw picks up a car to be demolished at Terminal Island. Photo by Kathryn Barnes/KCRW

At the end of the Harbor Freeway, just across the Vincent Thomas Bridge are the Ports of L.A and Long Beach. Here, massive cargo ships carry goods in and out of the region. Right between those ports sits Terminal Island; an aptly named destination, where Southern California’s cars go to die.

“Maybe 90 percent of cars will have to pass through one of our shredders,” said Tony Cuevas, the chief shredder at S.A. Recycling, the company responsible for preparing these cars for export.

Tens of thousands of cars are imported via these ports every year, arriving mostly from Asia. But many cars also leave these ports, exported as scrap and crumpled pieces, to get recycled and into something new. 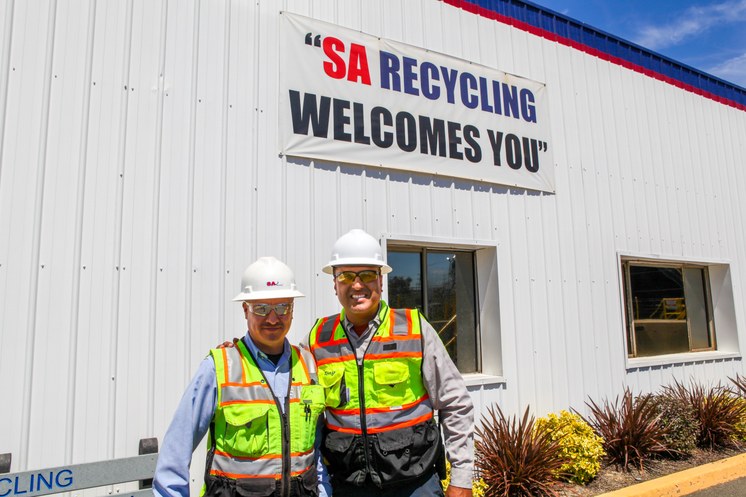 “When I first started working here 19 years ago, I saw a lot of cars coming in,” said Cuevas. “Now those are the same cars we’ve been shredding for the past five years. So you see all the new cars coming in, and then you see the cars come out of here shredded.”

It works like this: A giant mechanical claw, like the one inside that arcade game you always lose, lifts the flattened car and puts it on a conveyor belt to run through a shredder. 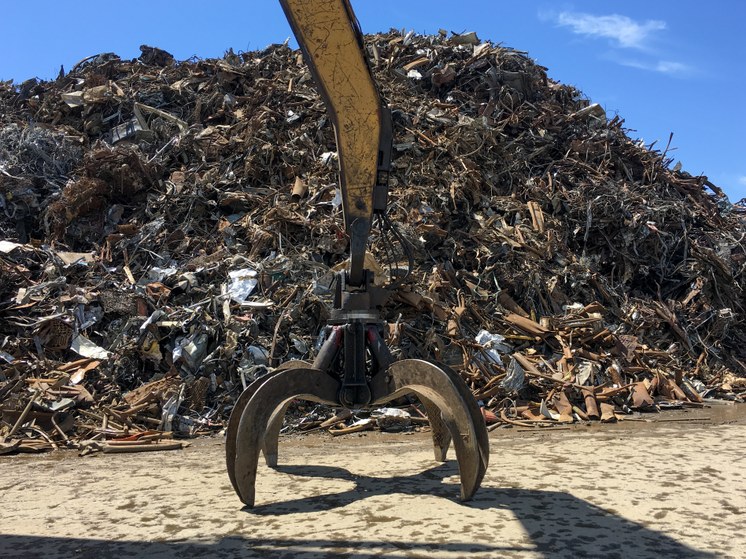 Cuevas sat inside a control room, behind thick, unbreakable glass, with a birds eye view.

“It’s the metal throne, the iron throne,” said Cuevas. “It swivels, I can look down. We have ten cameras above. So I can see the downstream, the infeed, what the guys are feeding me…” 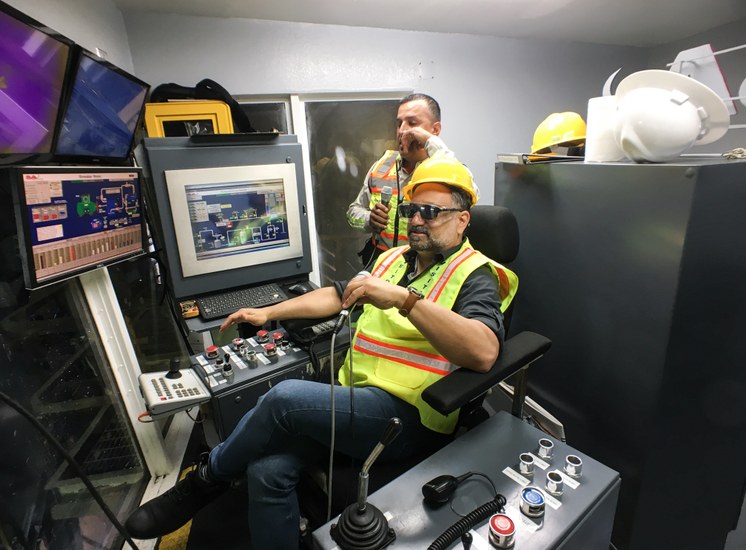 S.A. Recycling makes about $350 per car by selling the bits and pieces to companies in Asia: Korea, Vietnam, India. 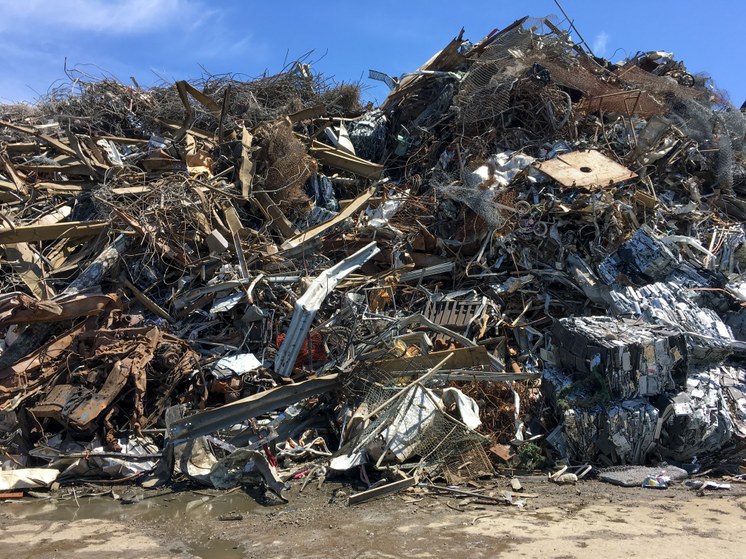 China used to buy most of this material, but it’s not taking much anymore. That’s partly because of a dramatic change in their import policy last year, and partly because of the Trump administration’s trade dispute.

“We used to have China for years and years,” said Fernando Ruiz, the recycling plant’s general manager. “Now we have to look for some other routes, other places to sell our products.”

For now, they’re making it work, and chances are still good that some day, that car you’re driving will wind up here in the shredder. 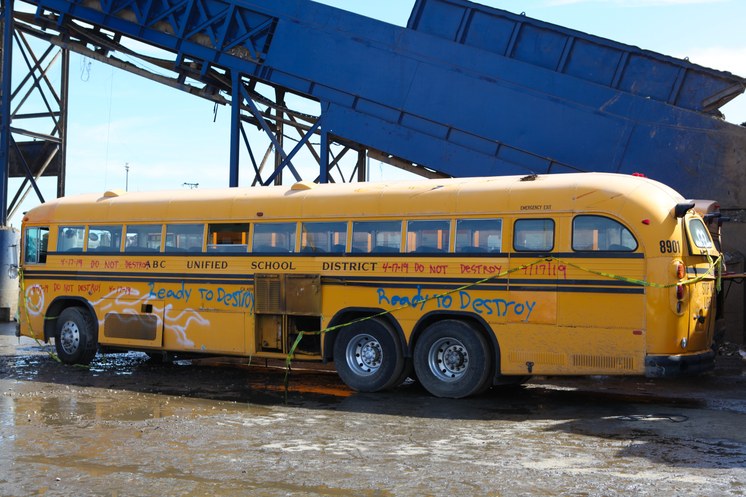 A school bus to be destroyed. Credit: Kathryn Barnes/KCRW.

Visit the place where cars go to die in L.A

Mayor Garcetti on his Green New Deal for LA

There’s been plenty of talk about the Democrats’ plan for a Green New Deal for America. But LA Mayor Eric Garcetti says his administration wants to tackle climate change at...