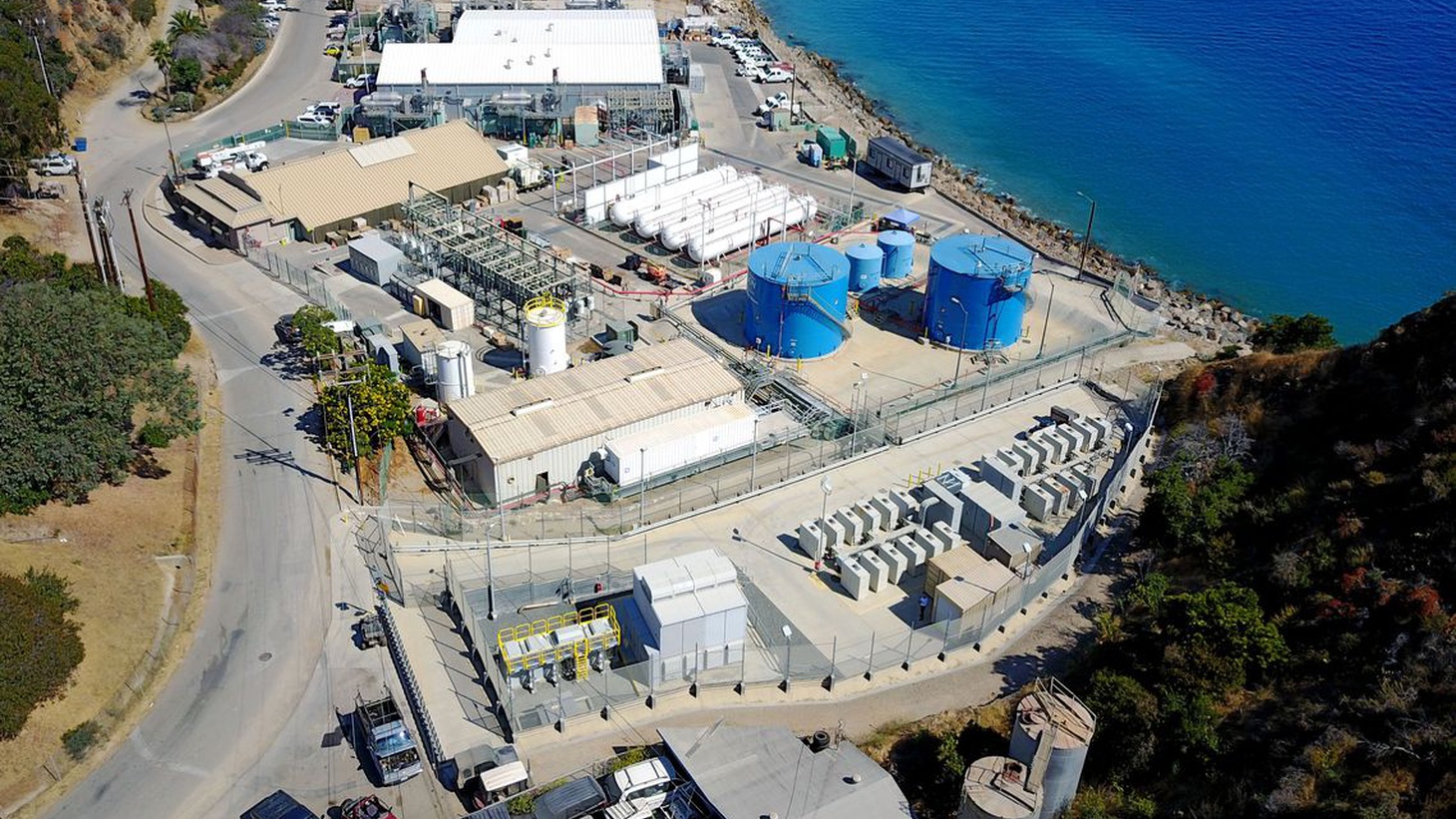 There are two schools of thought on how to navigate the West’s historic drought: Use less water or find new ways to make more of it usable. A few cities are trying to do both, and so far, it’s spared them from some of the most stringent drought restrictions.

In the last drought, Santa Monica used to rely heavily on water imported from Northern California. But now less than half of Santa Monica’s water is imported, which spared them from the mandatory outdoor water restrictions that began at the beginning of June.

Santa Monica’s water treatment plant lies a block from the ocean, in view of the roller coaster and ferris wheel on the Santa Monica Pier. Wang points to a storm drain across the street where runoff trickles down to reach the plant. “That produces non-potable water for irrigation and recycling,” Wang explains.

The city also installed a saline infiltration gallery on the other side of the pier, so runoff that’s mixing with salty ocean water can be saved and repurposed too. The treatment plant can process up to half a million gallons of water every day. 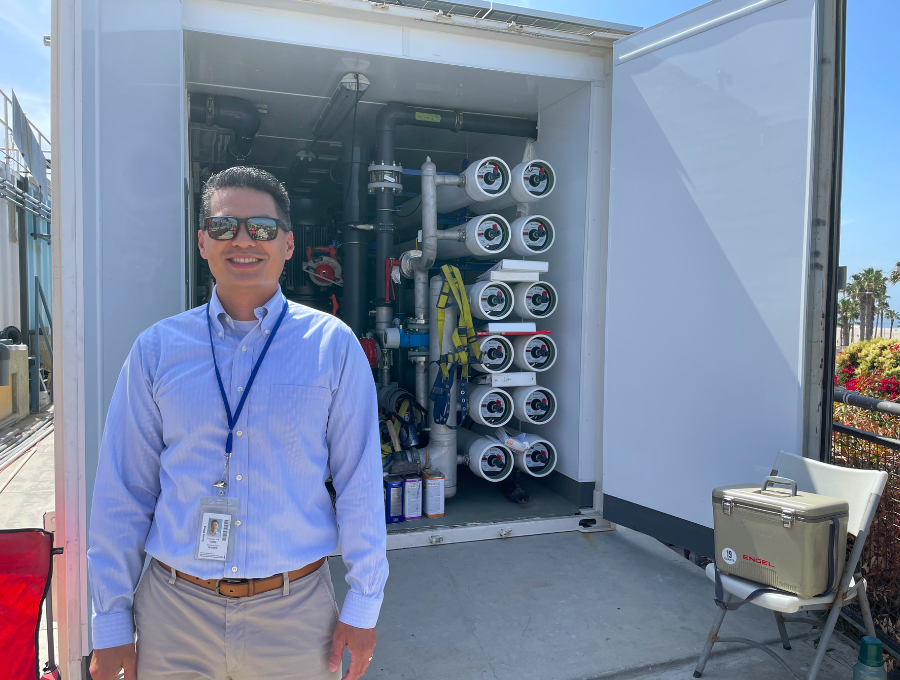 Ten years ago, about half of the water in Santa Monica was imported. Now the city is on track to drop their reliance on imported water from about 50% in 2013 to just 10% next year .

All this fresh local water is cheaper than imported water. Wang says even though they’re paying off a loan to build the infrastructure, water bills in Santa Monica are 20-40% lower than nearby cities.

“If you look at the long run, we're going to be way under the imported water costs, historically,” he says.

Santa Monica water officials are not the only ones with this idea: LADWP just announced they doubled their stormwater capture capacity too.

Why isn’t every city doing this? Santa Monica is by the beach, so they have more access to saline water than most places. They also won several grants and loans right when the affluent city was ready to invest the $200 million these water projects needed. The ratepayers will pay back the loans, but the water agency also had the money they needed to invest upfront. Not every city can do that.

But there are other places that are conserving and innovating, so they don’t have to import water at all, including one place that has no other choice. 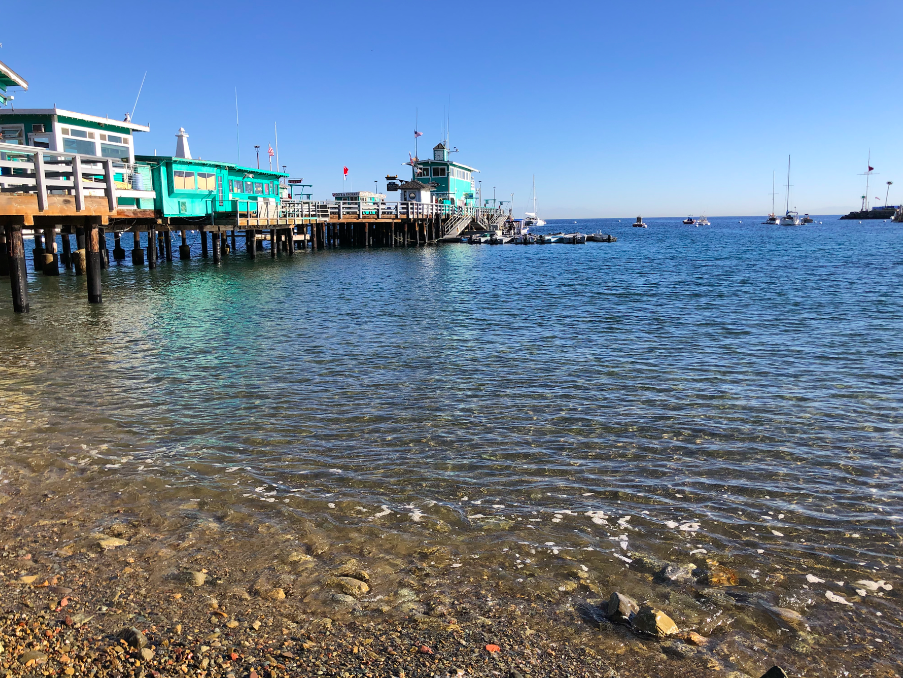 The touristy beach town of Avalon on Catalina Island used to have the county’s most severe drought restrictions. Now they’re turning more of the saltwater on their shores into freshwater. Photo by Caleigh Wells.

About 25 miles off the Southern California coast, Catalina Island is no stranger to drought. The 4,000 residents of Avalon, the island’s largest town, are so remote that importing water from the mainland isn’t an option. When water becomes scarce, there is no plan B.

“Most of us don't have yards,” says Avalon Mayor Anni Marshall, who has lived on the island for 37 years. During the last drought, Marshall says, “We sacrificed by reducing our personal water consumption by 40%. And that means less showers and baths, [and] the hotels taking their linens and towels to the mainland to be laundered.”

The city mainly relies on a reservoir on the island, which dwindled to about 10 percent full during the drought of 2016. Marshall says at the time, she stood over a bucket when she showered and used the runoff to water her plants. She did fewer loads of laundry and captured what rainwater she could from her gutters.

“Well now, the tables have kind of turned,” Marshall says. “I feel so bad for the state of California, but I'm very happy for Catalina Island.”

That’s because in 2016, Catalina Island invested in a second desalination plant, which turns saltwater into freshwater (the island’s first desalination plant was built in 1992). Together the two plants now process nearly 250,000 gallons of water per day, which is about 40% of the island’s drinking water. 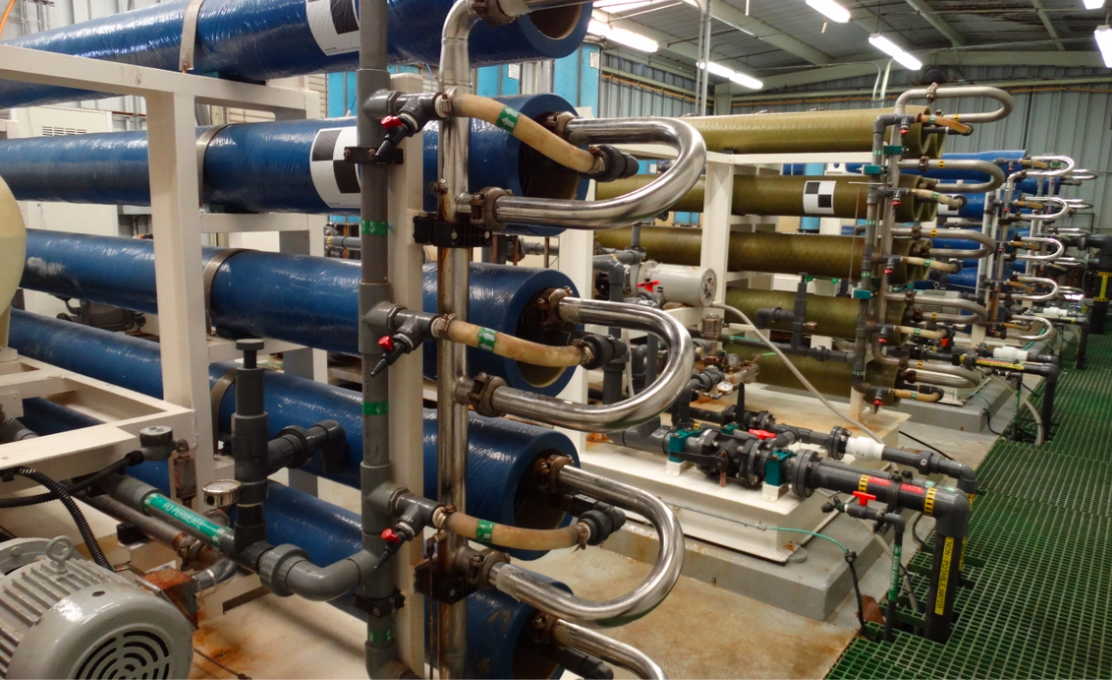 The plant’s machines push saltwater through a membrane that traps the salt and lets freshwater through. This process is called reverse osmosis. Photo courtesy of Southern California Edison.

“If it were not for desal, Catalina would have entered water restrictions about a year ago. But instead we're entering level one right now,” says Brian Leventhal with Southern California Edison, which operates the plants.

That means the island faces a 10% mandatory water reduction, so restaurants will likely go back to serving bottled water, and tourists will be asked to conserve water. That’s minimal disruption compared with cities like Thousand Oaks and Camarillo, for instance, which limit outdoor watering to just once per week.

“Before we relied heavily on desal, Catalina used to be the first in going into drought restrictions. Now that we rely so heavily on desal production, we're at the back of the pack,” Leventhal says.

On top of that, most of the toilets on Catalina are saltwater. Some fire hydrants spit out saltwater. And unlike rainwater capture, desalination keeps working just as well during a drought. In fact, it’s working so well that they’re hoping to add another saltwater well to make more water at the plants.

Like Santa Monica’s investments, Catalina Island’s water solution is not necessarily scalable to a larger city. Desalination is a very expensive way to make freshwater, and the environmental impacts are controversial. Earlier this year, a proposed plant in Huntington Beach recently fell through because the way it would pipe in water would have killed nearby marine life. The Catalina ground wells pull water through the sand as a natural filter, meaning it takes in less water than the Huntington Beach plant would have, but it also isn’t trapping fish.

So for a small, remote island community, it’s working. Other small localities are making similar investments. For instance, the city of Menifee in Riverside County just unveiled its third desal plant that treats salinated groundwater, and a proposed desal plant on Doheny Beach in Orange County could earn approval next year.