How John Eastman got on Trump’s radar, ousted from Chapman University 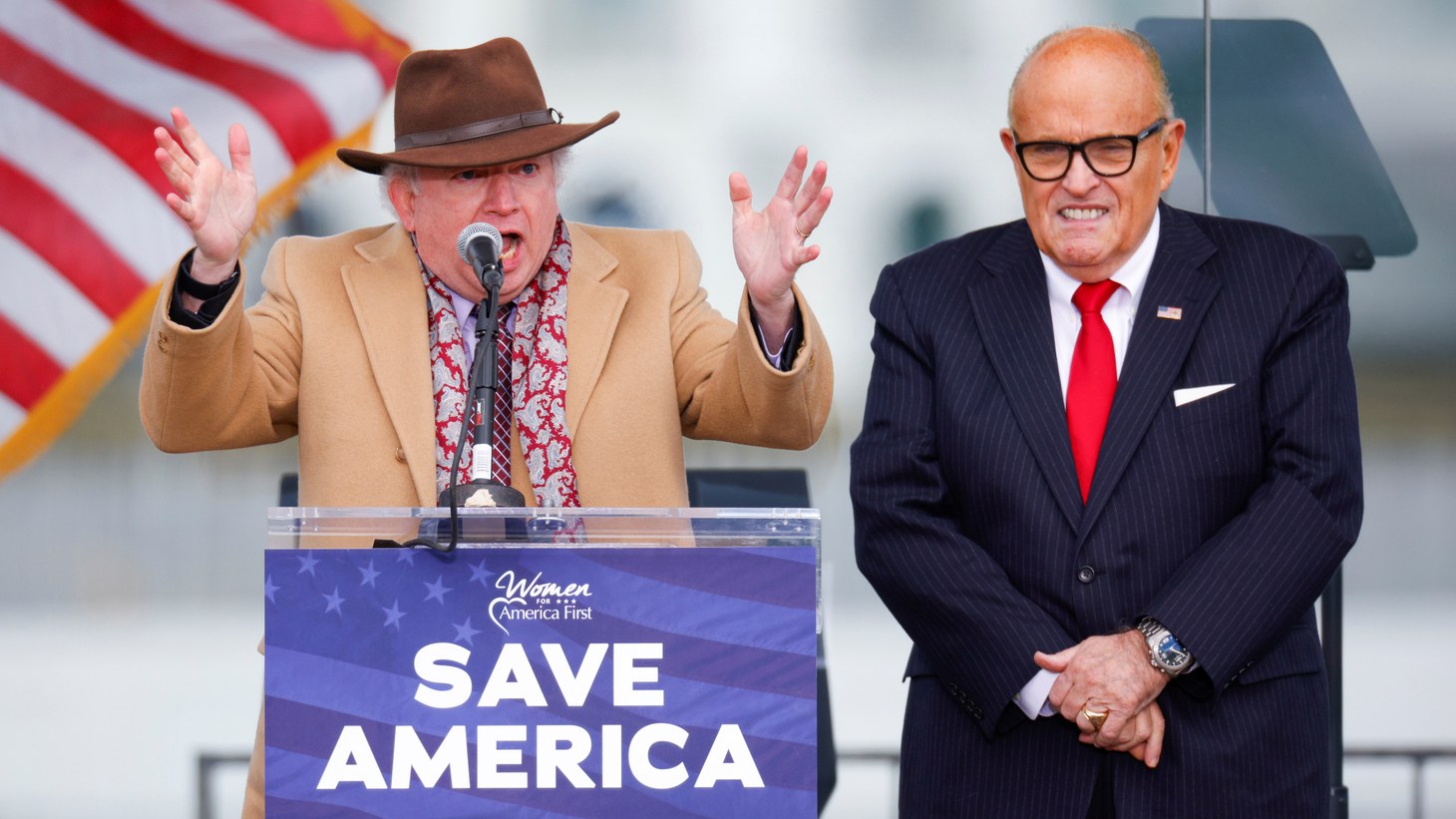 Chapman University law professor John Eastman, next to U.S. President Donald Trump's personal lawyer Rudy Giuliani, gestures as he speaks while Trump supporters gather ahead of his speech to contest the results of the 2020 U.S. presidential election in Washington, U.S, January 6, 2021. Photo by REUTERS/Jim Bourg.

John Eastman, an attorney with roots in Orange County, is at the center of the fourth January 6, 2021 insurrection hearing today.

In her opening statements, Congresswoman Liz Cheney, the vice chair of the select January 6 committee, said Trump pressured state officials and state legislatures to overturn the 2020 presidential election, with the help of his attorneys — Rudy Giuliani and John Eastman.

“In other words, the same people who were attempting to pressure Vice President Mike Pence to reject electoral votes illegally were also simultaneously working to reverse the outcome of the 2020 election at the state level,” Cheney said.

Before January 6, 2021, John Eastman was seen as a respectable conservative voice in Orange County, says LA Times columnist Gustavo Arellano. He was a former clerk to Supreme Court Justice Clarence Thomas and a law professor at Chapman University. In 2010, he ran unsuccessfully for attorney general in California.

“By all accounts,” Arellano says, he was a “smart guy.”

Then Eastman began to change in the 2000s, Arellano says. “He started adopting a lot of the Orange County Republican Party's religion of grievances, of culture war.”

In the mid-aughts, Eastman took hardline arguments against birthright citizenship and in support of Prop 8, a ban on gay marriage.

But Eastman made national headlines in 2020, Arellano says, when he wrote a column for Newsweek, falsely postulating that Kamala Harris is ineligible to be vice president of the United States because her parents were immigrants. “That gets Eastman to Donald Trump's radar,” Arellano says.

On January 6, 2021, Eastman took the stage at the “Stop the Steal” rally near the U.S. Capitol, and made impassioned, false claims about election fraud and urged Vice President Mike Pence to reject the electoral college count.

“A week later, Chapman University basically forces him to resign after an outcry from students and his fellow colleagues,” Gustavo says. Eastman kept a low profile after that, but emails have emerged showing that he asked Giuliani if Trump might be able to pardon him ahead of possible criminal investigations.

Orange County has changed since Eastman embodied its politics. The county voted against Trump in 2016 and 2020, a majority of the congressional delegation is Democratic, and the Republican leadership is made up of Korean American women.

“Orange County … is becoming more and more purple,” Arellano says. “Even the Republican Party realizes if they want a future in this new Orange County, the Eastmans of yesteryear need to stay back there.”

Amid drought, how do LA cemeteries save grass from turning brown?

New drought restrictions limit millions of Southern Californians to watering their yards once or twice weekly. Cemeteries are looking for ways to avoid turning brown.

The state committed $1.5 billion for wildfire prevention and forest health in 2021. The California Newsroom investigated how Cal Fire has been spending that money. It finds...

How John Eastman got on Trump’s radar, ousted from Chapman University

Before the U.S. Capitol insurrection on January 6, 2021, John Eastman was a respectable conservative voice in Orange County. What happened?