For forest firefighters, training plans can change in a split second A firefighter with the U.S. Forest Service works to put out a brush fire in the Angeles National Forest All photos by Benjamin Gottlieb

Oscar Vargas races back into his U.S. Forest Service SUV, his previously relaxed demeanor jolted by a shot of adrenaline.

“Do you want to drive with me or take your own car?” he asks while parked in a mountainous part of the northern San Fernando Valley.

A brush fire has just broken out in the Angeles National Forest just north of the Little Tujunga Station, where Vargas is a lead officer. Within seconds, several U.S. Forest Service engines race back down the dirt road they had driven up in May Canyon. What was supposed to be a day of brush clearing and training has turned into an all-hands-on-deck fire emergency. 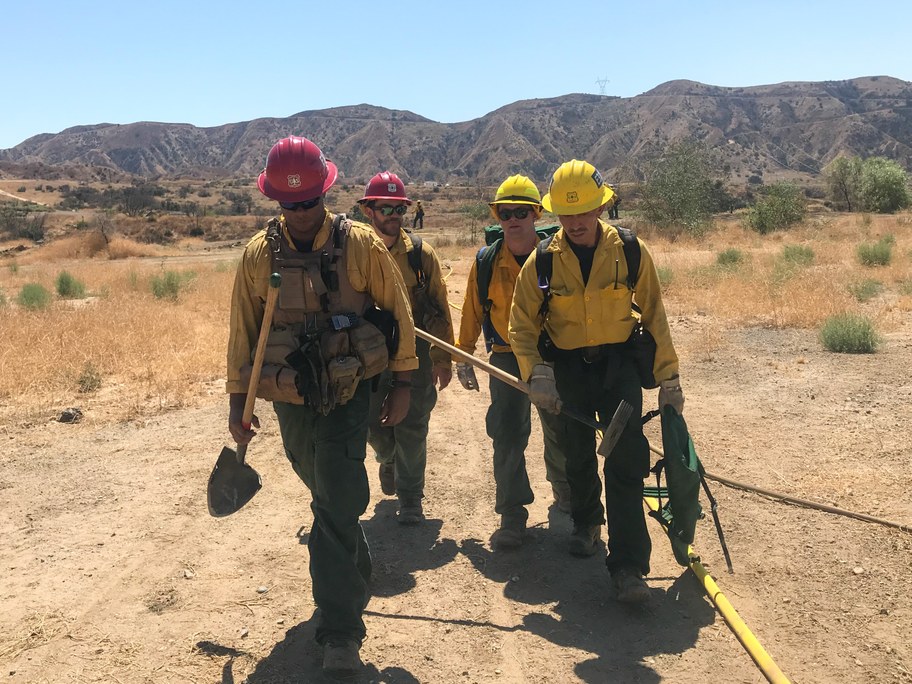 Will Reax (left) walks back to his fire engine with a group of firefighters after putting out a brush fire in the Angeles National Forest.

“That’s how it is everyday,” says Matthew Hawkis, a U.S. Forest Service firefighter. “We plan for one thing and then, spur of the moment, we get a call and have to change our plans in the blink of an eye.”

With help from air drops, a hotshot crew and fire engines from LA County, the U.S. Forest Service makes quick work of this fire. It only burns about an acre. It does not get a name. It does not make headlines. The operation is a success. 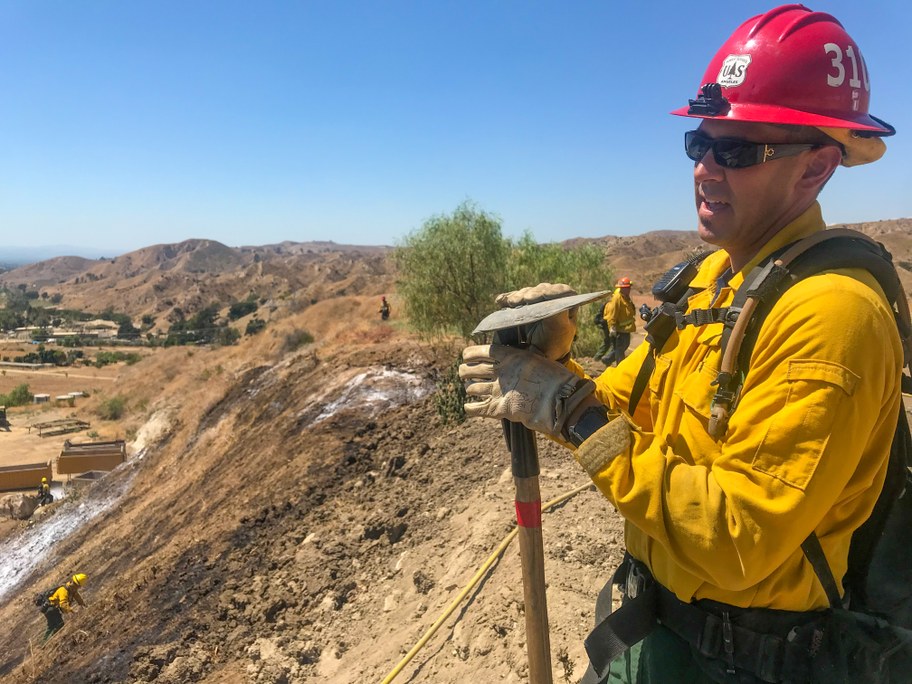 Last year was also the deadliest fire season in state history, adding to the importance of quick responses to seemingly small fires.

“What is different now is that we are adapting to the environment around us,” Vargas says. “We have more fires at a year-round period. So now we're seeing fire seasons extending before summer, after summer, and sometimes year-round.” 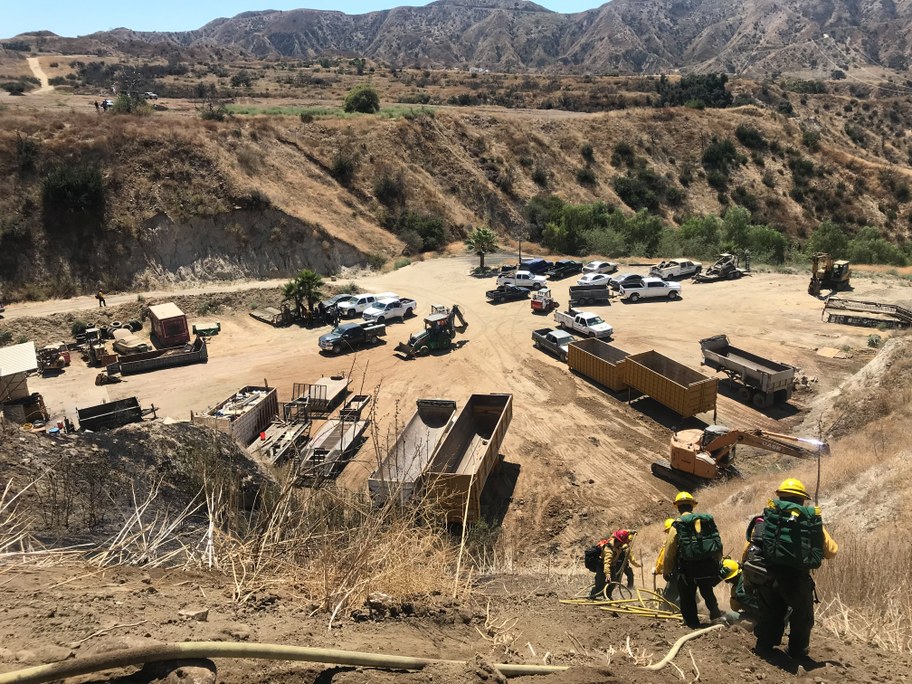 The fire burned less than an acre and started on a private ranch in the Angeles National Forest.

For forest firefighters, training plans can change in a split second

Oscar Vargas races back into his U.S. Forest Service SUV, his previously relaxed demeanor jolted by a shot of adrenaline.

Governor Gavin Newsom is staring down the barrel of some bills that seek to expand the state’s so-called “red flag” laws. But there's debate on whether such laws are...

The push for a tribal park in San Juan Capistrano

When the Spanish built Mission San Juan Capistrano in 1776, they booted the local native tribe from its village on a piece of land that is now called the Northwest Open Space.