A step closer to housing the homeless? Los Angeles voters approved over a billion dollars in 2016 to build permanent supportive housing for homeless people. But actually getting them into homes has been a slow process. Now the L.A. City Council is considering a proposal to allow some new homeless housing projects to bypass a step where they hold public hearings. Community response to housing for homeless people can make or break a new project. 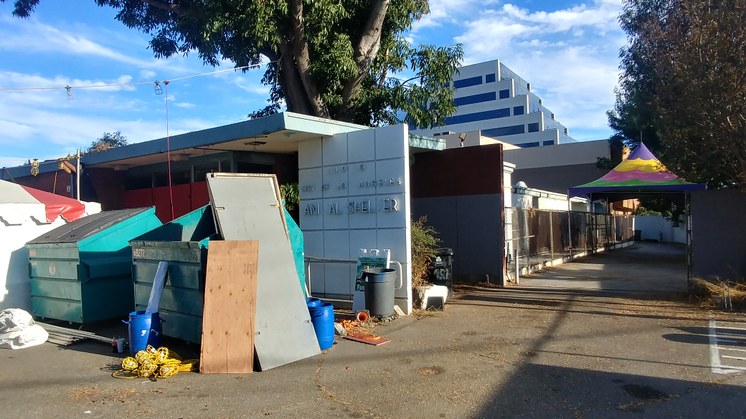 This site is slated to become housing for the homeless. Photo credit: Sam Blake