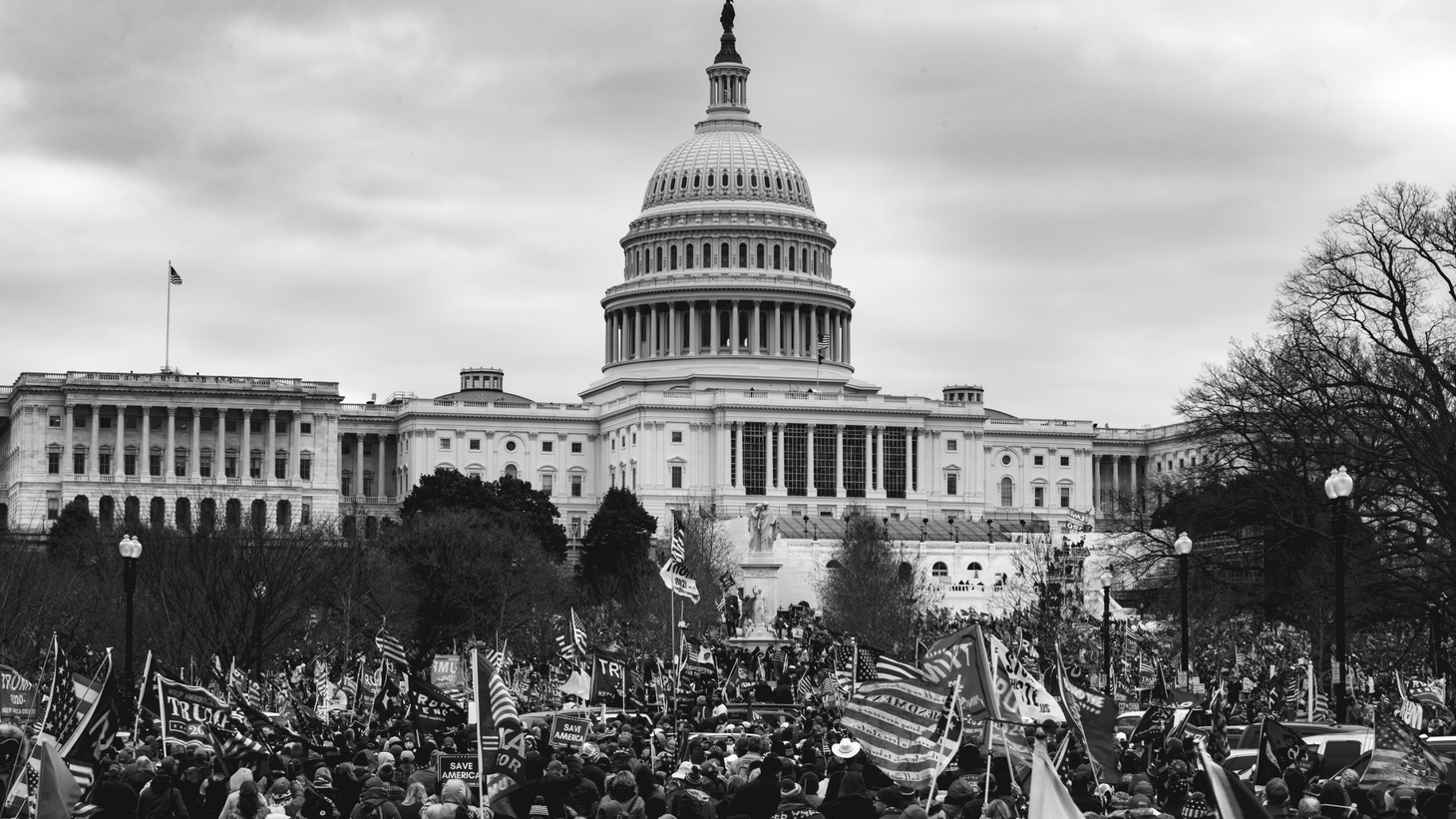 “It feels like there is a consistent number of Americans and many elected officials who don't want to talk about the truth and want to operate on the fringe supporting conspiracy theories. And that's troubling to our democracy,” says Rep. Pete Aguilar, a member of the House committee investigating the January 6 attack on the U.S. Capitol. Photo by Shutterstock.

It's been a year since the deadly January 6 insurrection when the peaceful transition of power from one president to another was interrupted by a mob of Trump supporters who stormed into the U.S. Capitol.

Now the U.S. House Select Committee probing the January 6 attack is trying to trace events leading up to and during the insurrection. Among the three congressional members from California on the committee is Rep. Pete Aguilar (D-Redland). The Inland Empire congressman tells KCRW that he still vividly recalls the horror and violence of the shocking siege.

What comes to mind when you think of that fateful day last year?

The knock on the door as the rioters broke in the chamber and were banging on the House door. This is the door that the president walks through before he addresses a joint session of Congress. They were pounding on that door and broke those windows. I remember hearing that and thinking that we were not in good shape.

I wrote in a little journal that I keep next to me at 2:34 p.m. that day that I was scared — and I was. I didn't write a lot of thoughts from that day, but that was one of them because that was when we really needed to get evacuated.

Are you at all surprised that the right-wing media is now reframing insurrectionists as patriots standing up to tyranny?

Yes, and it shows the power of the bully pulpit.

The former president himself continues to support conspiracy theories and continues to foment all of this language and fear. That makes it difficult to do our work.

But it also makes it all the more shocking that these are duly elected members of Congress, who took the same oath to the Constitution that I did.

They apparently don't believe in the rule of law or that some of these individuals committed crimes worthy of being put in jail, even though they assaulted police officers, and people died that day.

A bombshell that came out of the committee investigation was that Fox News hosts were pleading with Trump's chief of staff to get the president to call off his supporters during the attack. Behind the scenes, they realized the seriousness of the situation, but now they're downplaying the events of January 6 to their audience.  What do you think that says about their credibility, and do you believe their audience cares?

They believe that they could send $10 more to him for his legal defense fund after the election. There is a financial component to all of this as well that we will talk more about in the future. But the level at which individuals continue to support the big lie is incredibly frustrating.

The committee now has first-hand testimony that the president was watching the attack on TV and that his daughter Ivanka asked him at least twice to stop the violence. Could that negligence translate to criminality?

We’re looking into all aspects of what happened that day. What led up to it? For people both in government and out of government, what role did they play?

But clearly, that is something that troubles us. Was it just Ivanka? Or was it other people who were trying to reach the president to ask him to do something about his supporters supporting the insurrection and mounting a full riot against Capitol police officers? We don't know.

The short answer is we continue to find out facts, and we continue to chase the truth. We're going to continue to do that in the next couple months before we prepare a report, but this is something that is deeply troubling. And we'll let the facts speak for themselves.

What is your working relationship you have with Liz Cheney and the other Republican on the committee, Adam Kinzinger?

Both of those two members are just class acts. I have not worked with them on pieces of legislation or anything very substantively prior to the work in the committee. But I can tell you that I just have a deep amount of respect for the work that they're doing despite the personal attacks and onslaught that they face from members of their own party. I just have an immense respect for them.

I personally don't think anyone is as prepared as Liz Cheney. She is focused; she is ready; she is prepared to defend democracy.

I thought she summed it up incredibly well over the weekend when she said members of her party can either be loyal to President Trump or they can be loyal to the Constitution, but they can't do both. I think that's a lot of the feeling that some of my colleagues across the aisle are going to have to decide.

What do you think it says about the state of the Republican Party that these conservative members on the committee are essentially pariahs in their own party?

It's troubling to the work that the committee is undertaking, but more importantly for the American public, it doesn't bode well for us handling the big things that we need to talk about.

Protecting our country, addressing economic inequality, climate change — the issues of the day depend on robust debate. If folks are going to operate on the fringe, it doesn't doesn't bode well for what we can do in the future.

What comes next for the committee?

We're still in the investigative stage of the work that the committee is doing. We're taking testimony. [There are] over 300 interviews that we've had so far. While some of them do become public, and a little more noteworthy, there are dozens upon dozens of other interviews that are helpful to the work that we need to accomplish but are done behind the scenes.

The next phase will be the public hearings, where we can share some of the testimony and some of the work that has been done. We can shed some light on it to the public, but hopefully in a setting where people can watch.

And then culminating in a report and having something that people can put their arms around and read by summer seem like smart things to do.

The committee has invited House Minority Leader Kevin McCarthy to testify after he reportedly spoke to the president while the insurrection was underway. Have you heard from him?

I haven't heard anything directly related. We think that there are some of our colleagues in the House who were having conversations with the president on January 6 as well as the days leading up to January 6. I think that those [testimonies] would be helpful.

I think if they believe they have nothing to hide. Then they should voluntarily come and talk about those discussions that they had. We haven't had anyone take us up on that so far, but I remain hopeful that some of them will.

Is the committee open to subpoenaing sitting members of Congress?

Right now, we would like them to come forward in a voluntary way to share the details that they had from their conversations with the former president.

But as we have said before, we're not closing any doors that will help our effectiveness in undertaking this effort.