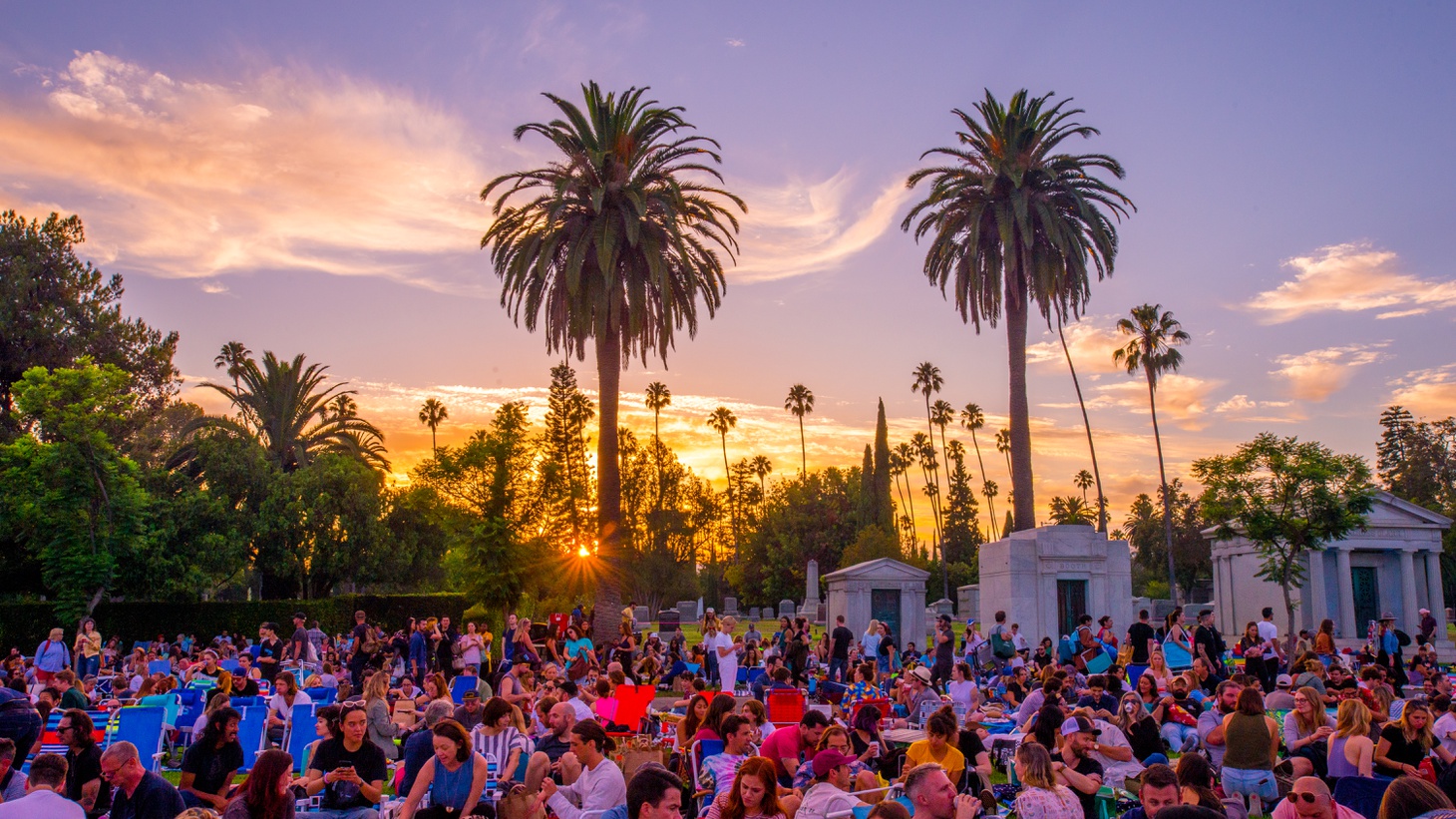 “People really want something that grabs their attention, sucks them in, entertains them. Luckily, Hollywood classics have all of that. And the greatest ones still have a lot of power to move people,” says Cinespia founder John Wyatt about the summer screening series. Photo courtesy of Cinespia.

Each summer for the past 20 years, Cinespia has screened an eclectic mix of films under the stars at the Hollywood Forever Cemetery.

This year, its line-up includes beloved favorites, such as “Mean Girls,” “The Wizard of Oz,” and “Ferris Bueller’s Day Off.”

The idea to marry cinema and the cemetery started when Cinespia founder John Wyatt was looking for locations to screen movies for his Italian film club, and he had a friend who worked at Hollywood Forever.

“There's a beautiful, giant, empty lawn in the middle of the cemetery and I thought, ‘Wow, this could be a really interesting place to screen movies,’” he tells KCRW. “In the beginning, I just really was focused on making it a good experience, making it work. It was years before I thought that it was not a fly-by-night operation.”

Every year, Cinespia’s movie lineup is broad. Wyatt says that’s because he’s constantly looking for films that will resonate with modern-day audiences.

“It's a tough audience. People really want something that grabs their attention, sucks them in, entertains them. Luckily, Hollywood classics have all of that. And the greatest ones still have a lot of power to move people.”

The first film played at Cinespia was Alfred Hitchcock’s “Strangers on a Train.”

“Hitchcock is one of those directors where a modern audience will get engaged. He knows how to get someone in suspense [and] into the story. And I think Hitch himself would really love that we're showing his films in the cemetery,” Wyatt says.

This Saturday, Cinespia is playing “The Birds,” the 1963 film about hundreds of birds overrunning a town and attacking residents there.

“‘The Birds’ is truly unique. There's not a note of music. The entire soundtrack is electronic bird noises. I don't think there were many films before that really took on a strange apocalyptic view like that,” Wyatt says. “It's a movie that really resonates with a contemporary audience, and is just a lot of wicked fun.”

“John Hughes is one of our great, great writers and directors. And I feel like he really could see into the hearts and minds of teenagers. And we've all been teenagers. We've all felt these feelings,” he explains.

Another of Wyatt’s favorites played this year at Cinespia: Quentin Tarantino’s “Jackie Brown.”

“What's so remarkable about the film is you spend a lot of time looking at these people close-up. They're driving around. They're walking around, and you're just gazing at them. And I'm right there with Tarantino. I want to gaze at Pam Grier as much as I can on the big screen.”

Cult classics are also a Cinespia mainstay, and this season, that included the 1995 film “Showgirls.” Wyatt says that while the film was a commercial bomb, it’s grown a dedicated following since its release.

“There's really nothing quite like it and it's so well crafted. So many brilliant people worked on that film, the production, design, the camerawork, some of the lines in the writing. It really is this confluence of things. I don't know if Hollywood will ever create something like that again. And ‘Showgirls’ fans are some of the most fun people you can hang out with.” 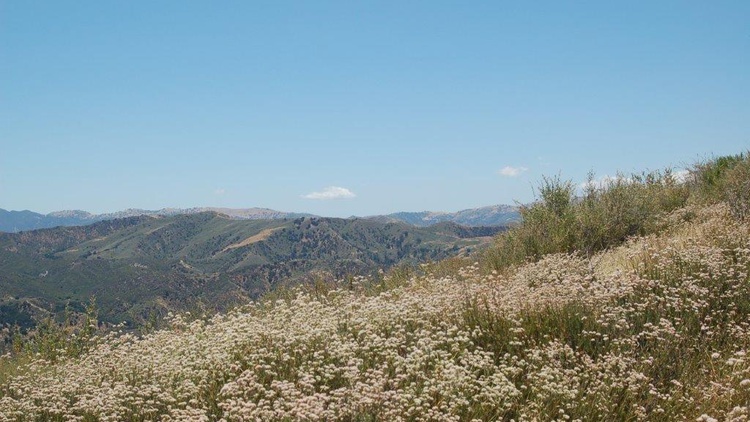 $6M for 6000 acres in LA: Hathaway/Temescal Ranch will be protected KCRW Features Jul 14