Honoring COVID lives lost: Ana Dolores Vasquez, a hardworking mom who knew how to treat herself Ana Dolores Vasquez immigrated from Guatemala to South Central LA when she was 20. Shortly after, she met her husband at a Catholic church filled with Central American immigrants. They had two daughters and a son. Image by Mike Royer.

One was a mother who devoted her life to caring for a son with a disability. Another was a free spirit who saved the shirt she wore to Woodstock. One nursing home resident had a proud history as an educator at rural colleges. One grandma taught her grandson to speak Mandarin on a trip to Taiwan. A young husband loved his job at Disneyland. And an Angeleno became a familiar face at the door of a Highland Park bar. These are all lives cut short by the pandemic.

She always fought for her children. When Medicaid didn’t cover her kids’ braces, she filed a claim and went to court.

Ana didn’t drive. So she took three or four buses to get to court. She was an immigrant from Guatemala and never learned to speak English. So she requested an interpreter and then pleaded her case.

Her daughter, Lilian, fondly remembers the episode, saying that her mom probably made a scene in court. “She was probably [like,] ‘My daughters, they’re so poor. They can’t eat.’ She probably made up this story so that we could get our braces. When she wanted something, she could convince you.”

Ana immigrated to South Central LA when she was 20. Shortly after, she met her husband at a Catholic church filled with Central American immigrants. They had two daughters and a son. Lilian says her mom fought the hardest for her brother, who has severe autism and epilepsy. Ana gave up her job cleaning houses, which she did since arriving in the U.S., to take care of her son full time. He is now in the care of Ana’s eldest daughter.

“She just never wanted to see my brother in care of a stranger. Or a nurse. Or of anyone other than family,” Lilian says. “She had a lot of love still to give to my brother. A lot of patience. She was a saint essentially.”

Ana worked hard, but she knew how to treat herself. Despite not having much money, she enjoyed throwing parties, taking the occasional family trip to Vegas, and shopping. Lilian and her mom would take an Uber to Del Amo Fashion Center in Torrance or Westfield Mall in Culver City — and splurge. Ana bought Uggs, Chanel number five perfume, and items designed by Michael Kors (her favorite). 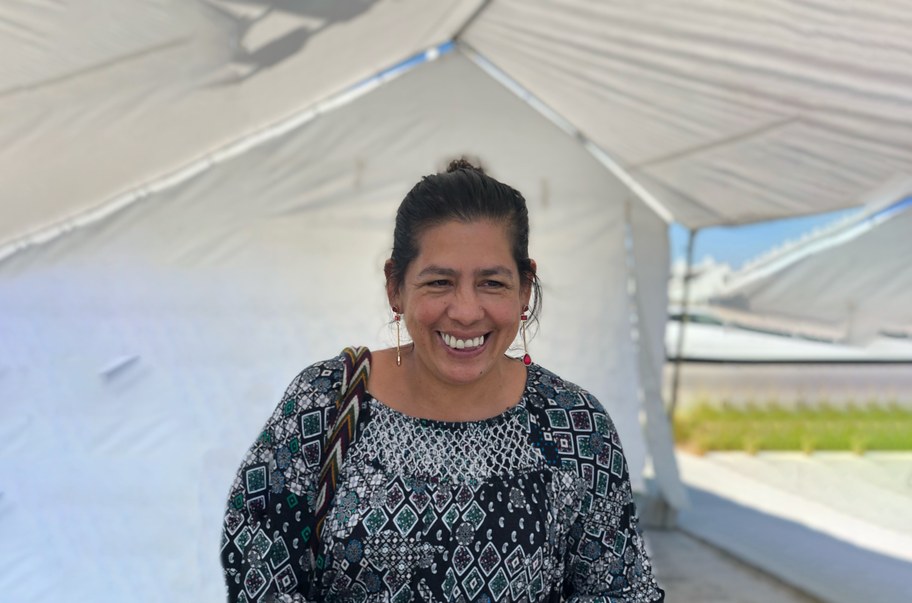 Ana Dolores Vasquez, an immigrant from Guatemala, didn’t make much money, but she enjoyed throwing parties, taking the occasional family trip to Vegas, and shopping. Photo courtesy of Lilian Vasquez.

Despite mostly staying at home to take care of her son, Ana became sick with COVID-1919. Complicating matters, she had a history of lung issues, including a pulmonary embolism. Lilian says her mother refused to go to the hospital after her symptoms worsened. No matter how much her two daughters begged, she wouldn’t go. If she were to die, Ana insisted, it would be in the home.

“If you go to the hospital, there are chances that you are going to die alone, that you aren’t going to have that last goodbye with your family,” says Lilian. “So my mother died in my father’s arms. And I don’t think she would have wanted it any other way.”

Ana died of COVID-19 in December 2020. The family arranged a small funeral service with the help of a GoFundMe campaign, which paid for a mariachi band, among other things. Ana was buried in her signature flashy get-up: a white scarf, red top, moccasins and a rosary. She was 52.