Leo Fabian moved to Bell Gardens from Guatemala when he was 3 years old. He was a proud Angeleno and loved going to Dodger games. His last interaction with his wife was via Zoom from the hospital. Illustration by Mike Royer/KCRW.

This is the final installment of KCRW’s series on remembering some of the LA lives lost to COVID-19, as told by the people who loved them.

Leo Fabian began talking to Sandie Sanchez-Ortiz on a dating site in 2011. Months later they met for the first time in-person at Sandie’s home in Walnut Park. Sandie thought, “He really is like his pictures.” She says he was cute, tall, and arrived with a big smile.

“We just sat on a curb and talked for hours about sports, about life, about what we were going to do, what he wanted to do with his future, what I wanted to do with my future,” she says. “And that itself just kind of clicked. 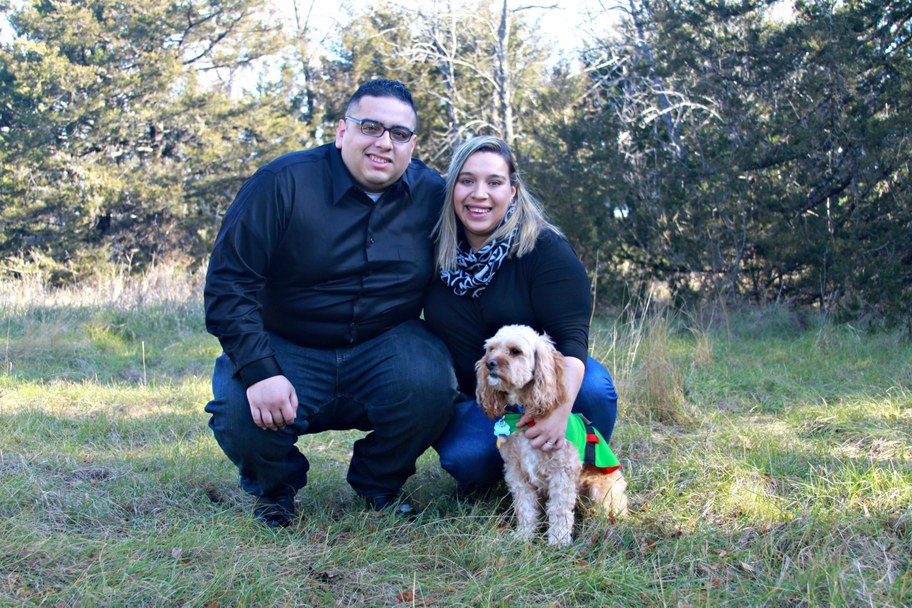 Leo and Sandie with their dog. Photo courtesy of Sandie Fabian.

Leo’s family had moved to Bell Gardens from Guatemala when he was 3. He was a proud Angeleno and loved going to Dodger games. In fact, that’s where he took Sandie on their first date the very next day.

They shared their first kiss between the sixth and seventh inning. “I think then and there was when we started realizing this person might be the one for me,” she says.

Leo, a big MMA fan, proposed in front of fighter Anderson Silva at a signing event before a match. They got married two years later in South Dakota, where they lived briefly. 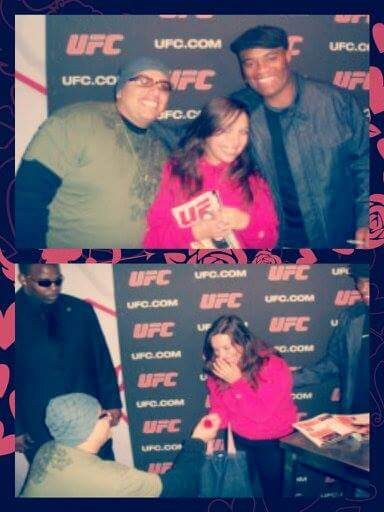 Leo had a variety of jobs, from delivering packages for Amazon to selling phones for T-Mobile, but working at Disneyland was hands-down his favorite. He worked at a sweets store in Downtown Disney and as a crowd traffic controller for the nightly Fantasmic parade in the park.

One night on the job, Sandie says a little girl dressed as princess Belle from “Beauty and the Beast,” and her parents were having trouble finding the Haunted Mansion ride. Leo escorted the girl through the park, shouting, “Princess Belle is on her way! Step aside for Princess Belle!” Sandie says, “It brought a light to her [little girl] face.” 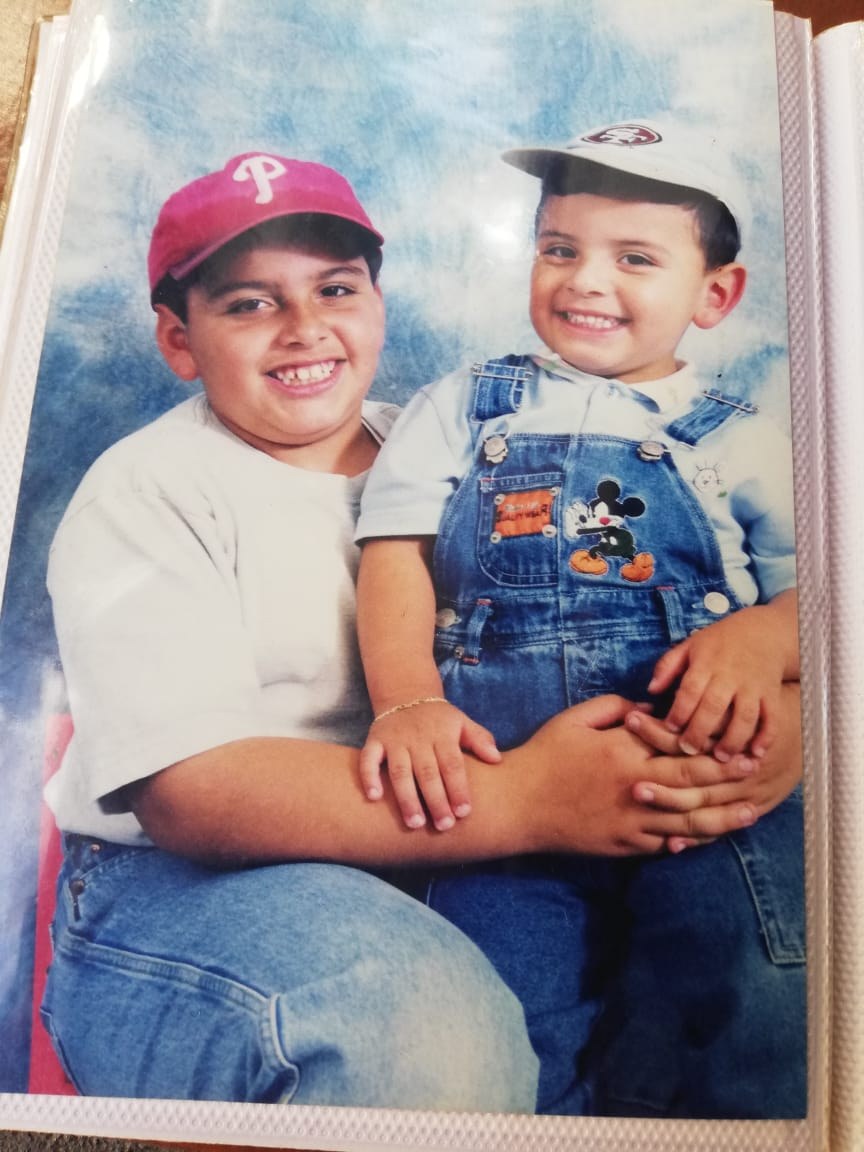 Leo and his brother Andres when they were little. Photo courtesy of Sandie Fabian.

Sandie and Leo’s first communications were all virtual. And so were their last. Leo entered the hospital on their seventh anniversary, July 11, 2020, just weeks after he turned 31 years old. Sandie talked to her husband via Zoom during his weeklong intubation in a hospital bed.

Leo’s parents did not get to say goodbye in person either. They had moved back to Guatemala when he was 18. He meant to visit before he ran out of time.