At LA’s Grand Park, Day of the Dead altars speak to COVID losses Angelenos pay tribute to lost ones at the community altar at the 2019 Day of the Dead event at Grand Park. Photo courtesy of the Music Center Los Angeles.

Marigolds are popping up at flower stands and farmers markets across Southern California. The flowers are a traditional part of observances for Dia de los Muertos, or Day of the Dead, when families gather to remember loved ones who’ve passed away.

One of those observances is getting underway this week at Grand Park in downtown Los Angeles. The park’s ninth annual Dia de Los Muertos installation opens October 22 and runs through November 2.

The altars will officially be unveiled on Saturday, October 23 at an event with free live performances. 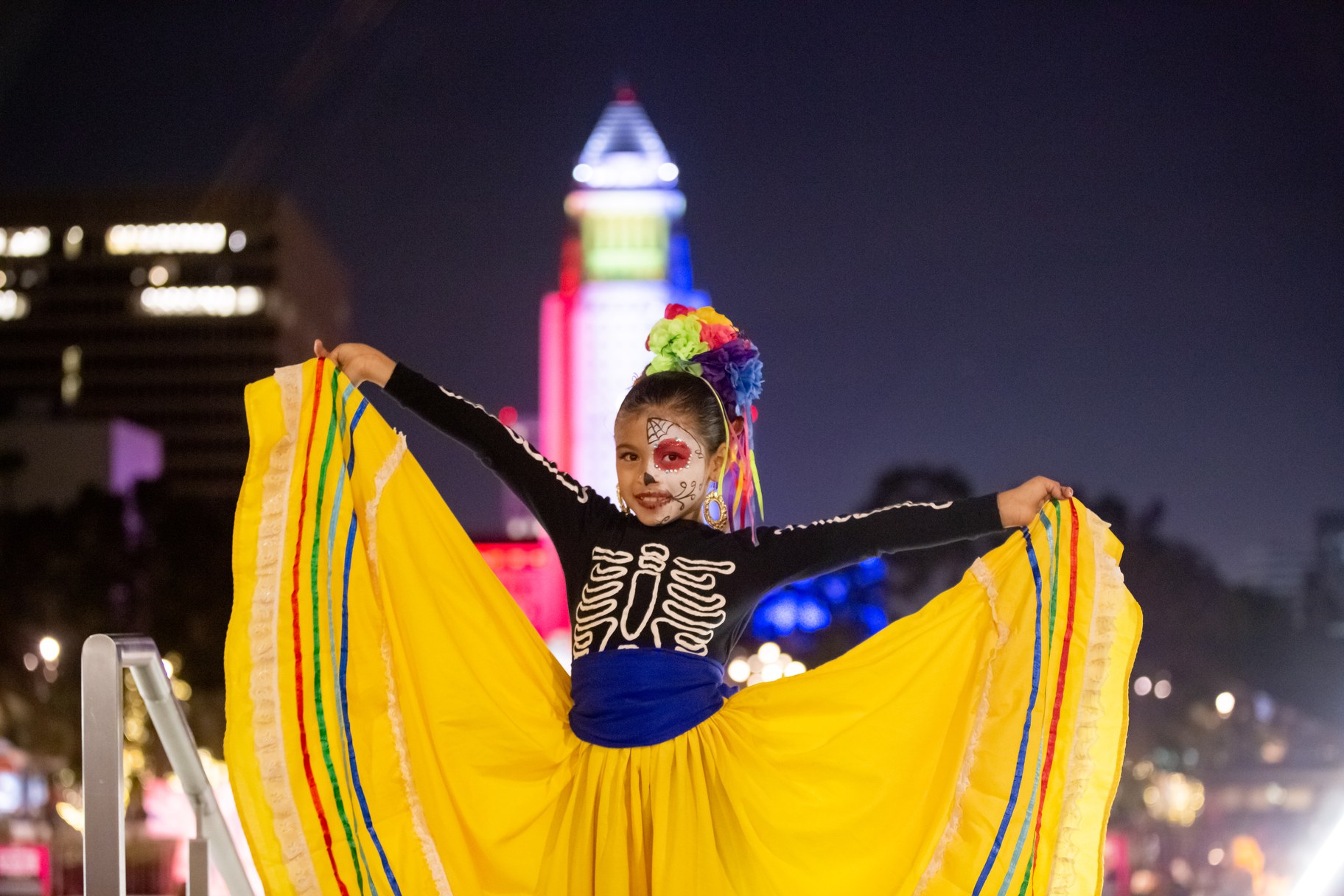 Eighteen months into the pandemic, does this year's event carry special meaning?

“It's fundamentally an opportunity to grieve and honor, so it entails the polarities that we all feel as human beings when we lose people and we have to say goodbye.

[There’s] so much joy in feeling their memory and their spirit and so much sadness in experiencing their loss. Dia de los Muertos is a physical manifestation of that through the altars.

We've taken the opportunity, recognizing how much grief and loss there has been in Los Angeles, to partner with the Department of Mental Health to provide resources to people who are coming and experiencing the altars, so they know where they can find hotlines and groups and resources to deal with grief and grieving.” 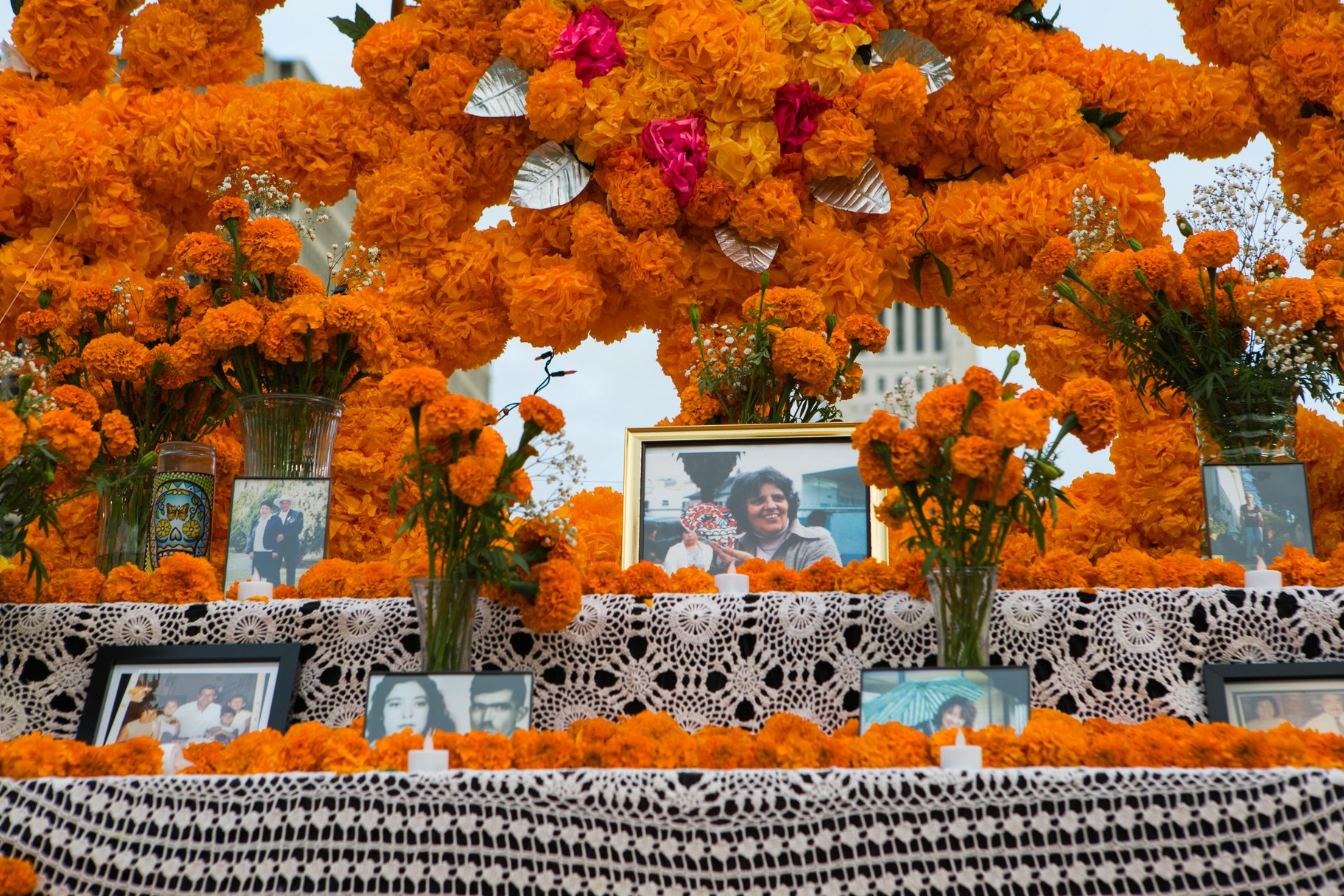 This year’s Dia de los Muertos at Grand Park offers an opportunity for Angelenos to collectively grieve those who lost their lives during the COVID pandemic, according to Grand Park Executive Director Julia Diamond. Photo courtesy of the Music Center Los Angeles.

How will the altars help families to come together and grieve collectively?

“There's one thing to see statistics and data. But there's really another thing to come and experience a work of art that someone has created with photos, mementos and memorabilia, and to really feel tangibly the experience of loving someone and having lost them.

There is a community altar for people to leave a memento of loved ones. They can bring a photo or an object that reminds them of someone that they've loved and lost. They can place it at the altar amidst photos and mementos from people across LA. And I think that will really help people feel this sense of connection.” 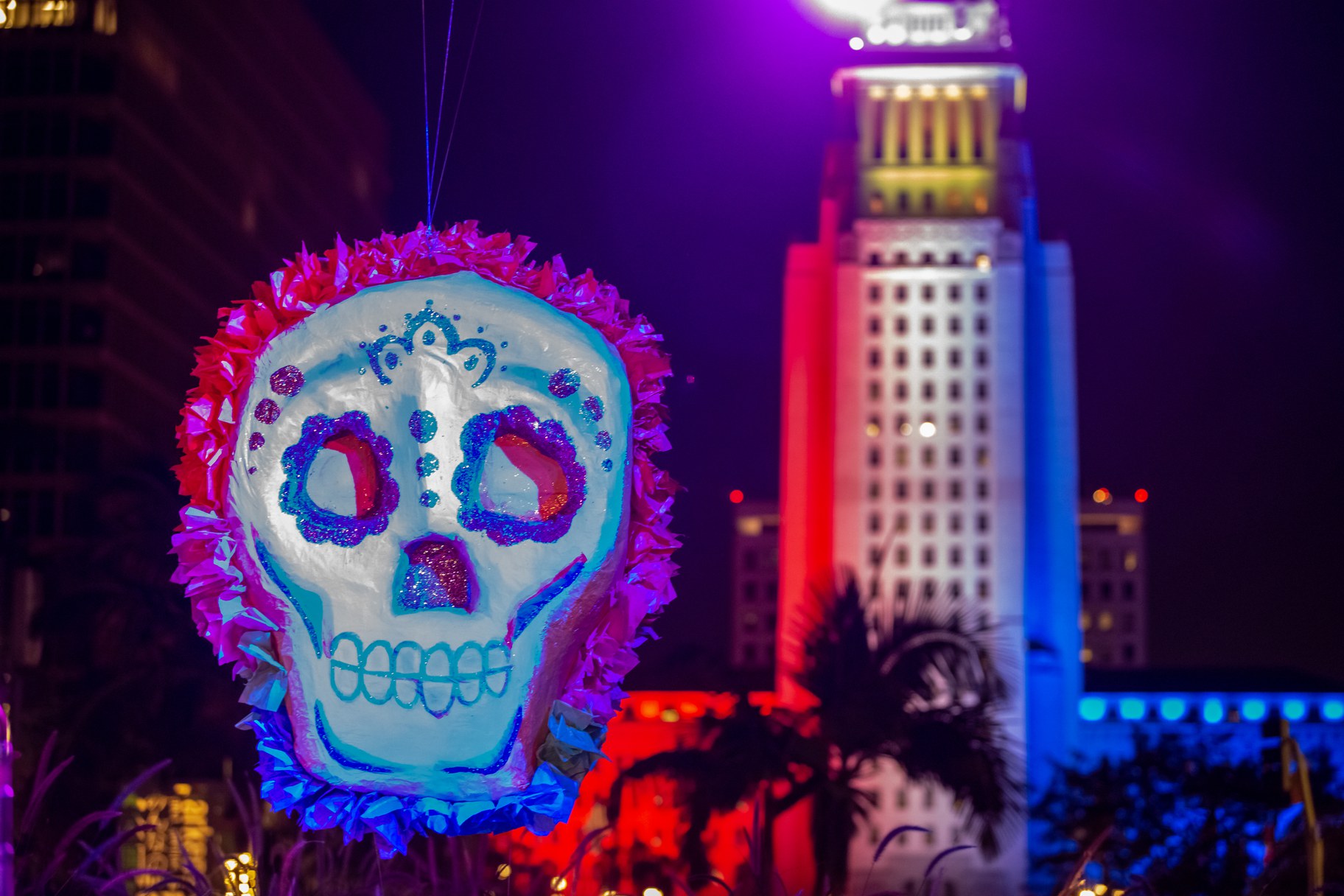 A 20-minute workshop for children will be offered on October 23 to help them create their own “calavera,” or decorative skulls, using air dry clay, paper plates, and other craft items, according to Grand Park officials. Photo courtesy of the Music Center Los Angeles.

This year's observance will feature 20 “ofrendas” at Grand Park.

What do they involve, and who's designing them?

They are often created by organizations that choose either to commemorate a person, a leader, or someone who has a critical voice in the work that they're doing in the communities they serve.” 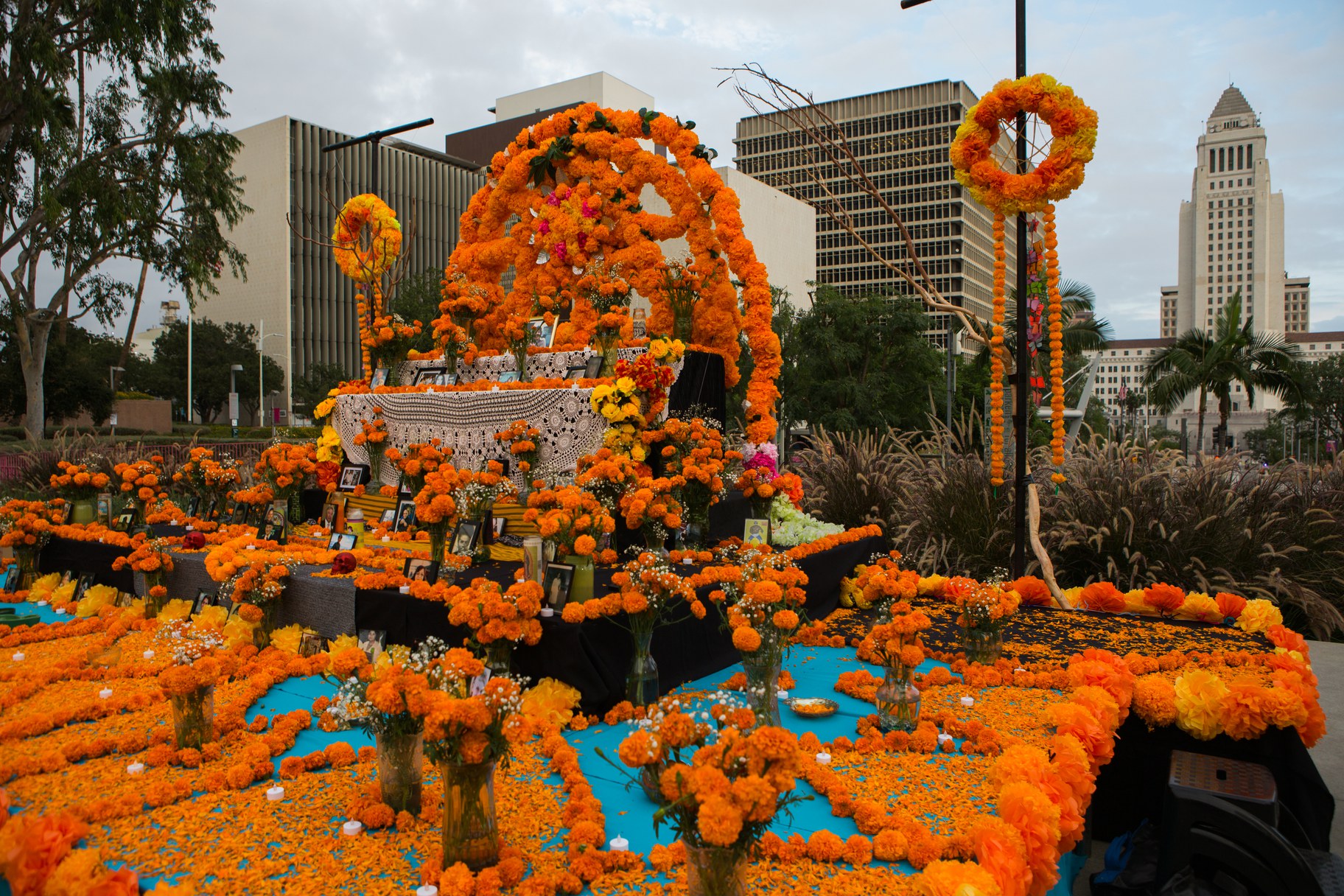 Event organizers are encouraging park-goers to contribute to the community altar by adding photos and mementos of their loved ones who lost their lives during the pandemic. Photo courtesy of the Music Center Los Angeles.

What is the scale of these “ofrendas?”

Some of them are 360 [degrees], so you can walk all around them and view them from various perspectives.

The community altar is over 20 feet by 20 feet.

They’re very elaborate in terms of the materials that they're made with.

South Central farm, for example, often works really intricately with produce and foods that they actually grow. It’s what is really near and dear to the organization that's creating them.”