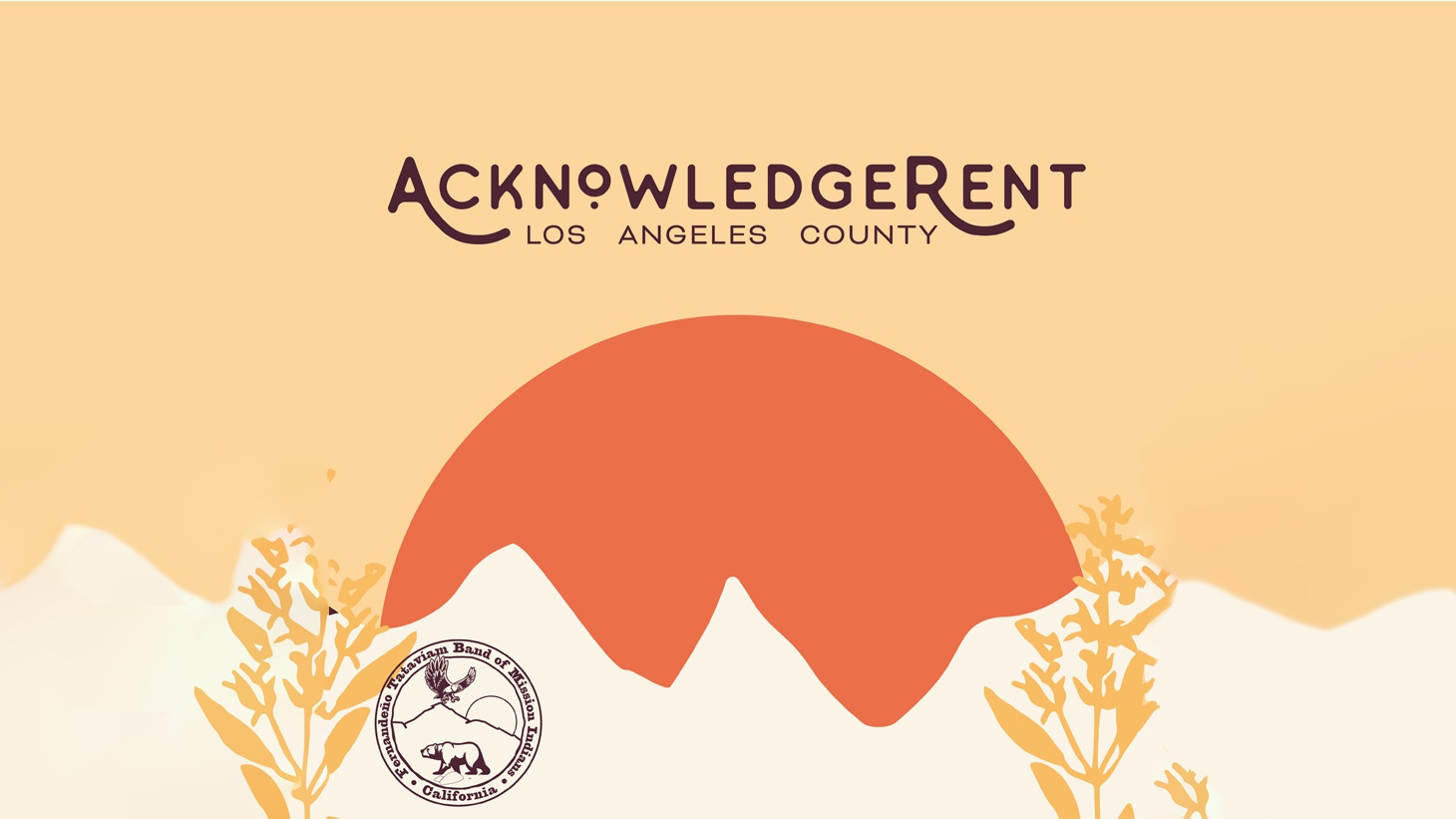 LA County’s decision to transfer ownership of Bruce’s Beach may have paved a way for a bigger debate. Large portions of California were previously owned by Native people, so now a local tribe is asking residents who live or work on the tribe’s ancestral land to volunteer small financial contributions.

The Fernandeño Tataviam Band of Mission Indians, a Native sovereign nation of northern Los Angeles County, has set up a website, encouraging people to recognize that they are using land that had originally belonged to the group by paying rent. Rudy Ortega Jr., the tribe’s president, says there’s plenty of evidence, like Mission San Fernando baptismal records and death records, that shows his ancestors owned and controlled about 1.3 million acres of land before it was forcibly taken away from them.

“We estimate 400 AD, as far as the principle of the tribe's existence, through the areas of the San Fernando and Santa Clarita Valleys, and in Simi Valley as well.”

Ortega also says his tribe’s history can be traced through anthropology and archaeology work such as cultural sites, pictographs, cave and baroque paintings.

While the tribal leader realizes many people may have purchased homes and properties over the years without the knowledge that they are occupying the native land, he wants Angelenos to think of voluntary contributions as a sign of compassion.

“We were practically erased from society and history. What we're asking for is a little amount of rent that can pay tribute to the tribe, and acknowledge the existence of our tribe's history and the fact that they're on Native land. We're not forcing folks or demanding it. We want this to be a relationship part of it. And we want them to understand who we are, and share the space that they live on or work on.”

Ortega says donors are free to decide how much to give, as little as a few dollars a year. But he highlights that the money helps the Fernandeño Tataviam Band of Mission Indians sustain its culture and history.

“It's very difficult for a tribe in our position that is not federally recognized — not really having all the legal support in the State of California.”

But the request for voluntary contributions is a temporary solution for the tribe. It’s hoping for a long-term resolution to regain some of the official territory that was granted to the tribe, mirroring what happened in the case of Bruce’s Beach.

“There were land grants that we had in the San Fernando Valley — 80,000 acres of land. What we're asking is in our county or the City of LA, there's still remaining from the land grants to be returned to the tribe that are vacant and open.”

Ortega says while he believes not all of his ancestral land will be returned, he hopes the State of California will look into the future of reparations for Native people, not just for the descendants of Black slaves.

“I think it's only fair that the State of California also looks at the disparities that are caused to Native people and the land that [the state] has taken.”