Cracking down on guns: Why CA lawmaker is on a mission 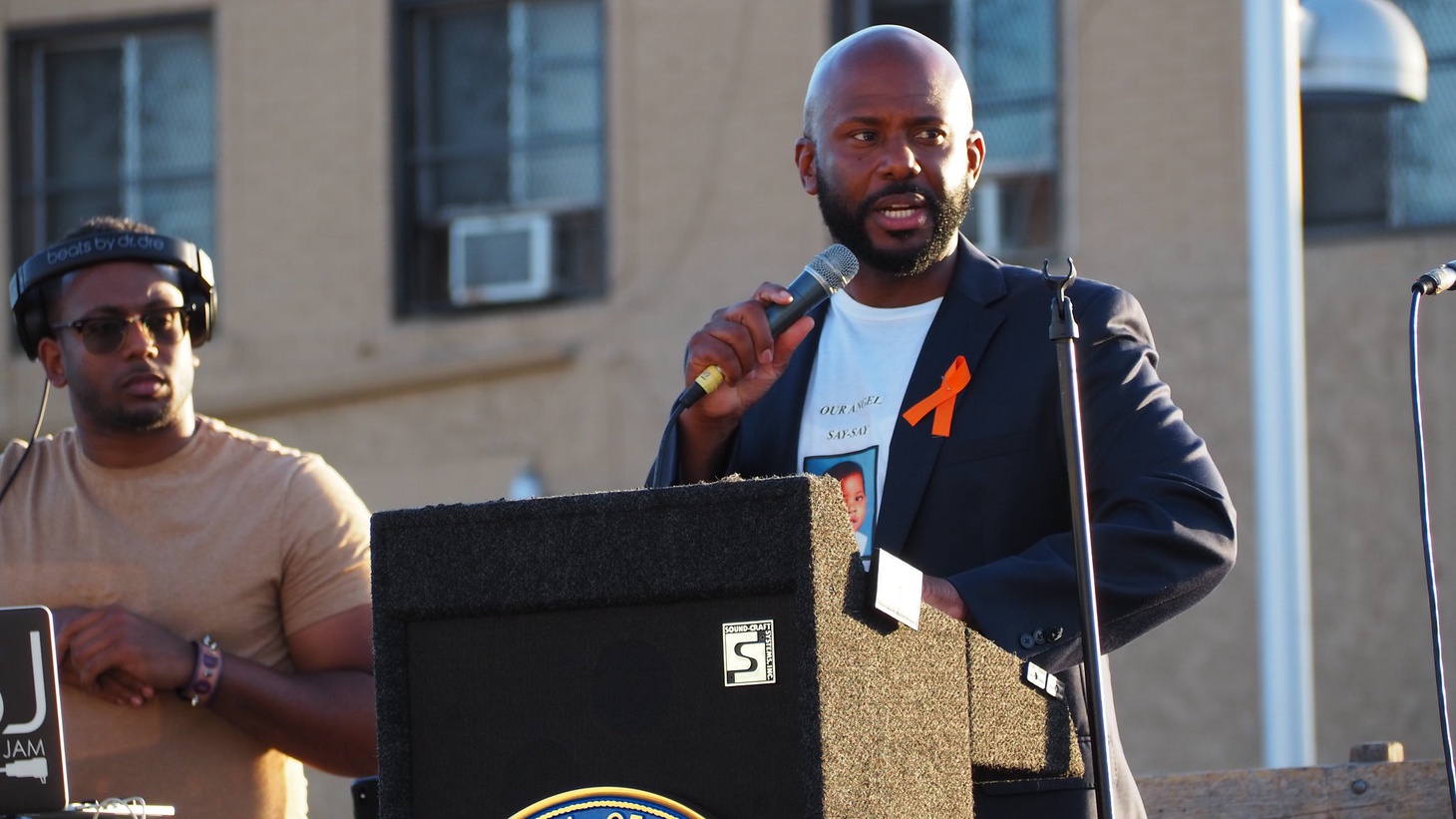 State Assemblymember Mike Gipson has been pushing to end gun violence for California, especially in his district, which includes South LA. “We wish that people die of old age — not by gun violence, not now, not in this state,” says Gipson. Photo by Luke Harold.

Gun violence has skyrocketed across California since the start of the pandemic. In Los Angeles, it reached a 15-year high in 2021. With pressure mounting to address the crisis, several California lawmakers are pushing new legislation, which would allow victims of gun gun violence to sue firearm manufacturers and dealers. State Assemblymember Mike Gipson is one of them, and he says his personal experience has helped shape his passion on the issue.

How will your new bill target ghost guns?

Mike Gipson: It continues to hinge upon the work I did in 2017 [when] I introduced the first ghost gun legislation of its kind in the country. That's Assembly Bill 879 — banning the parts that assemble and make up a ghost gun.

This [new] bill will ban not just the parts but the entirety of a ghost gun. A ghost gun is something that law enforcement doesn't even know exists. It means that [it] has no serial number. Law enforcement is sometimes outmanned and outgunned because of these high power guns that are winding up on our streets.

Just last year, the Los Angeles Police Department indicated in a town hall meeting, they seized over 600 ghost guns just in the South Los Angeles area alone — 600. Can you imagine what would have happened if those 600 ghost guns would have wound up in the hands of the people, trying to keep their identity hidden and take people's lives out? That's the urgency.

There is another bill that you’ve co-authored that would basically allow the victims of  gun violence to hold firearm makers liable. Isn’t that unconstitutional?

It is not unconstitutional. It gives people the private right of action to file a lawsuit against, [for] example, a Smith & Wesson or another gun manufacturer in this state.

If you're in a car, the seatbelt didn't give away, and god forbid you lose your life or someone close you loses their life, that manufacturer of a seatbelt in the car is now held liable. The family members can now sue them. Why shouldn't we have the same private right action as we do for car manufacturers, as we do with a lawyer who malpractices, a doctor who malpractices? Why shouldn't we not be able to sue a gun manufacturer?

It is absurd that we have such exemptions in this state. California is moving in a direction with the support of our governor to say enough is enough. We want to do this to save lives, not end them.

In Texas, private citizens are now allowed to sue abortion providers and clinics. In response to the law, Governor Newsom called on lawmakers in California to use the same principle to target weapons manufacturers. Are you directly responding to the governor's call?

We absolutely are. If Texas can sue doctors for performing abortions to end life, why shouldn't we be able to sue and hold gun manufacturers accountable and liable to save lives? That's the same premise.

We want to empower California to do this because … I am not exempt from the same thing as other people are being a victim of. My son and his fiancee [were] walking down the street on April 5, 2020, but [they were] confronted by gun violence.

My son was shot twice in the back. His fiancee was shot in the leg. Another man on the street was killed in his car. No one is gang affiliated — wrong place, wrong time. We believe and conclude that possibly the weapon that was used was in fact a ghost gun. As a father, I must do this to save lives in the state of California.

How did gun violence impact your family and the work you do?

It shakes your very core. It causes you to lose senses. It makes the world slow down as you're walking, driving in slow motion, or trying to grasp what the caller just told you and made you aware of. Your whole world stops.

Thank God that we're at a point where the both of them lived [and] the guy who worked on his car and was shot in the hand he lived. But one young man, Gary, who I did not know, lost his life on that day.

It’s another indication why myself, as a father who has been victimized by gun violence [and] a state assemblymember in this position, need to do everything that I can to make sure that we save lives. We wish that people die of old age, not by gun violence, not now, not in this state.

Do you think your GOP colleagues in the state are going to sign onto these bills?

We have already received a number of people as co-authors and joint authors of both pieces of legislation. We believe that when these bills get to the floor, we will have a resounding aye recommendation. These bills will be part of our trajectory in the state of California.

But my hope is that this [is a] solution for other states around the country who's going through this. If Congress cannot do their damn job by passing good, strong legislation that protects Americans, then it is incumbent upon states like California to do it ourselves.