How do law enforcement handle domestic terrorism in the digital age? The communities of Gilroy, El Paso and Dayton are recovering after attackers shot and killed at least 34 people and injured dozens more.

It turned out that the El Paso shooter wrote a manifesto saying his actions were a response to the “Hispanic invasion.” FBI also recently discovered that the Gilroy shooter may have had a target list of religious groups and US buildings.

Erroll Southers, Director of Homegrown Violent Extremism Studies at USC, and a former FBI special agent talked to KCRW about how domestic terrorism has grown, how law enforcement handles threatening speech, and how Angelenos can protect themselves from mass shootings at public events. 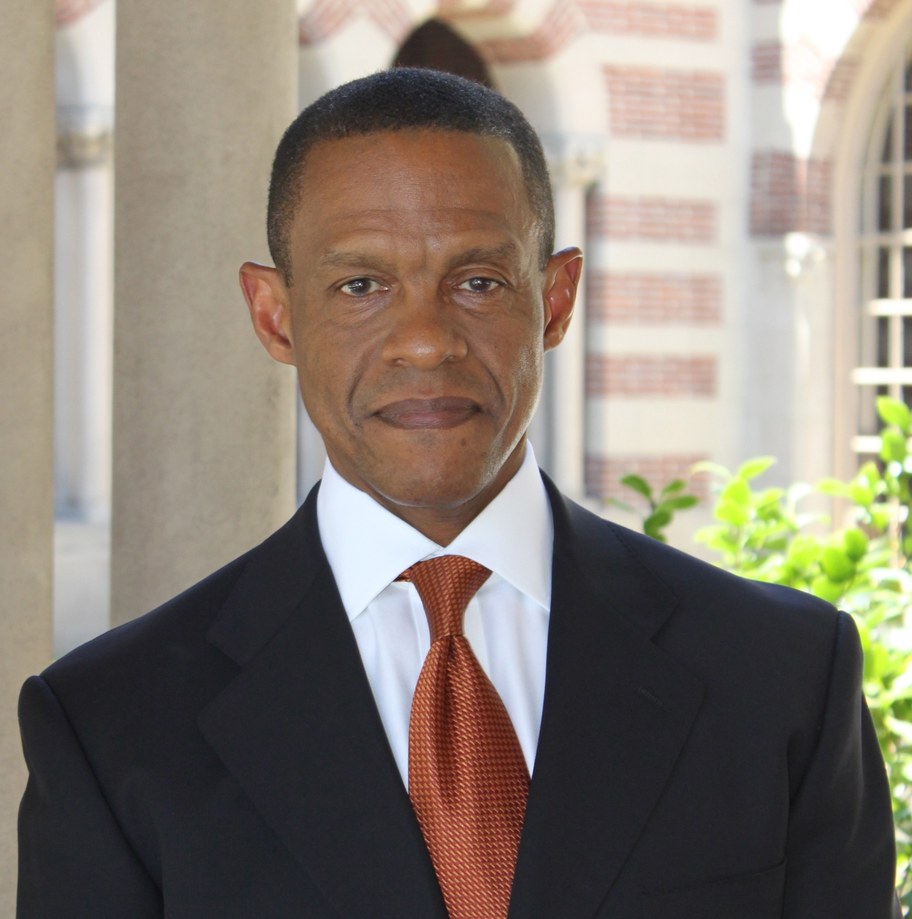 KCRW: How has homegrown extremism and domestic terrorism changed from the 1980s-1990s to this social media era?

Erroll Southers: It's taking advantage of the virtual world in leveraging their ability to connect with each other to explore different opportunities to attack, and more importantly to become an echo chamber for the things that they do actually engage in before and after. With these manifestos, and in the case of Christchurch, even being extremely innovative and deciding to livestream the events.

It is all about marketing and sharing your belief. There is a saying that goes: when you have an attack, they want more people watching than people dead. And so every time they're able to post and broadcast their beliefs, their strategies, their ideologies, their following, it's an opportunity to recruit. It's an opportunity to radicalize additional individuals.

Hate speech online is a spectrum, right? Everything from racist, anti-semitic jokes on a YouTube channel to a shooter’s manifesto. So where does law enforcement decide it’s time to start tracking this person or to arrest somebody?

Hate speech in the United States is constitutionally protected. Whereas there are other countries [where] if you were to engage in that, you could probably be taken into custody and/or prosecuted. Here, it is a protected activity.

When you do endorse or promote violence, that is when you start to cross the line, which is why we are so challenged by many hate-related sites that know what that threshold is and very cautiously don't cross it. Once they do that, law enforcement has the capacity then to start that investigation and consider how far they're going to let it go before they can actually talk about prosecuting.

I'm wondering if the parameters should change. Gilroy for instance, the shooter cited a racist text from the 1800s, lived in isolation for three months in Nevada, but nothing said he was a threat overtly. So where does a guy like him fall into this particular kind of situation in regards to the attack in Gilroy?

A guy like him actually falls through the cracks, because even if we had the capacity, the algorithm (and I believe we do have the algorithm) to detect that kind of activity -- the resources to devote to every single individual who posts that kind of information online every day is just unmanageable. And even though we have thresholds for who we look at to actually initiate what we call preliminary inquiries, the numbers are just so large. And so you have to prioritize based on threat, based on information and what we call specificity with regards to date, time, location, and method. That's what gets you into the investigative phase to do more.

Gilroy, in my opinion, the security protocol and strategy there was very well done. The fact that that individual had to breach a fence line at the rear of the location tells you that he knew he could not get into the front access entrance, which means that the security was there.

...The fact that there was a one-minute response time in Gilroy is just astounding.... But you can't stop everything, and that's just the challenge.

So you're going to see stepped-up security, more presence, probably more screening with regards to what's going on at the access control points. But you're also going to see… monitoring specifically postings that talk about events coming up and what those persons might be interested in.

We’ve been learning that the Trump administration has re-directed resources away from tracking far-right domestic terrorism threats. What’s your reaction?

It has really reduced our capacity to take on these kinds of threats. The National Strategy for Counterterrorism in the United States of America actually prioritizes "radical Islamist terrorists" and threats from Iran-backed terrorist groups and other transnational terrorist organizations.

What we're missing there is what's happening in the homeland. And you may recall that last year, we had an intelligence unit that was removed from DHS, which would have reported such threats to local law enforcement, and they are actually responsible for monitoring and combating domestic terrorism.

So they need to get us back to where we were several years ago, and we can start there. But it's the funding, it's the resources, the intelligence capacity that we're going to need to be able to mount a fight against these growing threats that we have better homegrown here in America.

Is a racial bias at play when investigating terrorism at the hands of young white men versus, say, Muslims?

What can we do to protect ourselves as we go into events like these?

The old adage of "see something, say something" is very effective. These people don't live in a vacuum. They don't pick targets randomly. So if it doesn't look right, doesn't sound right, it probably isn't.

Local law enforcement, because all terrorist attacks start local, they are the best agencies to be contacted. They have the resources and the connections and they certainly will respond.