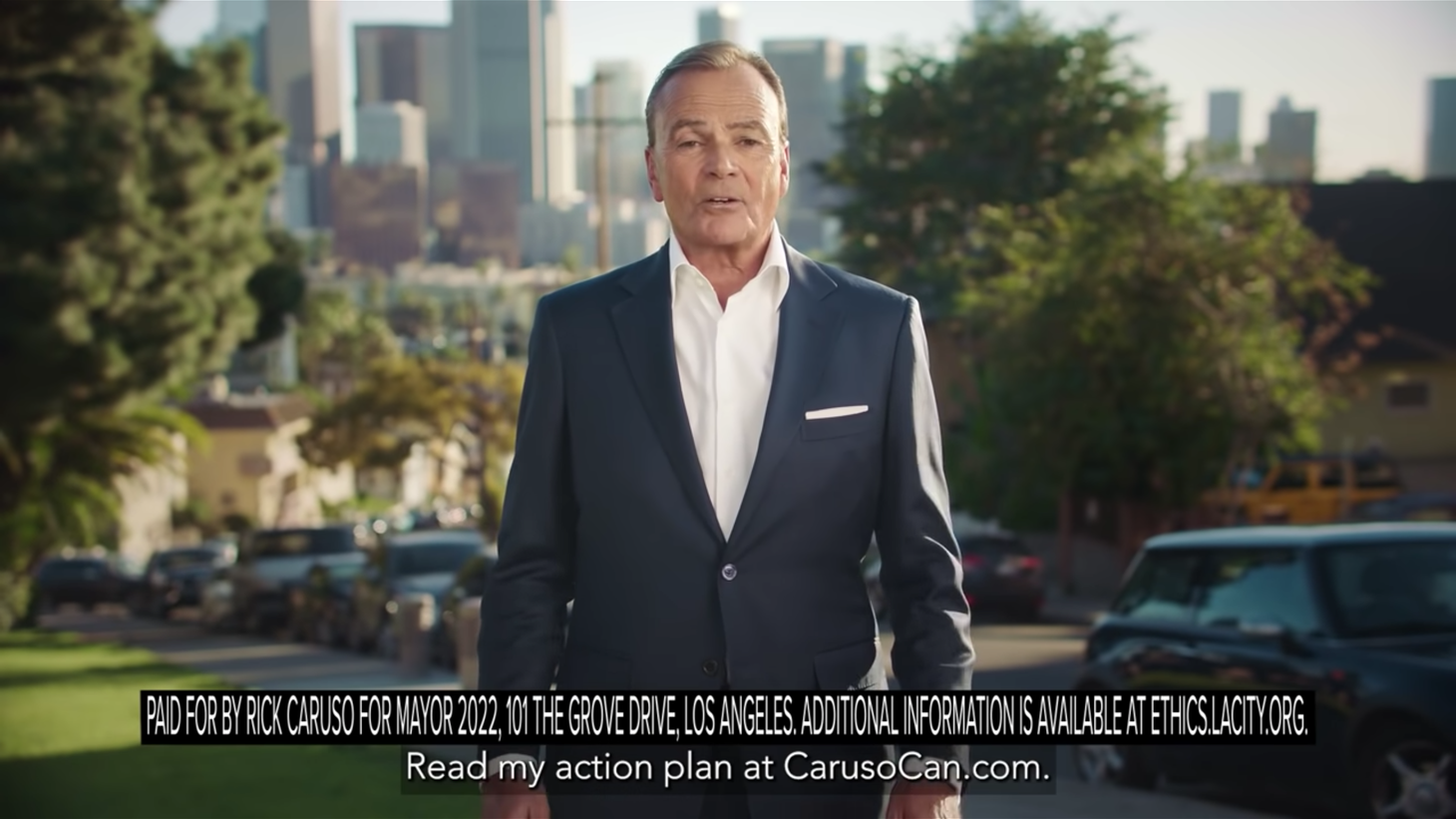 Money is speaking loudly in the LA mayoral race as Rick Cruso taps into his fortune to make a run at Karen Bass, while apparently leaving other contenders in the dust. Video courtesy of the Caruso for Mayor campaign.

If you've turned on the TV in Southern California recently, chances are you've heard Rick Caruso telling you why he should be the next mayor of Los Angeles.

The billionaire developer has been blitzing the airwaves since he jumped into the race a couple of months ago. The strategy may be paying off because Caruso virtually tied for the lead with Congresswoman Karen Bass, according to a recent poll.

“The advantage of money is that you can get your name out and then make a first impression with voters in a big way.”

Newton says that Caruso is following the path taken by another affluent businessman, Richard Riordan, who was elected mayor in 1993 following the LA Riots. Riordan’s campaign focused on reducing crime and cleaning up a political mess left by City Hall insiders. This time around, Caruso has also seized on frustrations over homelessness.

”He has clearly identified a lane, and whether it's enough to win is a different question, but it's certainly enough to lead them into the first tier.”

Bass, meanwhile, appears to have taken a page out of the playbook by Tom Bradley, the first and so far only Black mayor of Los Angeles.

“Karen Bass, I think, starts at least from a coalition that looks more like the coalition that Tom Bradley successfully navigated for years — South Los Angeles, liberals on the west side, smattering of Latinos and moderates and liberals in the valley.”

With a month to go before Election Day, Newton says well-known candidates like City Councilmmebers Kevin de Leon and Joe Busciano and City Attorney Mike Feuer have yet to gain significant traction with voters.

“It seems to be a very uphill climb for anyone other than Karen Bass or Rick Caruso to make the top two at this point. But they've all got an argument to make.”

If no candidate gets 50 percent of the vote in the June 7 primary, which appears likely, the top two finishers will face off in November.