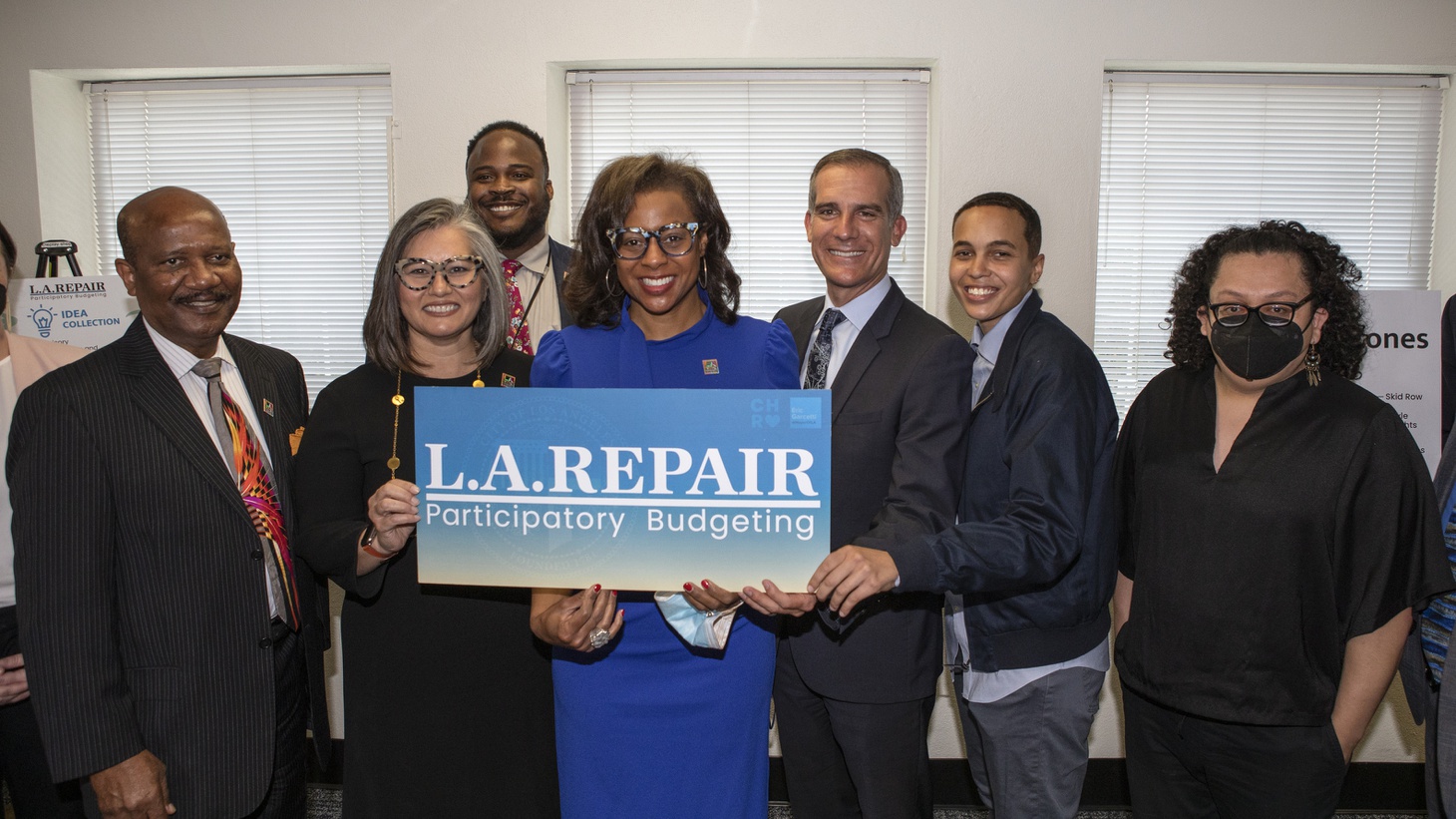 “We want to give the opportunity for real people to have real power over real money,” says Capri Maddox, the executive director and general manager for the LA Civil + Human Rights and Equity Department, of the city’s first participatory budget pilot program. Photo courtesy of Fawad Assadullah/Mayor of LA.

Imagine if you and your neighbors could band together and decide how to spend tax dollars. That’s the kind of opportunity the City of Los Angeles seeks to create for nine communities under its first participatory budgeting pilot program called Los Angeles Reforms for Equity and Public Acknowledgement of Institutional Racism (LA REPAIR).

Under the plan, first proposed in Mayor Eric Garcetti’s 2021-22 budget and then fleshed out by the LA Civil + Human Rights and Equity Department, the selected zones will receive a combined $8.5 million to develop and vote on projects.

“We believe that everyday people in these neighborhoods are the best people who decide how this money should be spent,” says Capri Maddox, executive director and general manager of the LA Civil + Human Rights and Equity Department. “It's not only about righting wrongs, but it's about growing democracy.”


LA launches the city’s first participatory budget program to give nine communities $8.5 million to spend on projects that affect them.

Participatory budgeting is not a new concept. The civic progress was started in Brazil in1989 and has since expanded to more than 7,000 cities, including New York City, Long Beach and Sacramento.

“They’ve had success in so many ways to really figure out exactly what people need,” says Maddox. “In some instances, it may be assistance with child care programs or services for transportation.”

The program will roll out in two phases: The first phase will focus on three REPAIR zones, and the second will include the other six zones.

Maddox says her department will begin taking ideas for where the money should be allocated in late August. City officials plan on canvassing and hosting events to reach everyone in the community.

After vetting the ideas, community-based organizations will submit their proposals, which residents will then vote to narrow down the favorite idea to be put on the ballot. The winning ideas will be funded immediately.

“We hope that through this engagement, we will build lifelong relationships with communities that have often not had their voices heard in City Hall,” says Maddox.

Which communities are included in the pilot?

The three zones that will be in the first rollout of the program are Mission Hills-Panorama City-North Hills, Southeast Los Angeles and Boyle Heights.

How were the communities chosen?

Maddox says a range of data sets were used to choose the highest-needs areas impacted the most by systemic issues.

Tthe information taken into consideration include unemployment and poverty levels, air and water pollution rates, the digital divide and COVID case rates. That has resulted in at least 87% of residents in each REPAIR zone being people of color, and at least 16% of residents living below the poverty line.

Maddox says the zones line up almost perfectly with 1930s redlining maps, when neighborhoods were defined by race, and communities of color were denied federal home loans.

What are the next steps?

The city will be forming a steering committee with 17 residents of each REPAIR zone. The committee members will attend up to eight virtual meetings to develop key decisions about the process and the overall design of the program.

Anyone over 16 in the REPAIR zones can apply to be a committee member through early June at Repair.LACity.org.