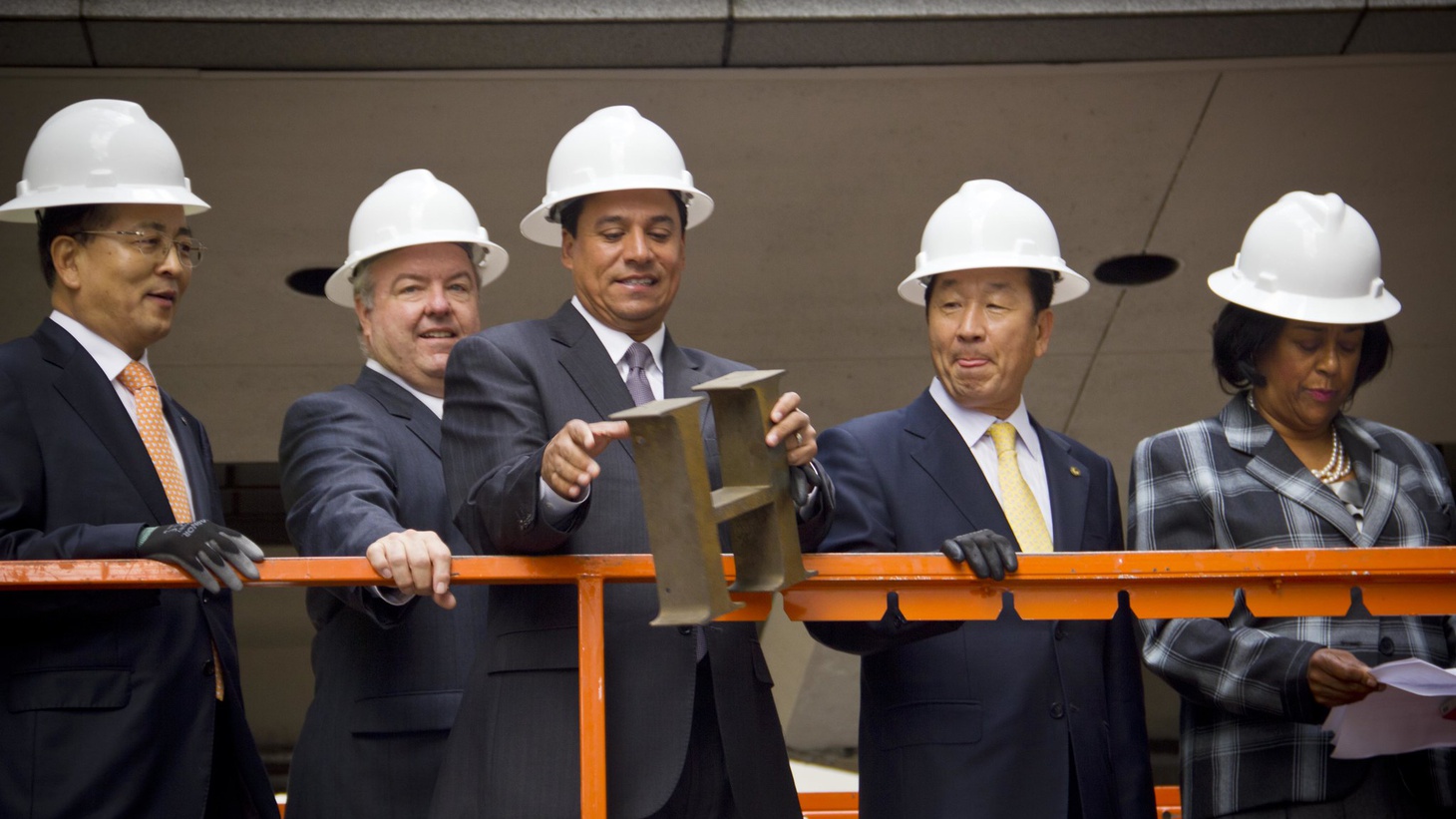 A federal jury in Los Angeles found a real estate developer guilty this week of bribery, fraud and obstruction. Dae Yong “David” Lee was convicted of paying a $500,000 bribe in 2017 to then-City Councilmember Jose Huizar to help win approval for a new condominium project in downtown LA. He faces up to 50 years in prison.

It’s the latest installment in a long-running corruption scandal at LA City Hall, with Huizar accused of being the ringleader. He’s due to go on trial next year, alongside a former top official with the LA Department of Building and Safety. Yet another trial this October will feature a developer called Shenzhen, which is accused of helping Huizar pay off a staffer who accused him of sexual harassment.

Politics reporter Jon Regardie has been following the story for Los Angeles magazine, and tells KCRW it was critical for prosecutors to win a conviction in Lee’s trial.

“Both for what it does now and for what it sets up going forward,” Regardie says. “It sends a big message to anyone in upcoming cases that ‘Yeah, they have their stuff lined up.’”

Several others have pleaded guilty to corruption charges for their roles in the scandal and could be called to testify against Huizar. Meanwhile, former LA City Councilman Mitch Englander pleaded guilty to lying to authorities investigating City Hall corruption and was sentenced to 14 months in prison. Regardie says for Huizar, it's been a stunning downfall for a politician who was once held up as an "American success story."

“A guy who was thrown out of his middle school had really risen up and become an incredibly powerful person. But that’s all been taken away,“ Regardie says. “It’s been incredibly disappointing for people within the district who wanted projects to move forward, who wanted the community to move forward.”

Regardie says another unfortunate outcome is the scandal has eroded trust in local government, an issue that is now a factor in the LA mayoral race.

“One of [Rick] Caruso’s three main points during his campaign has been that he wants to end City Hall corruption. Karen Bass has also been asked about corruption within City Hall. And obviously when people are asking about that, they are pointing specifically at this case with Jose Huizar.”