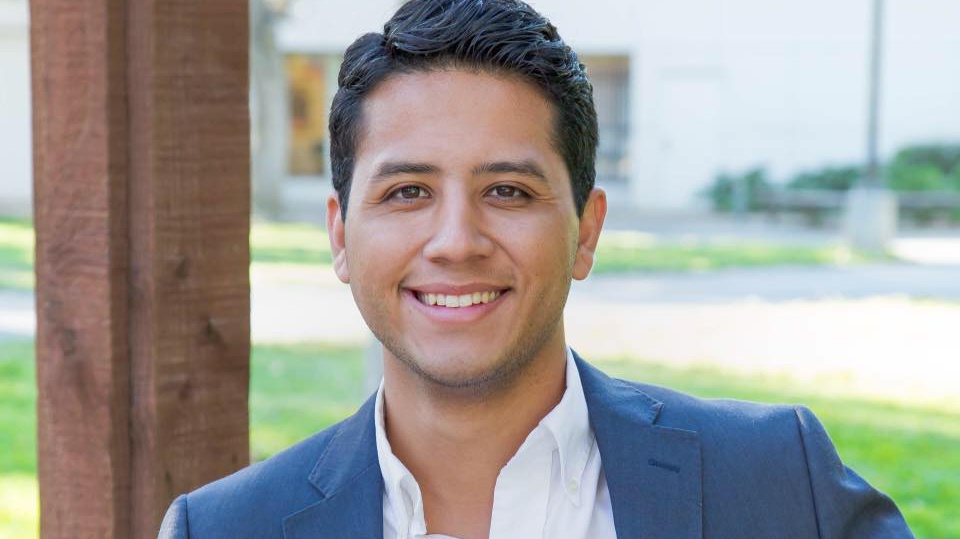 “We recognize the wonderful work that he did in the fields, and the progress that [he] made for farmworkers, but his impact really went beyond that … inspiring generations of people from all walks of life,” says National Chavez Center Executive Director Andres Chavez. Photo courtesy of the National Chavez Center.

For many Americans, the name Cesar Chavez is synonymous with the 20th century labor movement. However, for the National Chavez Center Executive Director Andres Chavez, he’s simply known as “Tata.”

Chavez is the grandson of the iconic labor and civil rights leader, and he’s hoping to carry on Cesar’s work into the next generation, especially amid a wave of unionization across California and the nation.

“Part of the work that I’m trying to do … is show the larger impact that this man had,” says Chavez. “Of course, we recognize the wonderful work that he did in the fields, and the progress that [he] made for farmworkers, but his impact really went beyond that … inspiring generations of people from all walks of life.”

Chavez calls his grandfather a “fascinating individual” and says many people may not know of his work fighting for LGBTQ rights, protesting  the Vietnam War, and supporting environmental issues. He even loved yoga.

“We think there’s a lot of lessons and a lot of examples that he left us that remain relevant today,” Chavez says.

He applies his grandfather’s legacy to  the work that he does at the National Chavez Center in Keene. The 187 acre property in the Tehachapi Mountains was the center of the farmworker movement in the 1970s, and part of it is now a national monument.

“It’s perfectly in the center of California … but it was also a place that was very peaceful,” Chavez says. “It allowed folks who were involved in the farmworker movement to recharge their spiritual batteries and get their energy right for the battles ahead.”

Beyond being a place where visitors can learn the roots of the farmworker movement, Cesar’s office and library, and the final resting place of Cesar and his wife Helen Chavez, the National Chavez Center grounds is special to Chavez. It’s where his “Nana” and “Tata” lived, and where he congregated with family.

“It’s a little two-bedroom house — you can imagine 30-plus cousins and family crammed into [it]. But for us, it was a place of a lot of warm memories,” says Chavez.

Chavez is hoping that visitors will someday be able to tour the home, but for now, the National Chavez Center is celebrating its 10th anniversary by working with the National Park Service to add more interactive exhibits and interpretive hiking trails.

“[It’s] so that folks can come up here and not only visit the national monument, but also walk the grounds that Cesar and other giants walked, and to experience that peace and serenity,” says Chavez.

As for his own legacy, Chavez hopes to inspire people to abide by something his grandfather said: “It is my deepest belief that only by giving our lives do we find life.”

“If there’s anything we want to leave behind for ourselves, is just this idea that we dedicated our lives to being of service,” he says.