Obama portraits are expected to draw big crowds at LACMA The official portraits of former President Barack Obama and first lady Michelle Obama are on a national tour. Making the only West Coast stop, the paintings are coming to the Los Angeles County Museum of Art (LACMA) on November 7.

The Obama paintings deviate sharply from traditional White House paintings — both in color and style.

It’s also a first as they are the work of Black artists. LA native Kehinde Wiley painted President Obama’s portrait, and Amy Sherald, who hails from Georgia, is the artist behind the first lady’s depiction.

“Sherald’s portrait of Michelle Obama has her in a very elegant and relaxed pose,'' says Christine Y. Kim, Curator of Contemporary Art at LACMA. “She's wearing a dress that almost has a geometric quilt-like pattern that relates to traditions in African American quilting into abstraction and art history.” 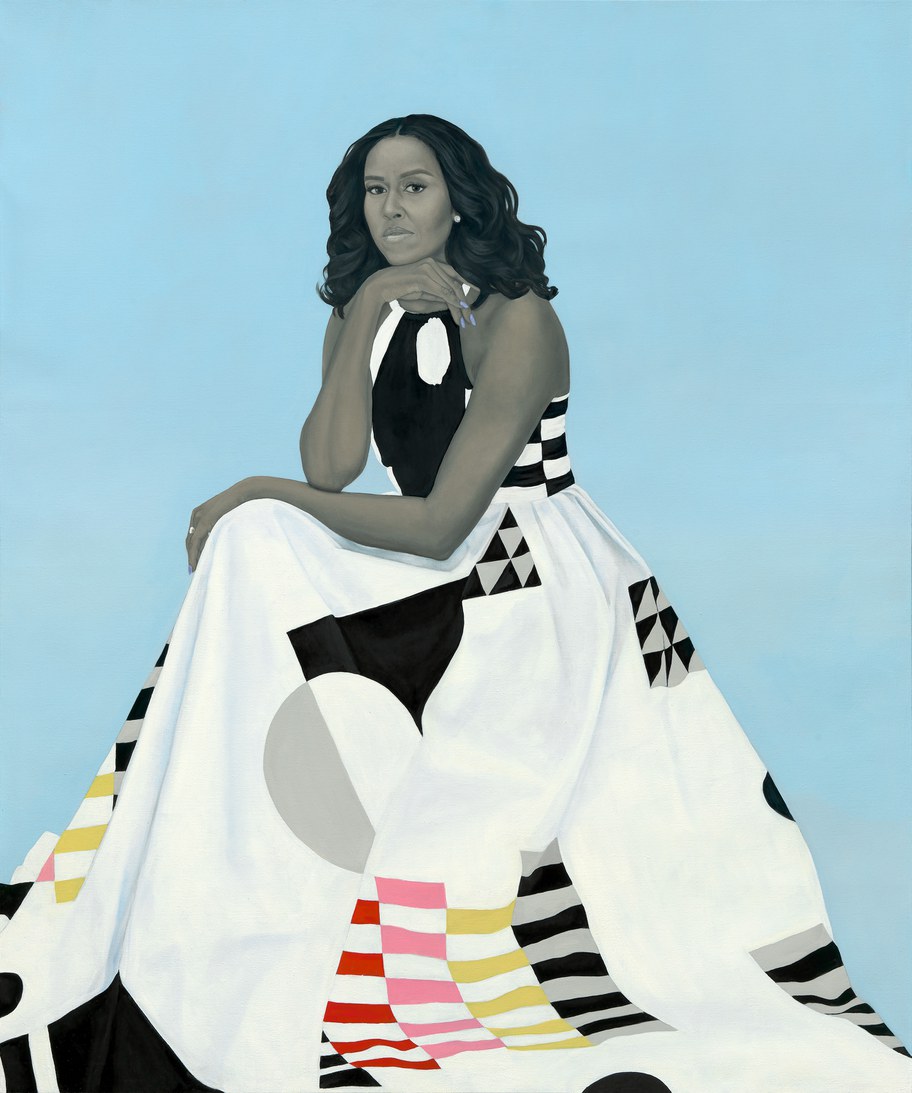 “Obama is seated in a chair in a somewhat relaxed pose. He wears a shirt and suit but with the top button open. He's against a beautiful topiary background with flowers that relate to the city of Chicago, Hawaii and Kenya, three elements from his background and history.”

Kim says the Obama portraits have already had a major impact in the art world.

“If we look at how the the conversation around portraiture has expanded, even specifically African American portraiture, since the unveiling a few years ago, we see a lot of artists interested in the elements, the visual languages, the color schemes, the artistic strategies, the scale, and so many ways that that younger artists or newer artists are looking at portraiture.”

Kim says the paintings have been a hit at the National Portrait Gallery in Washington, D.C., and during the tour’s first stops in Chicago and Brooklyn. Later they will visit Atlanta and Houston.

The two-month showing coincides with another larger exhibit at LACMA, “Black American Portraits.” 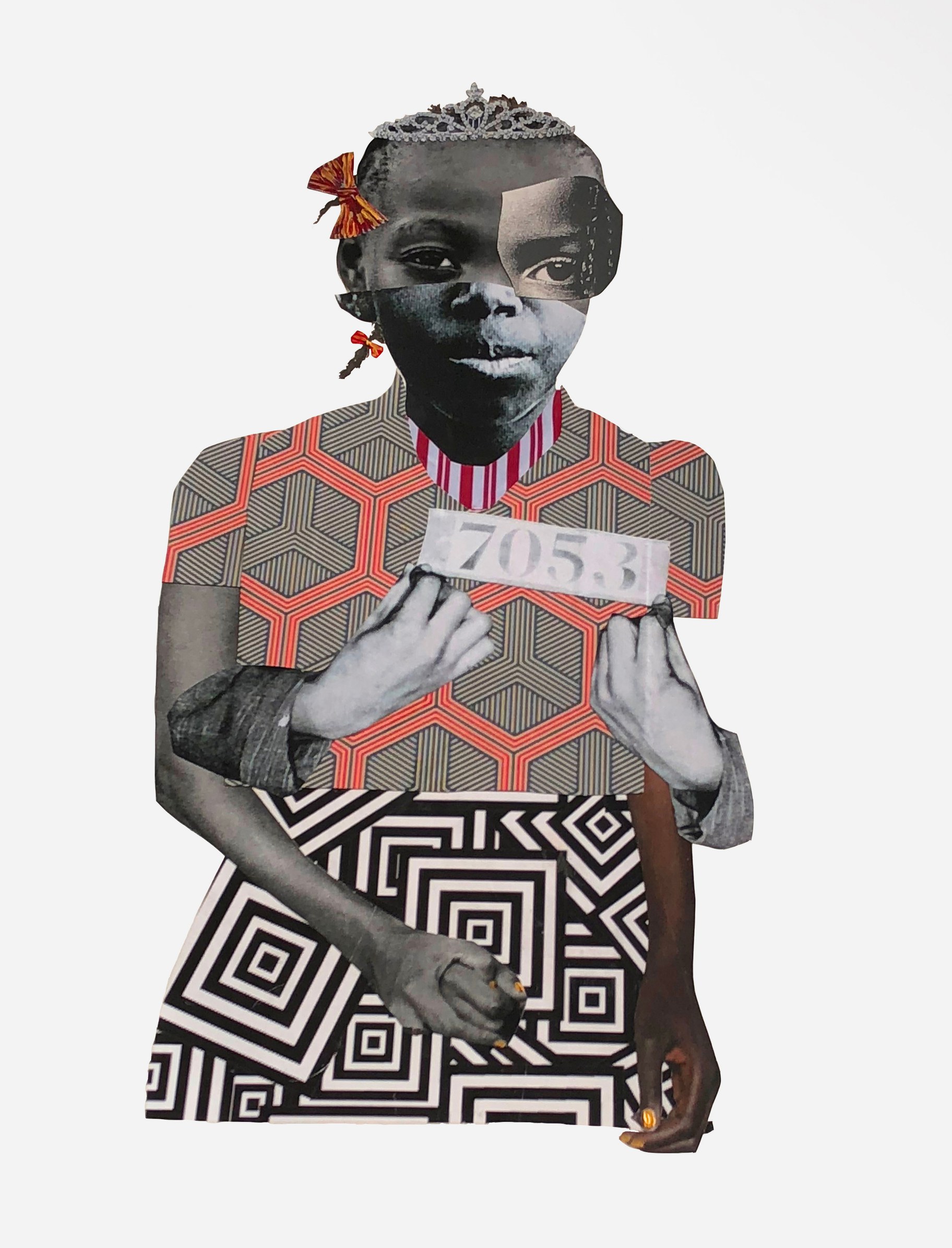 “Breaking Ranks” by Deborah Roberts is one of the portraits in the “Black American Portraits” exhibition, which coincides with “The Obama Portraits Tour” at LACMA. Photo courtesy of Philip Rogers.

LACMA is holding community events to celebrate the paintings’ arrival, which are expected to bring a stampede of visitors to the museum in the coming weeks.

“The Obama Portraits Tour” and “Black American Portraits” will be at LACMA from November 7 through January 2.