Protesters place their sunflowers on a makeshift memorial on the wall of the Silver Lake Trader Joe’s. Photo by Cerise Castle.

Hundreds of protesters gathered outside of the Northeast Los Angeles Police Department Station Sunday for the March for Mely. The social action paid homage to Mely Corado, who was shot and killed by Los Angeles police officers during a shootout with a suspect who barricaded himself in a Silver Lake Trader Joe’s. Organizers handed out sunflowers, Corado’s favorite flower, to participants. The march wound through Atwater Village down Glendale Boulevard, and into Silver Lake down Hyperion Avenue. 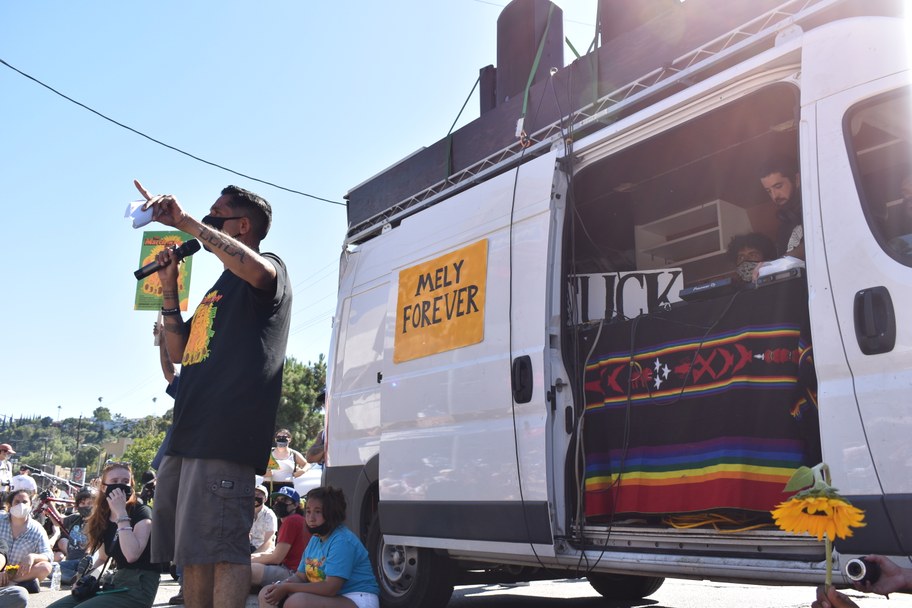 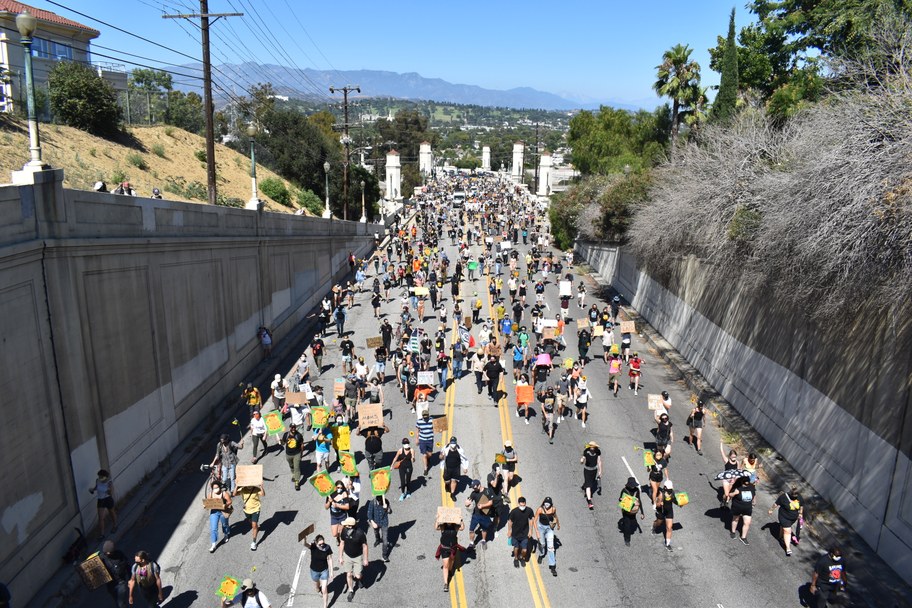 The route concluded outside of the Trader Joe’s location where Corado was killed in 2018. Speakers at the end of march included Nithya Raman,

a candidate for Los Angeles City Council in District 4, the region in which the shooting occurred.

“We cannot accept that shooting through the windows of a crowded grocery store on a Saturday afternoon [is] considered to be in policy for the department that is supposedly charged with keeping us safe,” Raman said. “We cannot accept that less than a year, after Mely's killing another officer fired his weapon in a crowded grocery store, killing Kenneth French, a disabled man and shooting both of his parents and then this officer still works at the LAPD.” 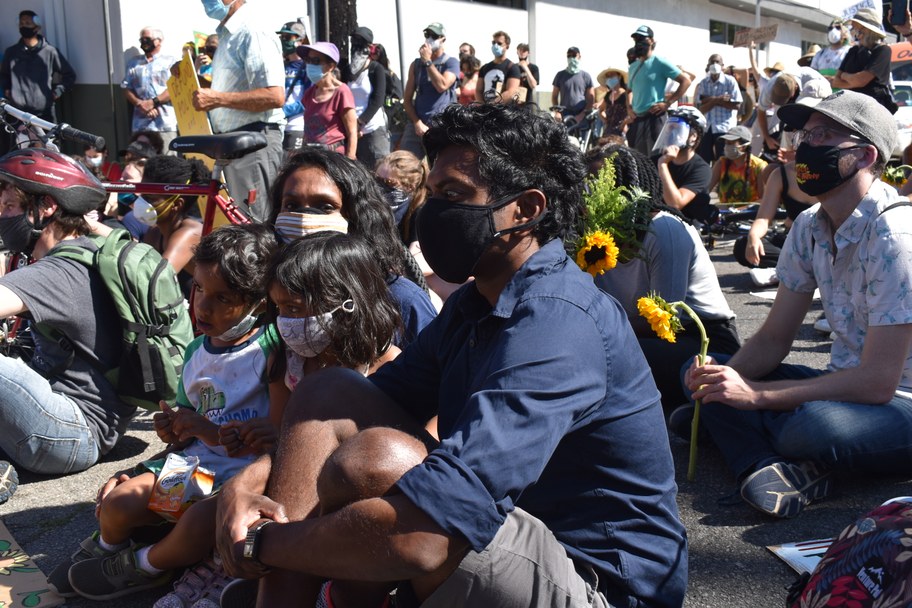 City Council candidate Nithya Raman listens to speakers at the March for Mely with her husband and two children.

Corado’s family delivered emotional speeches sharing how her death has impacted them. 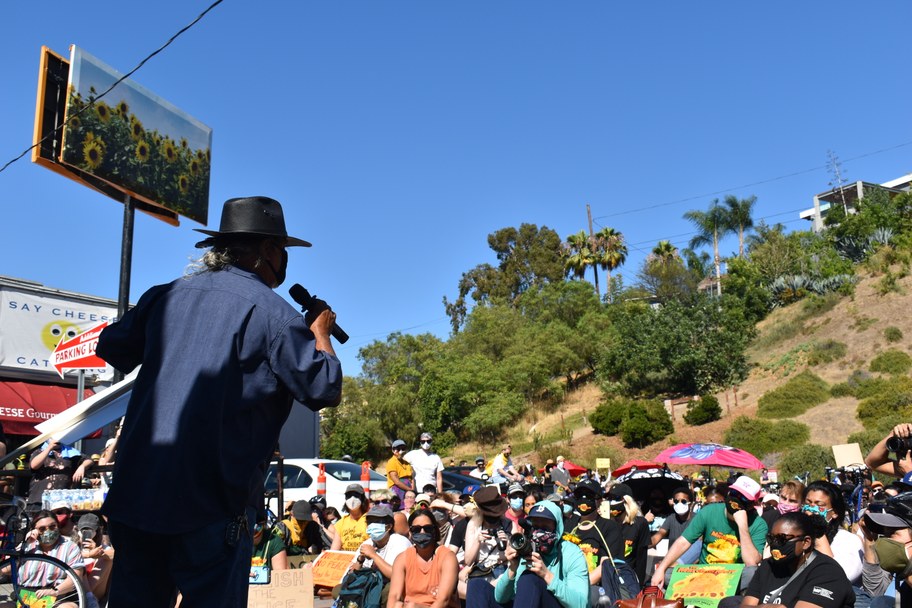 Albert Corado Sr, Mely Corado’s father, says that he will never be able to put them back together. 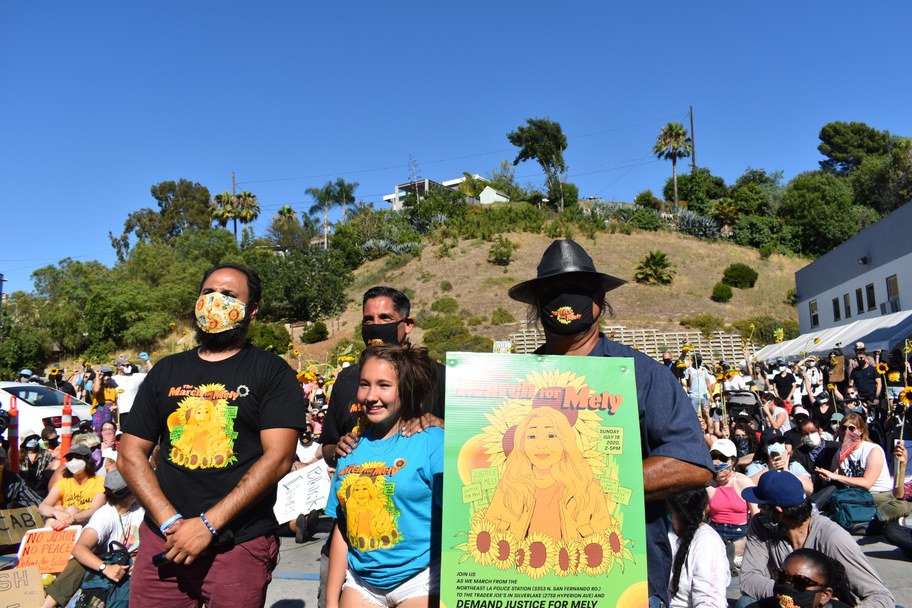 Mely Corado’s family gathers at the conclusion of the march.

Albert Corado, Mely’s brother who organized the march, shared that he thinks of her death every day:

“Every time I drive down the street, I picture the inside of that Trader Joe's and I think of Mely bleeding out … I try to think about what she thought about in your final moments. And I don't really know what to make of that. But I do know is that when that happened, I knew that it was going to be my mission to hold the people responsible, accountable.” 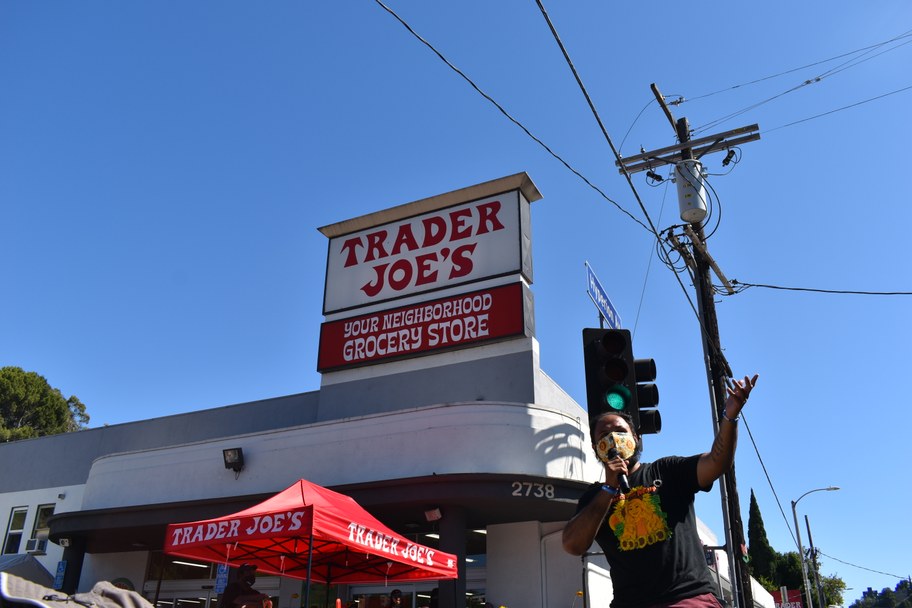