Dozens of large colorful portraits are currently hanging along the sidewalk of Linden Avenue in Carpinteria.

They were captured by photographer Patricia Houghton Clarke, and are part of an exhibition called “Facing Ourselves.”

The project began in 2011 in Southern Italy, where Clarke did an artist residency in a small agricultural town of Martignano, which has a long history of migratory labor.

When the refugee crisis hit in 2016, she returned to photograph migrants and those who welcomed them into the town.

“I was really interested to see how they, as a people who understood migration, were coping welcoming all these strangers,” said Clarke.

Afterwards, she replicated the project in London. This year, she decided to focus her lens on her own home. 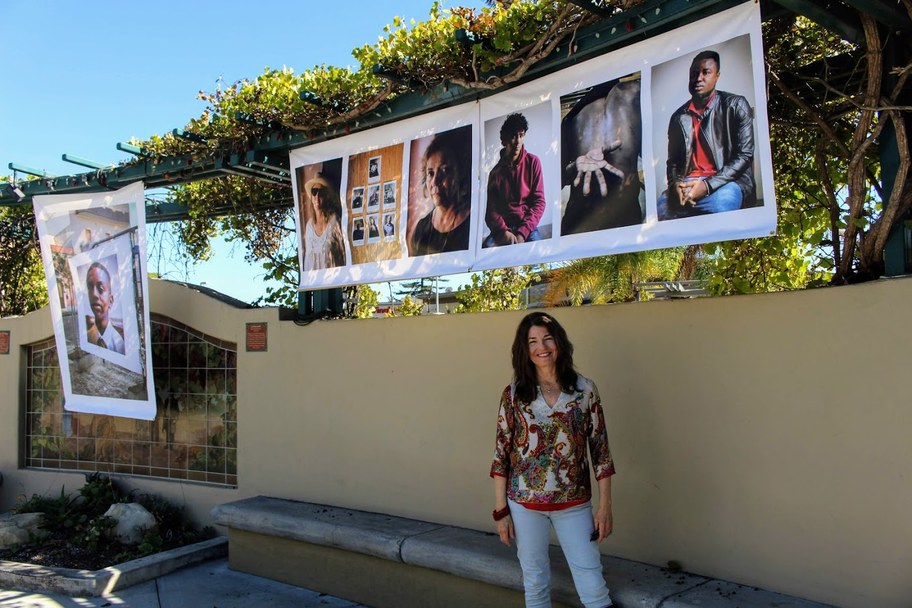 Photographer Patricia Houghton Clarke in front of her portraits in Carpinteria. Photo by Kathryn Barnes.

“Interestingly, because of the immigration issue here in America right now, a lot of the images are more poignant than I have found in other places over the last few years,” she said.

The public art exhibit is part of a larger showing of Clarke’s work inside the Carpinteria Arts Center, which includes portraits of Carpinteria’s mayor, students from Carpinteria High School, and a local undocumented woman who asked to be photographed from behind. 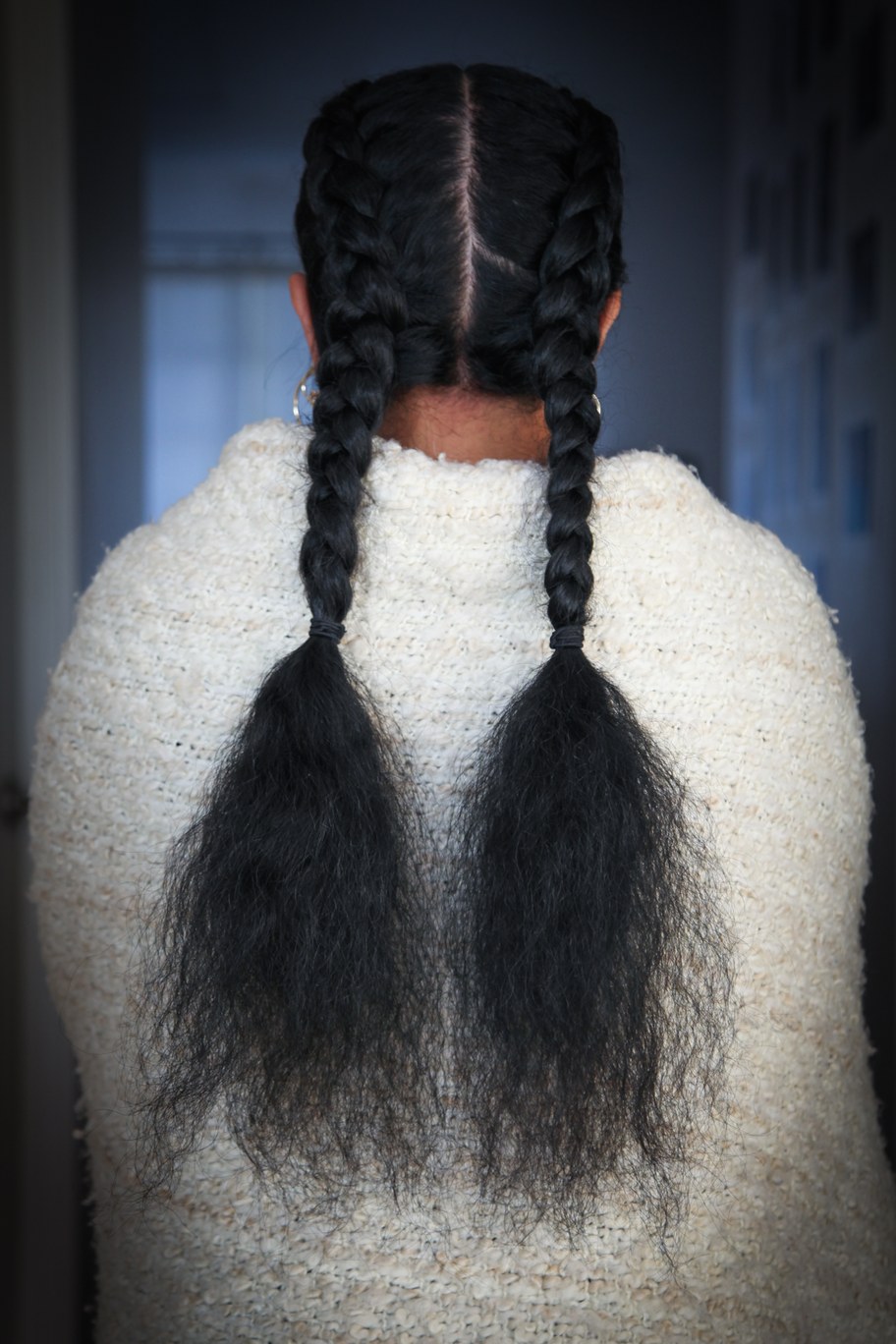 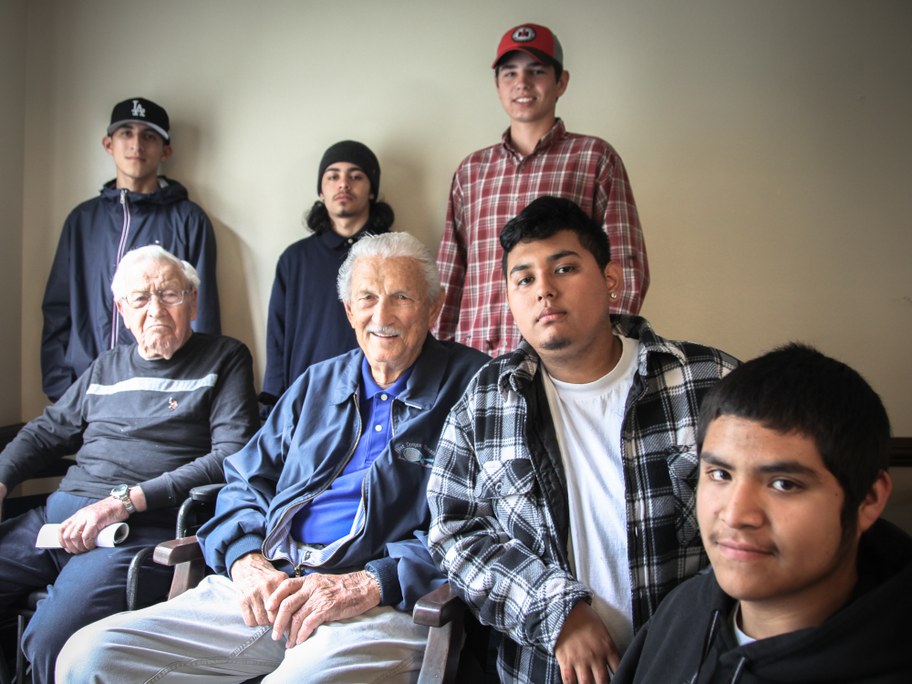 In one portrait, painter and Carpinteria resident Lety Garcia holds a photograph of her grandmother holding her as a baby in Tijuana in 1965, waiting to cross the border to move to Santa Barbara.

“I feel the weight of their hope and sacrifice and longing for a better life for all of their descendants,” said Garcia. 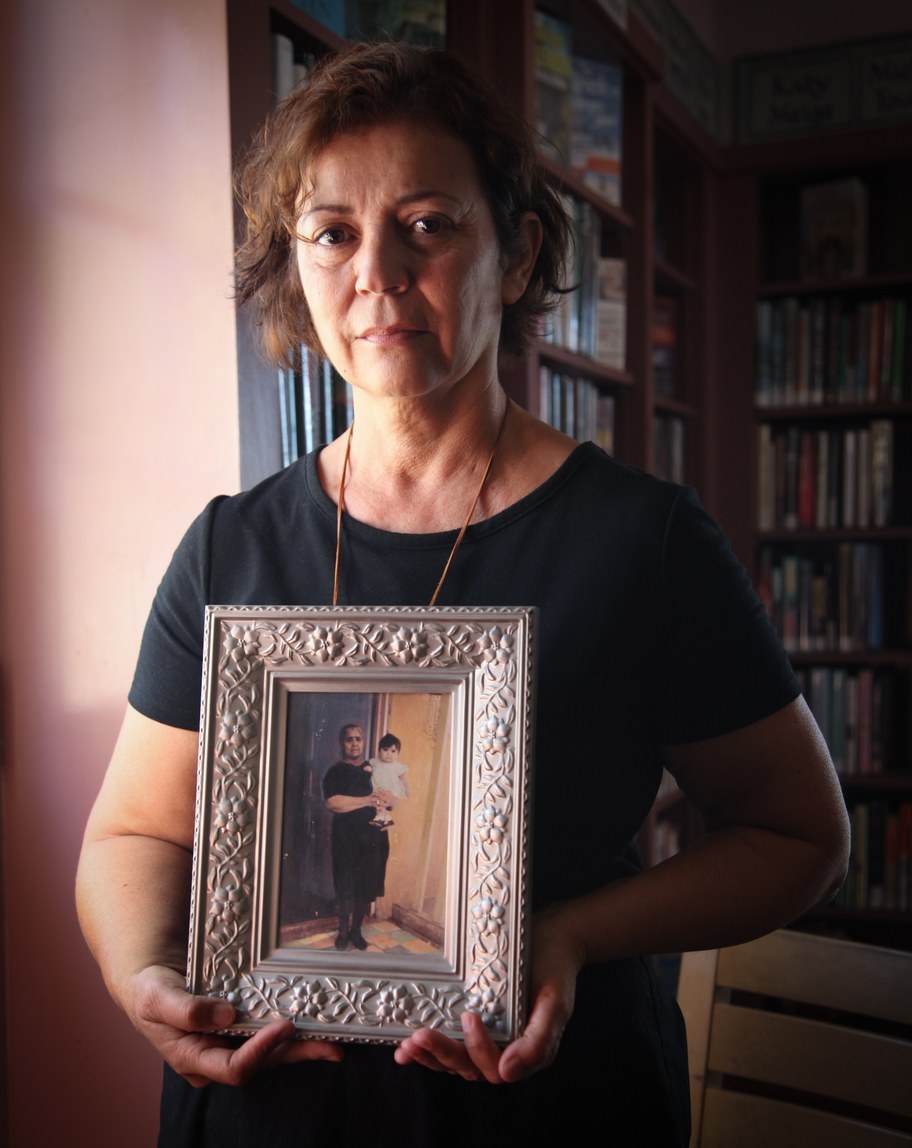 While viewers can go inside the gallery exhibition to learn more about the project and its history, Clarke says she deliberately chose to let the outdoor exhibition speak for itself.

“I like the idea that [the photos are] integrating literally and physically and metaphorically into the community,” she said. “There’s nothing written down. It just makes you wonder, and I think people questioning is key.” 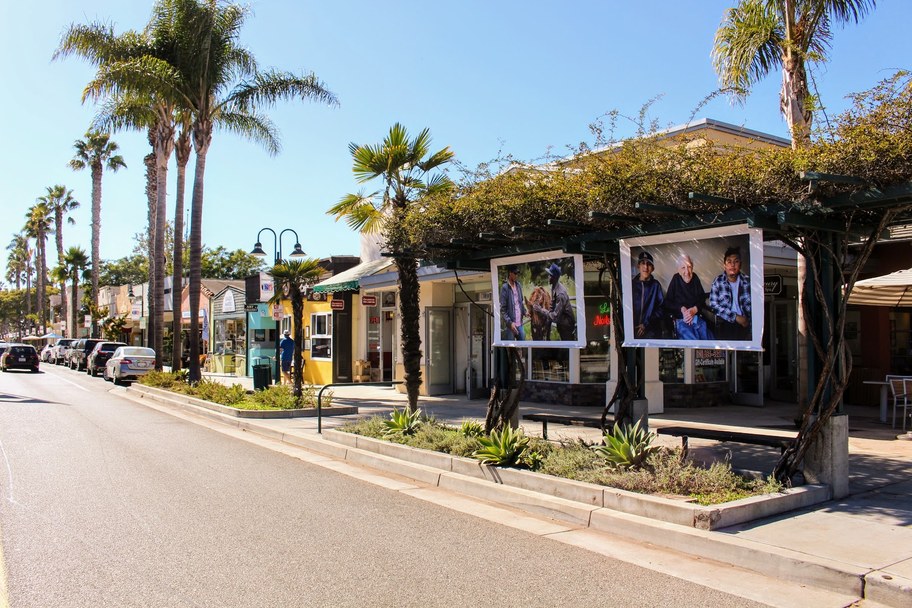