Black-owned boutique is a first for Downtown Disney Blair Paysinger is the only Black entrepreneur who has a storefront at Downtown Disney in Anaheim. Photo courtesy of Post 21.

As COVID restrictions are easing in Southern California, many businesses are revving back up. That includes a store called Post 21 at Downtown Disney, which has re-opened its doors after a temporary pandemic shutdown.

Post 21 is the first Black-owned business operating at any Disney property Blair Paysinger, one of the co-founders, says her boutique sells beauty products, home goods, stuff for kids — all from other Black-owned companies.

“The idea of the business was to bring them all into one space,” Paysinger says. “Previously, if you wanted to support them, great. But then how do you find them?” 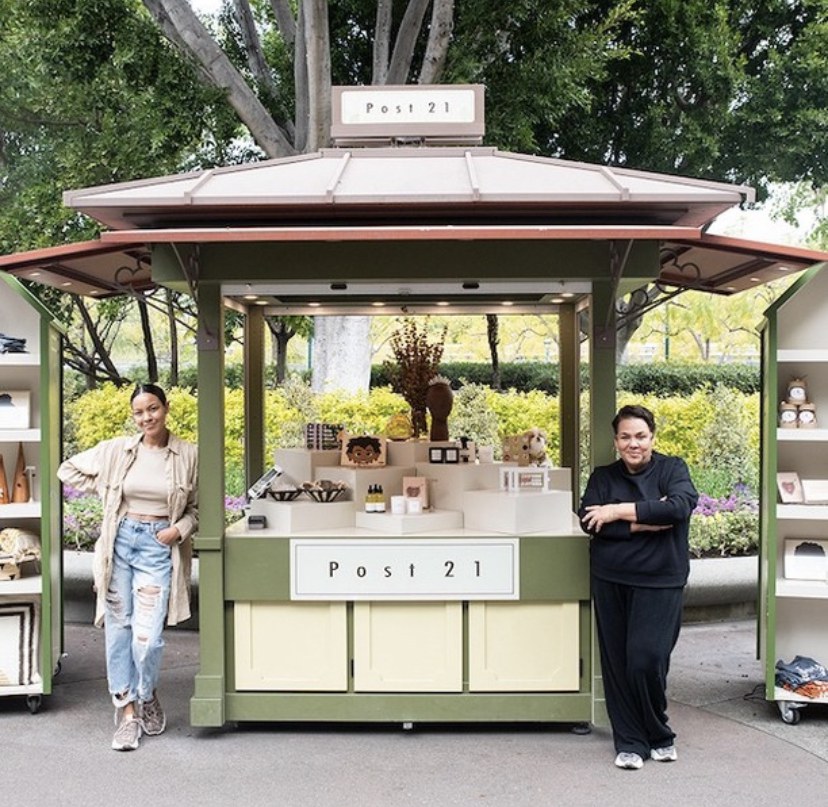 After launching their website-only business on June 1, 2020, Paysinger and her mom, Juana Williams, were approached by Disney to open a storefront at Downtown Disney. Their brick-and-mortar became the first Black-owned business in the shopping complex as of November 26, 2021. Photo courtesy of Post 21.

When Paysinger began brainstorming for the business with her mom, Juana Williams, they found some Black-owned arts and lifestyle businesses to be monolithic with certain African aesthetics. But the mother-daughter duo wanted to avoid that by selling beautiful things that they would want to own themselves.

“Right now you can find lists of Black businesses, but I wanted to curate them with the quality and aesthetic that I prefer,” Paysinger recalls.

Even the name of the store is a tribute to Black entrepreneurship. It refers to Black Wall Street, a once-thriving African American business district in Tulsa, Oklahoma that was burned to the ground in a spasm of racial violence in 1921, leaving dozens of people dead.

“We are post that time period, and we are essentially attempting to do what they were doing,” Paysinger explains.

“One of the barriers for Black business has been this perception that …  the quality is not as good. To be able to physically see them, touch them, smell them, I think would greatly change the perception,” Paysinger says. “I want to change the idea that Black business is for Black people. Just like anything else, it's for everyone.”