Sun Laren with his bag of protest shirts outside the Staples Center. All photos by Angel Carreras.

The Lakers always dominated the Los Angeles basketball scene, but on Tuesday night, that seemed to have changed. The Clippers beat the Lakers 112-102 in the season opener at the Staples Center.

“It set a tone for the battle for Los Angeles and bragging rights,” observed KCRW’s Tyler Hale. “It didn’t feel like just the first game of the season. It was intense, like the playoffs.”

Tickets to the game were sold out, and several seats were occupied by celebrities and even California Governor Gavin Newsom.

A game that big was a prime target for a (peaceful) protest.

A 30-something Bay Area tech worker had made 13,000 black-and-yellow shirts that read “Fight for Freedom. Stand with Hong Kong.” To pull it off, he raised $43,000 within 48 hours through a GoFundMe campaign. He handed out the shirts at the Staples Center.

He went by the pseudonym of Sun Laren. He described his shirts: “Both these colors, yellow and black, are very significant for the movement in Hong Kong. Yellow because of the yellow umbrella. And black because of solidarity with the protesters on the street.” 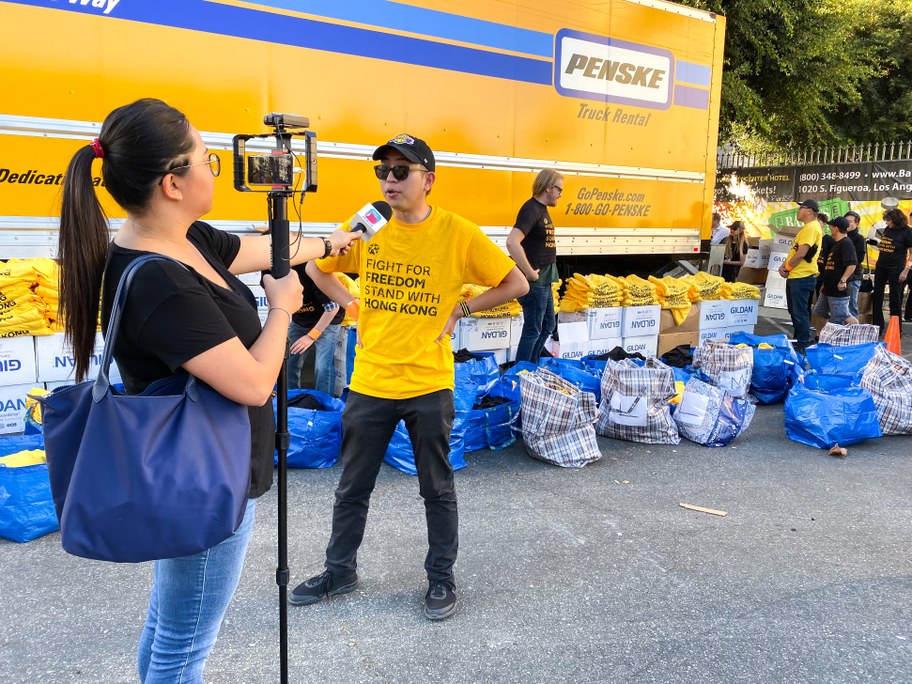 Laren started the GoFundMe after concerns of a chilling effect on free speech. Houston Rockets General Manager Daryl Morey had tweeted (then deleted) pro-democracy support for Hong Kong, which led to criticism by the NBA and China.

Lakers star Lebron James called Morey’s tweet “misinformed” and “not really educated,” adding that it could have hurt people “not only financially but physically.”

Laren said he sympathized with James, but added, “When he says something like people should be careful [of] what they say, or be careful [of] what [they] tweet, that's exactly the kind of culture of silencing dissent that already exists in China… They're trying to export that here in the United States.”

In addition to distributing shirts, Laren and his fellow protesters were   holding signs of James in a Tiananmen Square riff and James holding Chinese currency, the yuan. 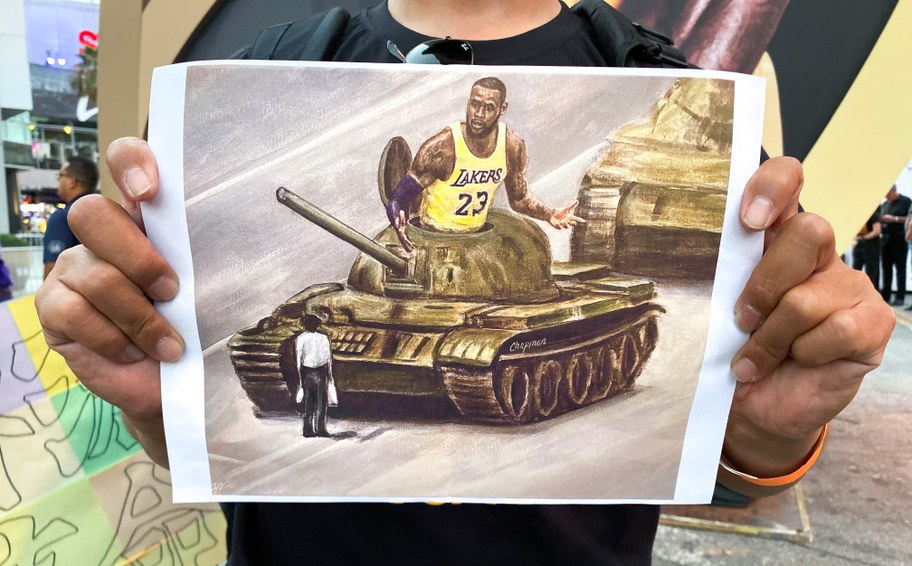 A protester holding a sign of LeBron James in a Tiananmen Square riff. 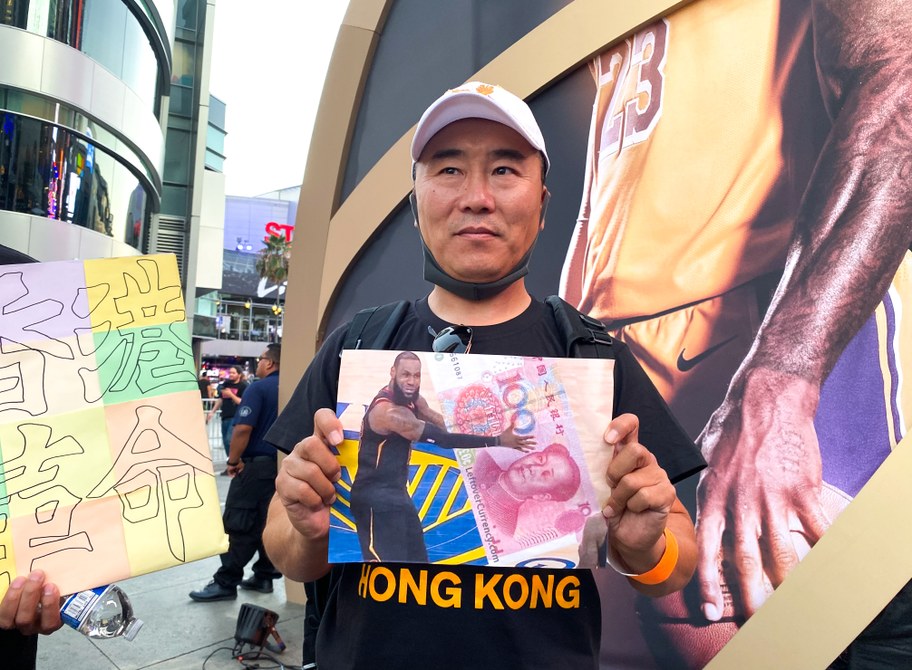 A protester holding a sign of LeBron James grabbing a yuan.

Basketball fans who walked by took photos, and some took shirts, even if they didn’t support the protest.

One man who took a shirt (for a friend) said James should’ve “left politics out of it” and “just played sports.”

Laren said this would probably be a one-and-done protest for him, especially since he had a full-time job in the Bay Area.

When asked why he hid his real name, and why some of his associates hid their faces, he explained, “Some people are wearing masks because they have family that they're worried about. Those are the stakes for Hong Kong. And frankly, those could even be the stakes for our country here if we don't make a stand.”