Men drink at the bar of the Sassafras Saloon in Hollywood on July 31, 2020. Photo by Cerise Castle/KCRW.

The Los Angeles County Department of Health and the Alcoholic Beverage Commission are investigating an indoor party hosted at the Sassafras Saloon on July 31.

“There is really zero tolerance for having indoor parties at your business places, whether it's a private or public party,” said Health Department director Barbara Ferrer. “You've potentially created a lot of exposures and the possibility that that moves into the community would be a very unfortunate place for us to be.”

KCRW was tipped off to the event at the Hollywood bar by a person with knowledge of it, who spoke on the condition of anonymity for fear of retaliation. They said staff had been notified that a party involving the L.A. County Sheriff’s Department had been booked for Friday night. About 100 people would be in attendance, and only drinks would be served.

Los Angeles County Supervisor Kathryn Barger said that she was “very disappointed” when she saw video footage of the event, “especially given the allegations that it was law enforcement and law enforcement supposed to be upholding the public health orders.”

The Sheriff’s Department denied the allegations in a statement released August 1 on Twitter: “Last night LASD was made aware of a video from "Knock LA", alleging members of the Department attending a "party" in Hollywood. The persons identified in the video are not employees of the Sheriff's Department and this event was not hosted by the LASD.”

LAPD issued an August 3 statement to KNX reporter Claudia Peschiutta saying the department is looking into whether police officers were involved with the event. "The Department is aware of video posted on social media that captured an event that does not appear to be following public health guidelines. We are trying to identify LAPD employees, who may have been in attendance ... A personnel investigation will be initiated if it is found that any misconduct occurred."

Lisa Strangis, a representative of the bar’s owners, the 1933 Group, told KCRW that an individual approached the organization about hosting a private event for “first responders” at the venue. She could not specify the role of these “first responders.” Stangis said that the event had been postponed for a number of months due to the pandemic.

“They [the 1933 Group] welcomed that group on the premise that they would be as respectable and as prepared as the ownership was. And as the videos show, that was not the case,” Strangis said. “The guests unfortunately did not comply, and took it upon themselves to occupy an interior space unmasked and that was just something that was beyond anyone's expectations or the realities of actualizing this event.” 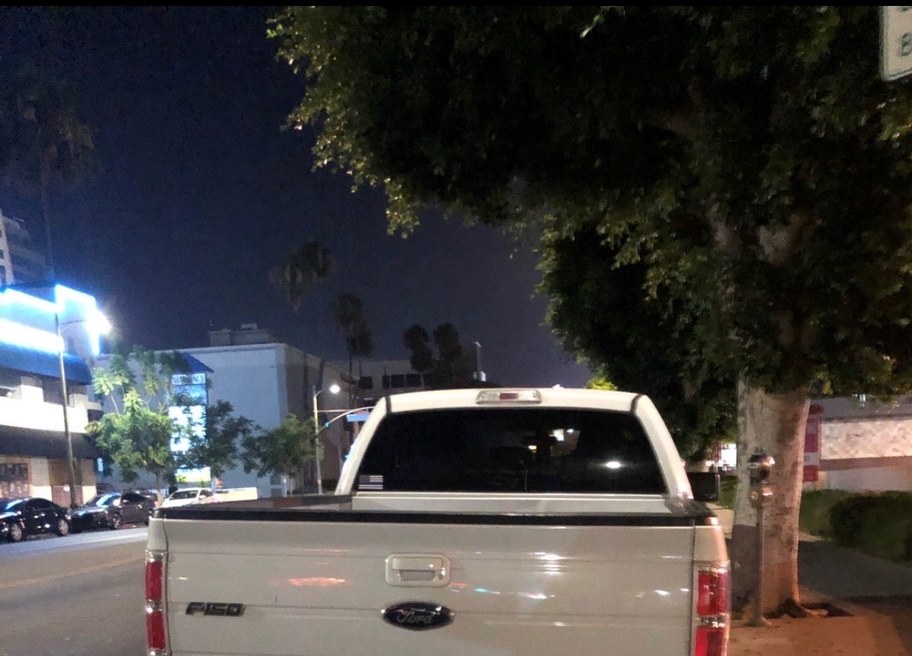 A truck with a Blue Lives Matter decal parked outside Sassafras Saloon on July 31, 2020. Photo by Cerise Castle/KCRW.

KCRW visited the scene Friday night during the gathering and observed several ride-share cars arriving at the bar. Partygoers stayed inside the bar where loud music played, and multicolored lights spun in patterns on the walls and ceiling. No one observed by KCRW wore a mask, or was adhering to social distancing measures. No partitions were observed. A white truck parked outside the bar was adorned with the “Blue Lives Matter” logo.

CNN reported that a man, who was later confirmed as an LAPD officer, told a reporter outside the bar Friday night that "everybody is either family or works at the same place so that's why we don't have Covid concerns. They micro-group or whatever with each other and everyone's been tested and everything. That's why we all know that everyone in there is cool."

A video taken by a member of the progressive activist group Ground Game showed people gathered Friday evening for a party at the Sassafras Saloon in Hollywood. Bars have been closed in LA County since July 13, under guidance from Governor Gavin Newsom due to the ongoing coronavirus pandemic. Several men who claimed to be going to the bar for the event were observed drinking outside the venue. A video posted by KNOCK-LA, a news and commentary outlet of Ground Game, showed some of the men indicating that they were going to a “LASD party.”

The Los Angeles Times reported that a review of LASD payroll records did not turn up the names of any of the three men who identify themselves in the video.

In an August 3 Twitter post, LASD reaffirmed their statement. “Reports of LASD hosting a party in Hollywood, as well as the reporting of several individuals who were identified as LASD personnel in attendance, are categorically false and appear to be a hoax perpetrated by social activists.”

Strangis said that Sassafras “qualifies for operation” because it has a kitchen that serves food. She was unable to provide a menu for the night of the party. KCRW spoke with a person with knowledge of the venue’s operations who said the kitchen had been out of operation since November 2019.

The 1933 Group said in a statement to KCRW: “COVID safety standards dictated by LA County and California State guidelines have been strictly adhered to ... We unequivocally do not condone this behavior and have no intention of agreeing to additional private events, charitable or otherwise, until the state allows.”

Saving CA weed industry: Newsom’s budget may be too weak to pull it off KCRW Features Jan 14

2nd booster? Some are lying, going out of state for 4th COVID shot KCRW Features Jan 12