The debate over a Montecito memorial A destroyed home on the morning of the 1/9 Debris Flow in Montecito. Photo credit: Kathryn Barnes/KCRW

As crews begin installing metal nets in the canyons above Montecito to prevent a future debris flow, the community is still trying to decide how to remember the last one, which killed 23 people last year. Landscape architect Thomas Woltz understands the complicated and delicate nature of creating public places in scarred environments. Most notably, he and his team designed the Flight 93 Memorial Park in Pennsylvania following the 9/11 terrorist attack. 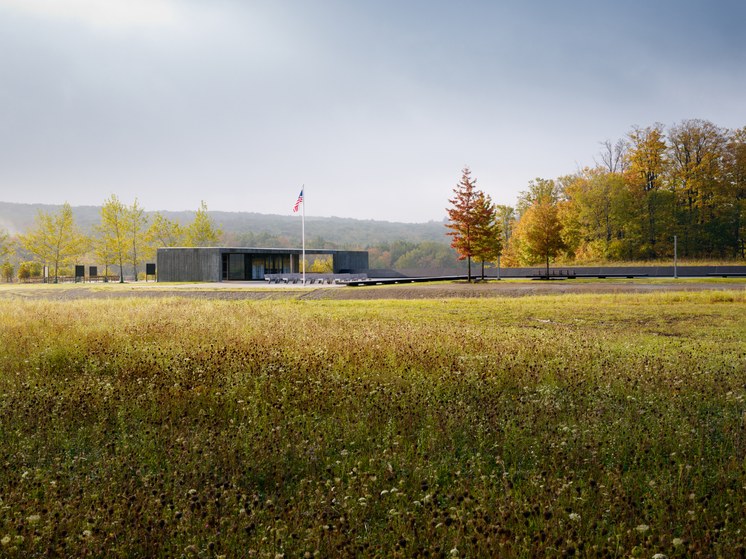 “When we approach a site that’s suffered some tragic event, the first question on my mind is what have been the ancient ecologies that shaped and protected that place for thousands of years,” he said.

The Garden Club of Santa Barbara invited Woltz to speak at Westmont College about how to rebuild, replant and redesign a more resilient landscape after the mudslide. 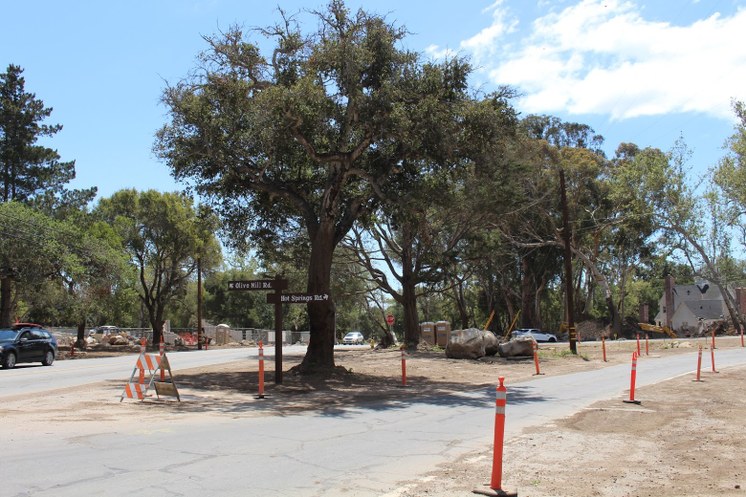 Some residents have suggested the intersection of Hot Springs and Olive Mill Road as a potential location for a memorial, but many survivors are opposed. Photo credit: Kathryn Barnes/KCRW

“In Santa Barbara, having beautiful, symbolic reminders of loss is not just living with tragedy,” said Woltz. “It’s looking for a symbol of hope to move forward.”

But residents in Montecito share mixed opinions on memorializing the 1/9 Debris Flow. While some people create custom made benches dedicated to the victims and others discuss creating a public memorial using boulders that fell down the mountains that morning, many survivors who lost family members and friends say they don’t want to drive by constant reminders of that tragic day and are strongly opposed to a memorial made out of the same rocks that killed their loved ones.

“Rarely is there a consensus,” Woltz said about communities he’s worked with when creating public parks or memorials, which is why he recommends listening first. “If people see that they’re being heard, that changes the discourse. It may not go where you thought it was going to go, and rarely is there 100 percent consensus, but the volatility starts to diminish. People start to feel you are painting a portrait of their community.” 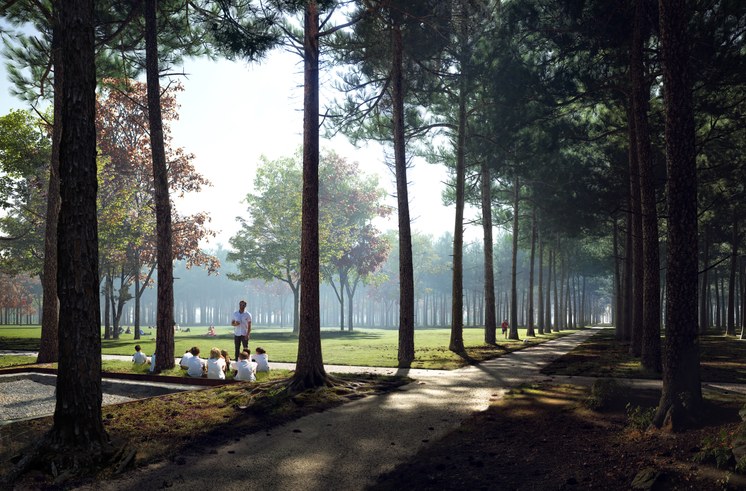 In Houston, Texas, these once lush, green-forested acres were damaged by Hurricane Ike and a scorching drought. Woltz is working to restore and revitalize Memorial Park through a long-range master planning effort. Photo credit: MIR for Nelson Byrd Woltz Landscape Architects