Smoke weed off the clock? CA bill may protect you at work 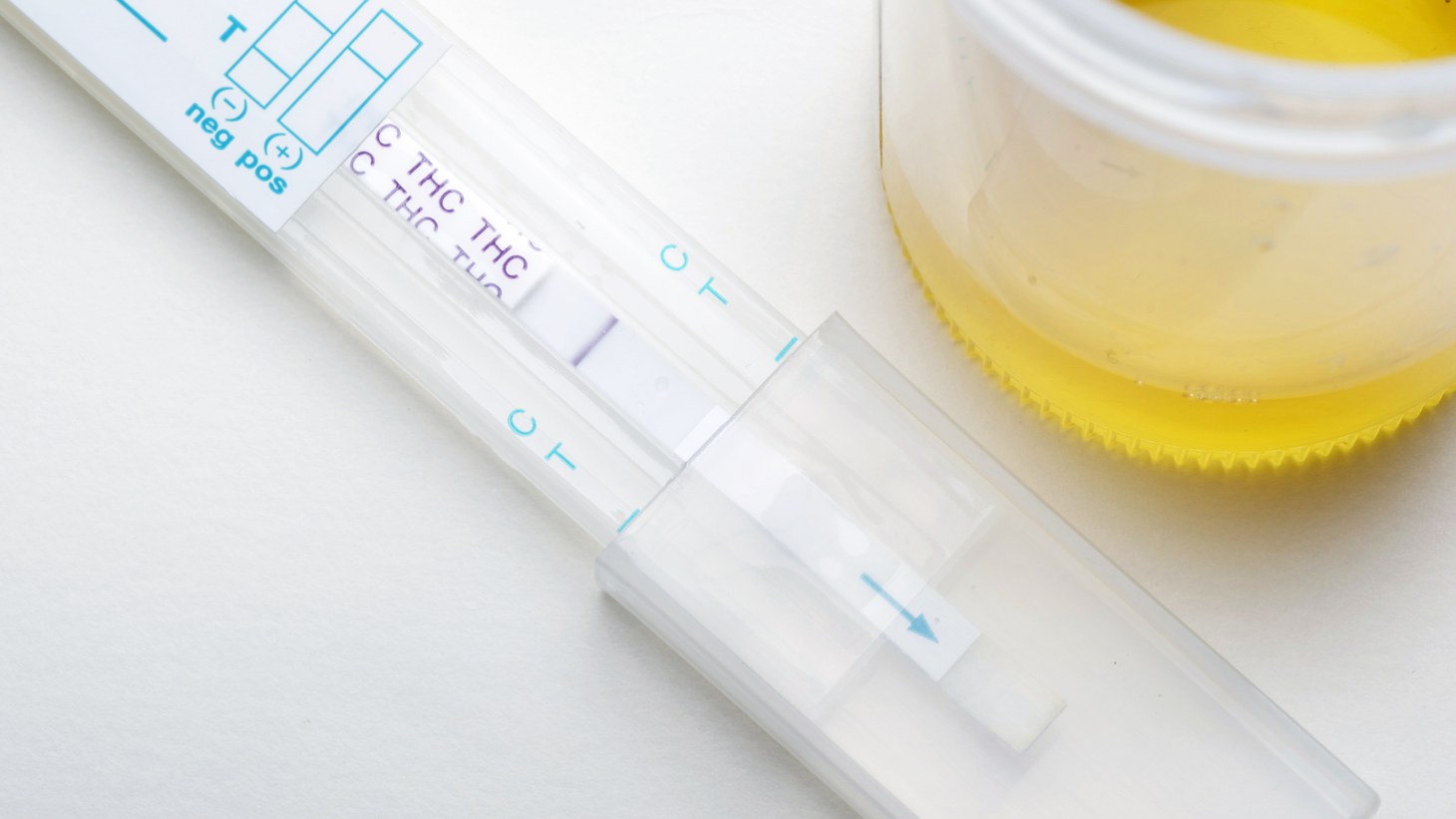 Employers could be banned from forcing their employees to use urine-based cannabis tests like the one shown here — under a proposal in the California legislature. “The bill is attempting to move employers into the 21st century with regard to marijuana impairment,” says Leafly Senior Editor David Downs. Photo by Shutterstock.

Since California voters legalized recreational marijuana in 2016, indulging in a bit of pot has become common for many in the state. However, enjoying it off the clock still has the potential to cost some people their jobs.

That could change with a bill making its way through the state legislature that would ban employers from firing or punishing workers for cannabis use outside of work.

Leafly Senior Editor David Downs breaks down the bill and what it could mean for California’s workers.

Is this a new effort?

David Downs: [Lawmakers] have been working on this type of workers’ rights to use cannabis off duty for a number of years.

Assembly Bill 2188 from Assemblyman Bill Quirk would make it unlawful for employers to discriminate solely for off-duty cannabis use.

This bill has come up several times in past iteration, but has died repeatedly in the legislature. It's well on its way to potentially passing the senate this time and reaching the governor's desk.

How does California stack up to other states in protecting workers who use cannabis?

That's salient because we're seeing about 9.8% of California workplaces test its employees, meaning you could potentially not get a job or lose your job for that test.

Second to that, the test itself is extremely unscientific. It's been around since the 1980s, and it's never actually tracked impairment. Lawmakers are saying it's time to go.

Is screening for cannabis use still common, or has it receded since legalization?

It's gone down. Where you really see drug testing happening is in low-income, low-skill, economically precarious jobs like retail, and it tends to be a goldmine for companies in the actual testing business. It's a multibillion dollar business.

The leading urinalysis screener in America is called Quest Diagnostics. They did 11 million urinalysis screenings in 2021. When you look at this picture nationally, it's really punishing the warehouse worker in the South or the Midwest, or someone on probation who uses the like delta-8 THC.

It’s tripping up people for little things, and it doesn't look like it's generating much in the way of actual safety in terms of keeping impaired people off the job.

Employers can also use drug testing to get out of potential workers’ compensation claims. So if you get injured on the job, they're gonna give you a urinalysis screening. If it tests positive for marijuana [from] a joint that you smoked two weeks ago, they're going to be able to say, “We don't have to pay this workers’ compensation claim, we think this person was impaired on the job.”

Which workers would still be subjected to marijuana testing under this bill?

Anybody who's working under federal law, where cannabis remains a Schedule 1 drug and illegal, and also in the building and construction trades.

Assemblymember Quirk wants to … make sure that those employers still have more forceful ability to screen their workers than the average person running the checkout counter at a grocery store or flipping burgers.

This bill does away with tests that use hair, urine, other bodily fluids, but workplaces could still use saliva tests. Why?

That's because [the urinalysis test] is not testing for active THC, the molecule in marijuana that gets you high.They're testing for remnants of that active molecule, and those can exist in the body even though they're not impairing you for weeks and weeks.

Assemblymember Bill Quirk’s bill says employers [should] actually come up with a scientifically valid way to test people for active THC. You can do that through blood, saliva and marijuana breathalyzers. You can [also] give people coordination tests with smartphones to see how well they're responding, and see if they need to be pulled off the job.

The bill is attempting to move employers into the 21st century with regard to marijuana impairment.

Is it a shoo the governor will sign the bill into law if it makes it out of the legislature?

The California Chamber of Commerce is opposed to it and so is the California Travel Association and retailers. There are a lot of big groups that have a lot of clout in Sacramento that could snuff this bill out again, even though it continues to come up for review.

On the other hand, [supporters include] the California Nurses Association and several workers unions like the Service Employees International Union (SEIU), as well as the United Food and Commercial Workers (UFCW).

I think that's really salient because these marijuana tests are a gateway to systemic classism in America, which has a racial component. They are targeting low-income workers who are doing menial jobs with an unscientific test that can take away their livelihood or prevent them from gaining one.

That doesn't even touch what happens to probationers or people on parole and their requirement to also pass these unscientific tests. If Assemblymember Bill Quirk’s bill passes, it's certainly another step in the march toward empowering and protecting workers vis-à-vis their employers.