Hosted by Chery Glaser May. 05, 2022 International 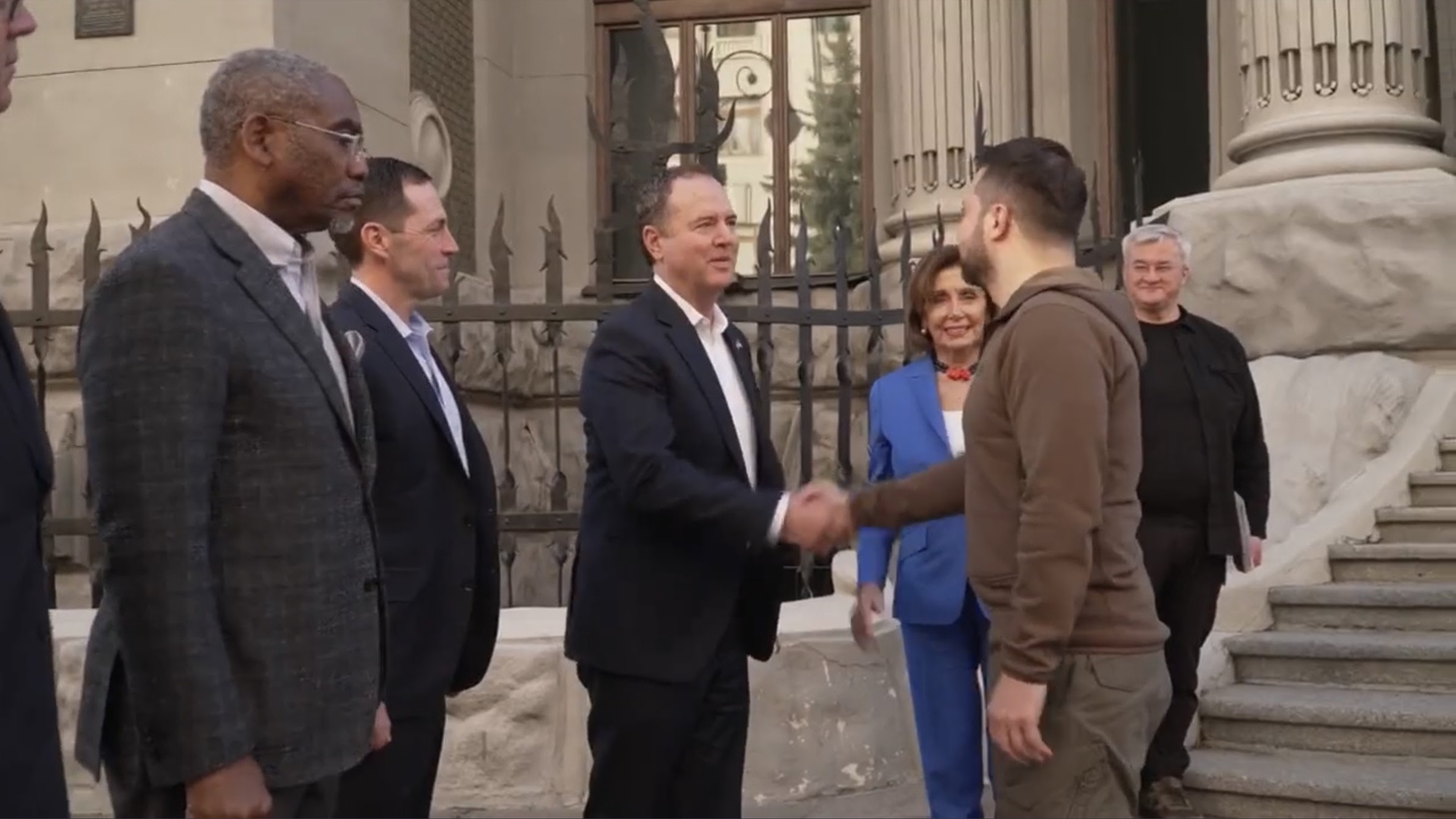 Rep. Adam Schiff (D-Burbank) says the U.S. needs to bolster support for Ukraine as the Russian invasion rages on. “You have mothers and daughters fleeing to Poland, while fathers and sons stay behind to fight the Russians. And you can only imagine all of the difficulties and challenges that it poses.” Photo credit: Schiff for Congress campaign.

Congress could vote as soon as next week on sending additional aid to Ukraine as the Eastern European country continues to try to fight off the Russian invasion. House Speaker Nancy Pelosi is looking to move quickly after she and a small congressional delegation made a surprise visit to the capital city of Kyiv last weekend.

Early on in the war, much of the focus was on military assistance, with the Ukrainian foreign minister saying his country needed “weapons, weapons and weapons.” But Schiff now says Ukraine has myriad needs.

“When we sat down with President Zelensky, he had a long list of asks, as he should. Some of those were military,” Schiff says. “But there are millions of people who have fled the country, [with] many of them now living temporarily in Poland and other neighboring states, and even more millions who are internally displaced. We spent a lot of the conversation also focused on how we can help meet those humanitarian needs.”

Schiff says that he’s confident Congress will approve an additional $33 billion in aid that President Biden has requested.

“Ironically Putin has succeeded in doing something that has eluded us for some time, and that is bringing Democrats and Republicans together,” Schiff says. “I think there will be very strong support for this package of military, economic and humanitarian assistance.”

On the leaked draft decision that indicates the Supreme Court is poised to overturn Roe V. Wade and end federal protections for abortion, Schiff says he would join a push to pass federal legislation that ensures reproductive health care rights including abortion, which would require Democrats to kill the Senate filibuster.

“I felt that it should be scrapped for some time. It's gotten in the way of other vital legislation like voting rights spills. But now I think the urgency has increased yet again.” Schiff says. “My feeling is that we have to do whatever is necessary to protect reproductive freedom.”