KCRW caught up with L.A. Registrar-Recorder/County Clerk Dean Logan during the L.A. County mock elections to learn more about the new system.

What exactly will be changing?

First off: where you vote. Long gone is the traditional, pre-assigned polling place, be it a fire station or junior high school. Instead, eligible residents will be able to vote at any of the estimated 1000 voting centers across the county. Each voting center will open 10 days prior to Election Day. 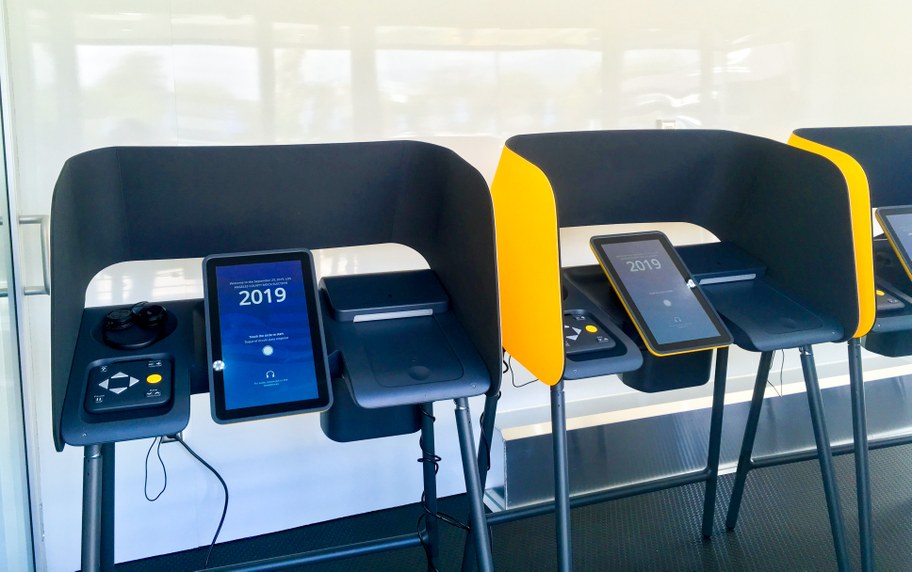 A new Ballot Marking Device at the L.A. Zoo Mobile Center during the L.A. County mock election on September 29, 2019. Photo by Danielle Chiriguayo/KCRW.

Second: how you vote. The InkaVote system -- the pen and paper, bubble-coloring method -- is a thing of the past. Voters will now use a touchscreen-based, multilingual system called Ballot Marking Devices. Once the ballot is completed, the station will print the ballot so the voter can verify it. Then it'll be delivered to a ballot box.

See how it works:

All voting centers must be ADA-compliant. People will be able to change the display (font size, color contrast) on the machines so everything is easier to read. Each machine can convert text to speech as well.

As for voters who want to save time? They’ll have the option to prepare their ballots ahead of their visit via an official L.A. County smartphone app. The app will then produce a “poll pass,” a unique QR code that voters will be able to scan at the bottom of the Ballot Marking Device. The system will then automatically print a copy of the voter’s ballot.

What about voting by mail?

Voting by mail will still be available. Voters will have the choice to send their sealed ballot through the Postal Service, or drop it off at a local drop-off box. Each voting center will have a designated box, and the county is promising other drop-off locations to be available.

Will it be secure?

County officials are assuring the new electronic system will be secure. County Supervisor Hilda Solis told KCRW about the system: “It’s transparent, it’s efficient, and you'll be able to know that there’s security around how you cast your ballot.”

The machines are not connected to the internet, and at the end, they produce a paper ballot that voters can double check. The system also does not store any voting information, and it does not tally votes.

How are voting centers chosen? Will they be accessible? 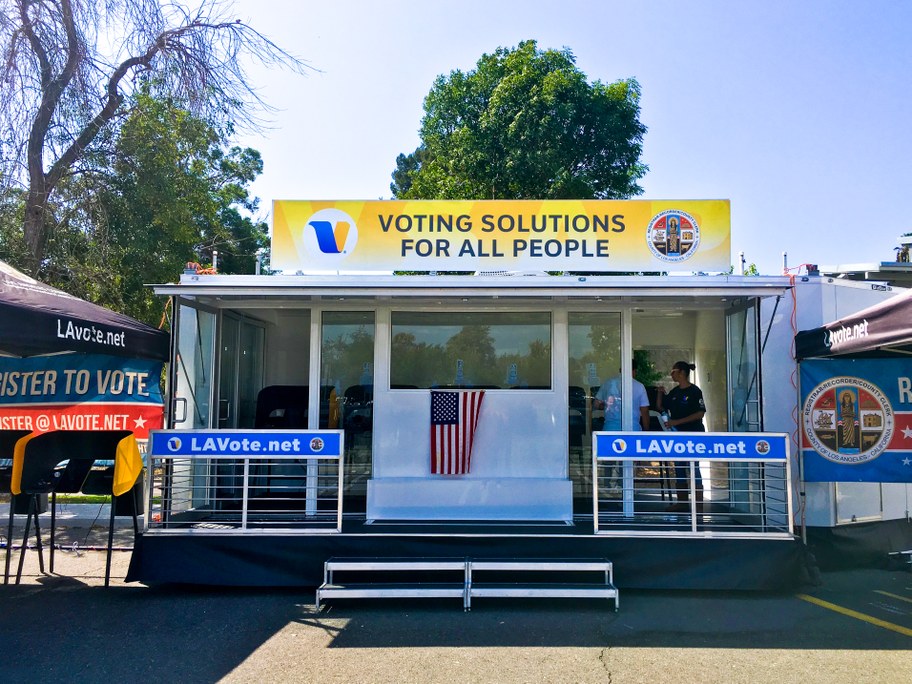 L.A. County residents are giving input on where voting centers will be located.

County officials have built a database of over 2000 possible centers, and are in the process of assessing the best locations. Rural and hard-to-reach areas will have pop-up and mobile centers.

Logan hopes that by “meeting people where they are,” this new system will be a game changer and “get participation from populations that in the past have faced barriers to voting.” These groups include potential voters aged 18-24, senior citizens, and people who don't speak English.

He is aware, however, of the risks and criticism involved in transitioning to a new system, including potential staffing and technological problems. He says, “The best security of the elections process is voter participation.” He also welcomes feedback from the community about the new process -- through public hearings, social media, and email.