Biden calls Putin a ‘war criminal.’ What happens if Putin is convicted? 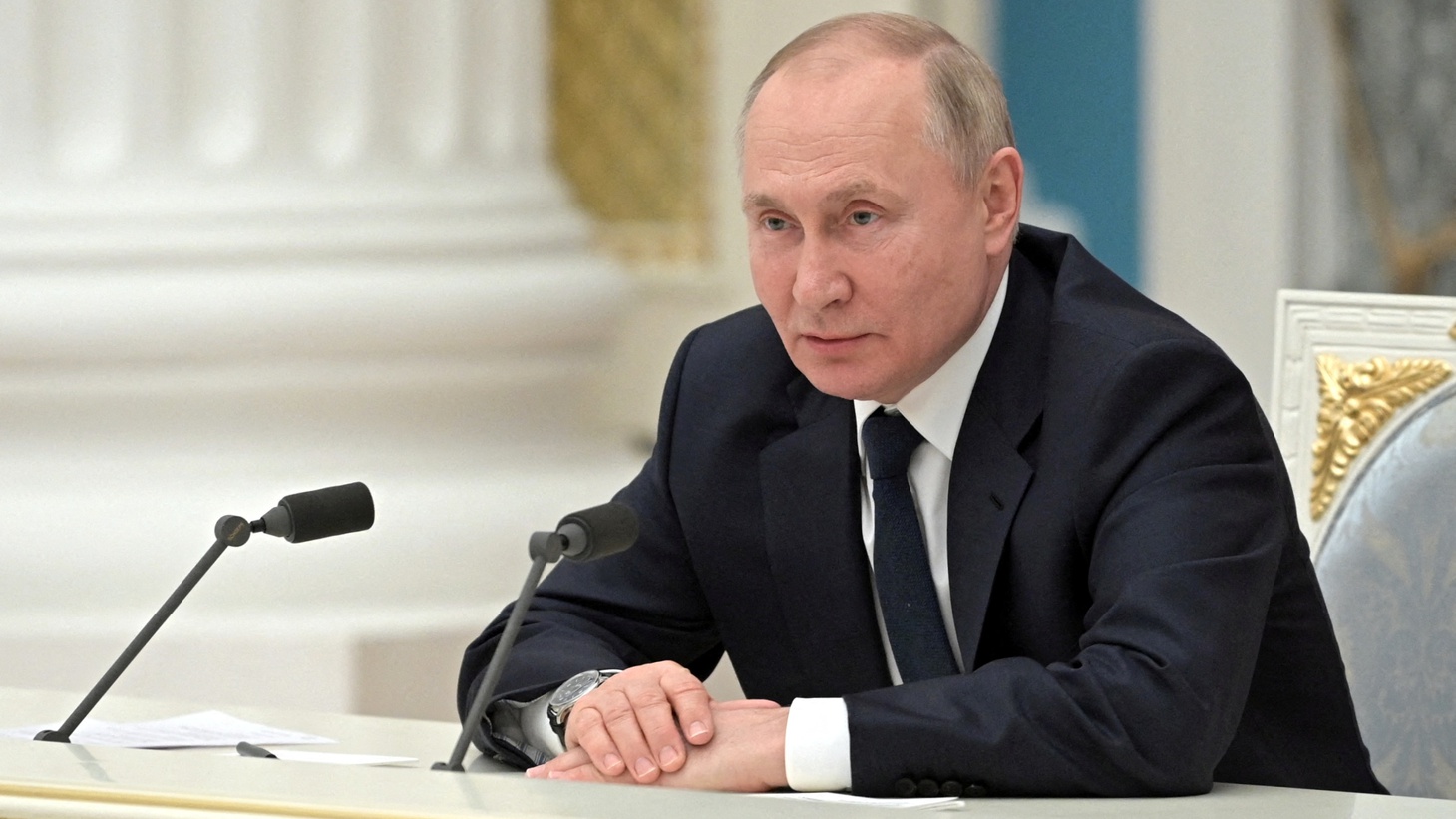 Russian President Vladimir Putin speaks during a meeting with representatives of the business community at the Kremlin in Moscow, Russia on Feb. 24, 2022. Photo by Sputnik/Aleksey Nikolskyi

It’s the third week of Russia’s war on Ukraine. But this week was the first time President Biden called President Vladimir Putin a “war criminal.”

There are courts that could theoretically convict Putin on that charge, but what happens once they do? Is the international government more about virtue signaling than actual action? And what happens to ceasefire negotiations when the U.S. and Russia are once more at loggerheads?

Guest host Kimberly Atkins Stohr of the Boston Globe discusses with panelists Sarah Isgur, staff writer and podcast host for the Dispatch, on the right; and David Dayen, executive editor at the American Prospect, on the left.

Next: The U.S. Federal Reserve is hiking interest rates in a bid to tame sky-high inflation. But is it too little, too late? And is that really the best way to fix the economy, when supply chain concerns abroad are also driving up consumer prices?

Either way, the economy is about to get political. Fed Chair Jerome Powell and his crew are also facing a reckoning over green energy, which brings in questions from Congress over whether rewiring the financial system is too risky right now. Special guest Nick Timiraos of the Wall Street Journal help us break it down.

Plus: A historic confirmation hearing for Judge Ketanji Brown Jackson begins next week. If the Senate gives her the green light, she’ll become the first former public defender and the first Black woman to sit on the Supreme Court. Or could the hearing become a partisan fight? What questions will Republicans be asking to get a sense of what she stands for?

And finally, our panelists rant from across the political spectrum about outdated textbooks, vaccine intellectual property, and why the Crown Act needs to become law.