With Biden on offense, can Democrats stay in majority? 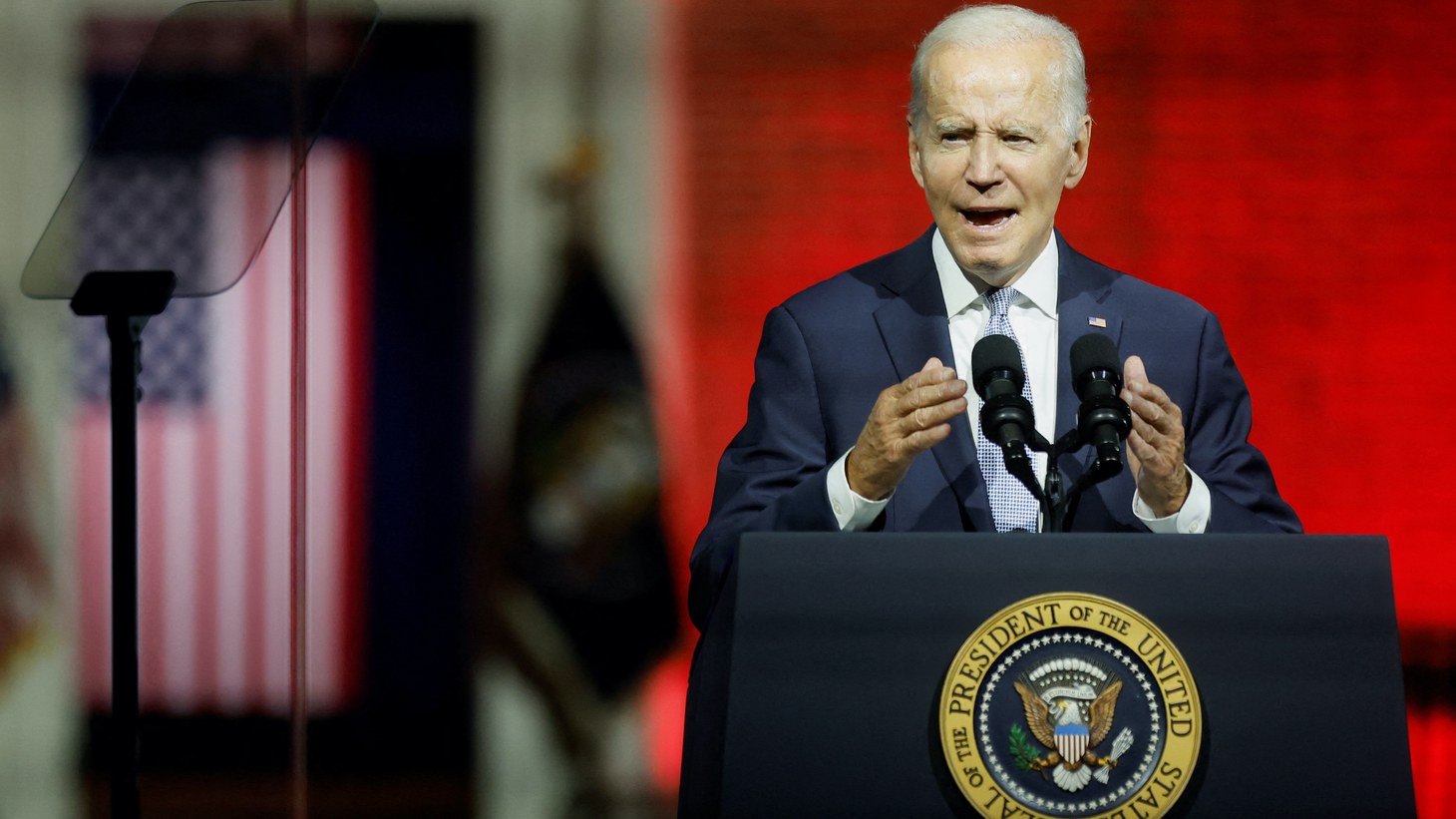 U.S. President Joe Biden delivers remarks on what he calls the "continued battle for the Soul of the Nation" in front of Independence Hall at Independence National Historical Park, Philadelphia, U.S., September 1, 2022. Photo by Jonathan Ernst/Reuters

This week, President Biden gave several campaign-style speeches, emphasizing the “soul of the nation.” On Thursday, he argued that “MAGA forces” are putting fair elections, privacy, personal rights and economic security at risk.

Biden is a first-term president with low approval ratings, which historically means Democrats will get throttled during the midterms. What rebuttal might Republicans or former President Trump give?

Meanwhile on Tuesday, the world mourned the death of former Soviet leader Mikhail Gorbachev, who was a main player in ending the Cold War. How has American politics changed since December 1991?

Host David Greene discusses with Elizabeth Bruenig, staff writer at The Atlantic, on the left; and Tim Carney, columnist at the Washington Examiner, on the right.

Plus, special guest Danielle Allen, professor at Harvard University and director of the Edmond and Lily Safra Center for Ethics, argues that social media has undermined our constitutional democracy.