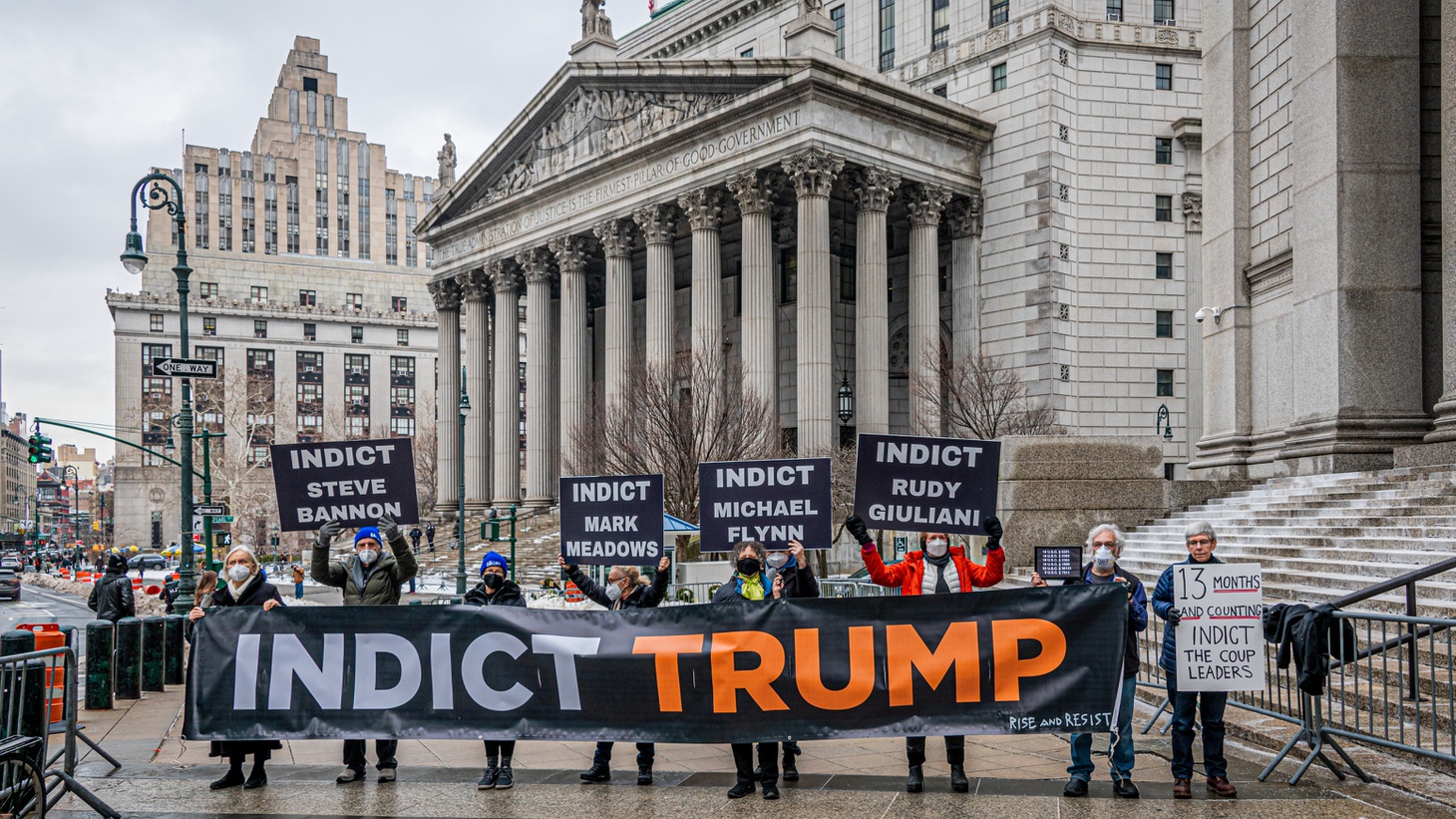 Activists gathered in New York on February 2, 2022 to demand the indictments of everyone involved in the planning of the January 6, 2021 attack on the U.S. Capitol be indicted. Photo by Erik McGregor/Sipa USA.

In its most recent hearing, the House Select Committee recounted all the ways former President Trump tried to pressure Vice President Mike Pence into doing what he wanted: to illegally stop the electoral vote count and overturn the election. The committee says Pence’s life was endangered. Advisors to Pence are just the latest voices from Trump’s world to join the House Select Committee in painting a full picture of how close the country came to a constitutional crisis.

Guest host Gustavo Arellano, of The Los Angeles Times and The Times Daily podcast, represents the left and asks what else do Republicans and federal prosecutors need to know about Trump’s motivations to bring an indictment?

Plus, can the Federal Reserve reduce inflation without triggering job loss or a recession?