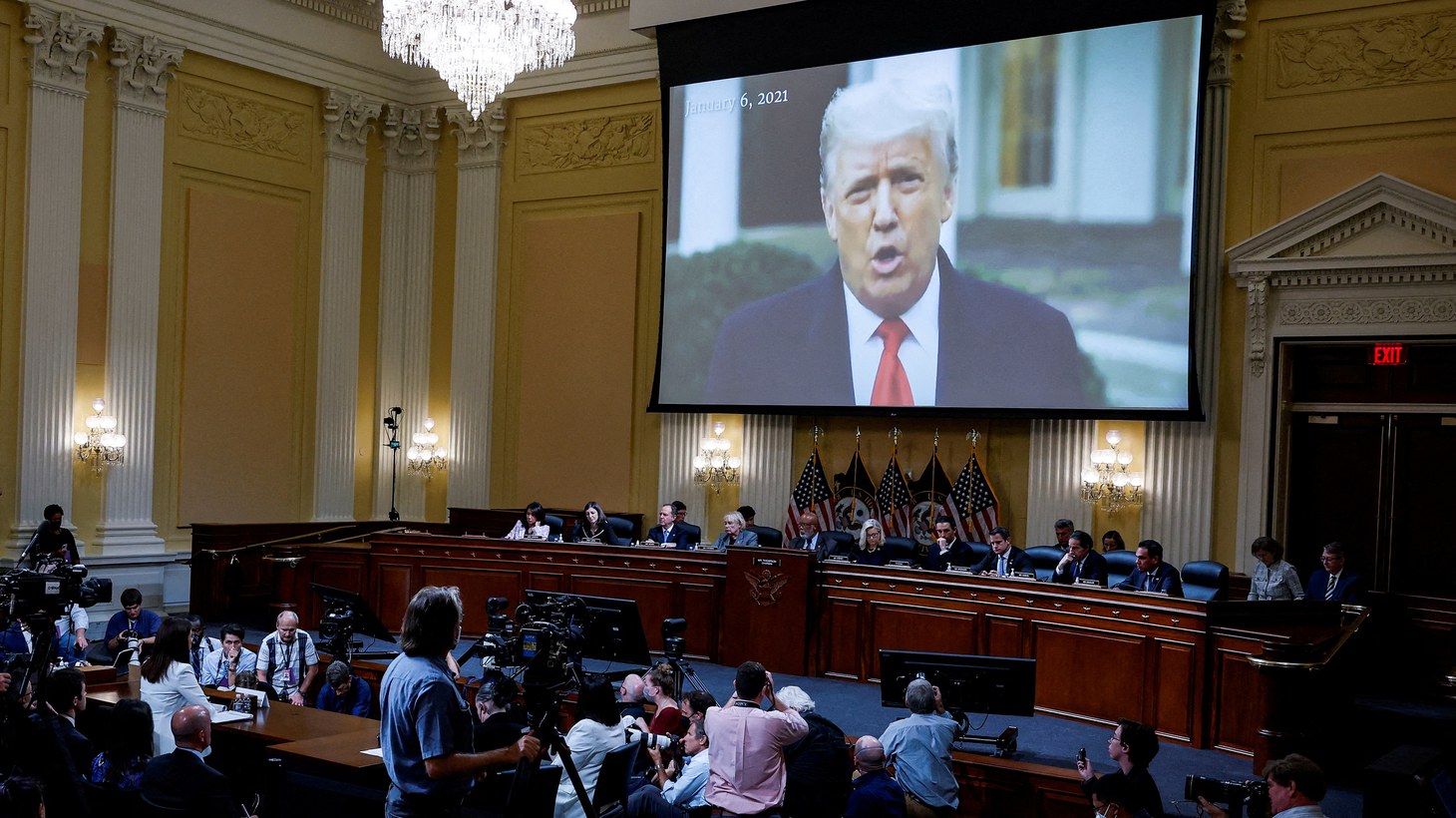 A video of former U.S. President Donald Trump is played as Cassidy Hutchinson, who was an aide to former White House Chief of Staff Mark Meadows during the Trump administration, testifies during a House Select Committee public hearing that investigates the January 6 attack on the U.S. Capitol, in Washington, U.S., June 28, 2022. Photo by Anna Moneymaker/Pool via REUTERS/File Photo.

Food, health care, and rent are all going up, but wages are not. There’s tiny relief in gas prices finally dipping this month, and job gains are better than expected. However, Americans are still worried about a looming recession.

Plus, the January 6 Select Committee held their seventh public hearing this week, which focused on linking former President Trump and far-right extremist groups. As Trump hints at a potential 2024 White House run, how much do Americans care about what’s been revealed in the hearings? Have they changed opinions about the 2020 election? And will that impact whether or not Republicans would support Trump’s third run for the White House? Panelists discuss with special guest Keli Goff, columnist and producer of “Reversing Roe.”