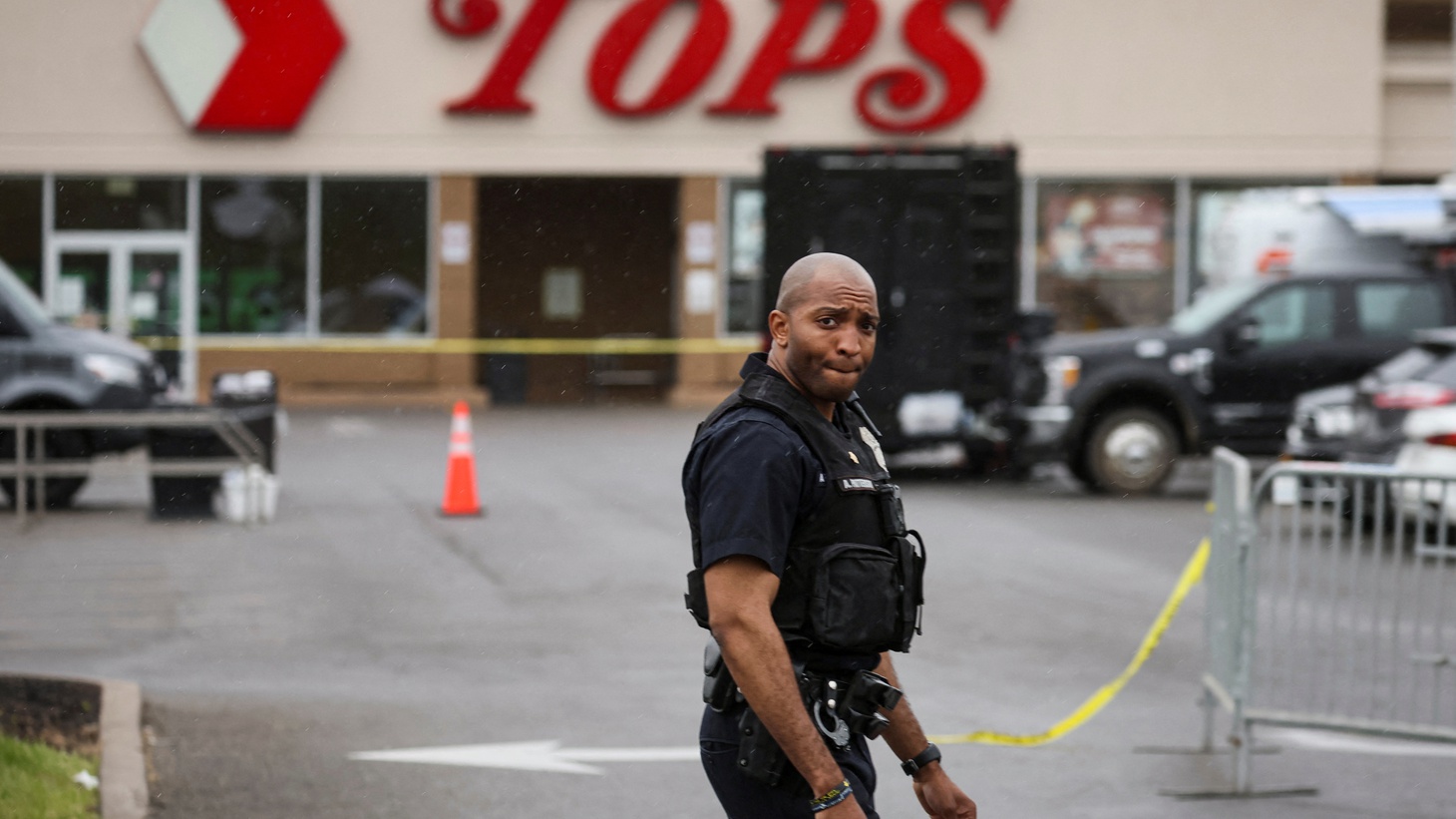 A Buffalo Police Department officer works at the scene of a weekend shooting at a Tops supermarket in Buffalo, New York, U.S. May 18, 2022. Photo by Brendan McDermid/Retuers.

This week, the nation witnessed another mass shooting. The gunman live-streamed the attack in which he specifically targeted Black people. Police soon uncovered the shooter’s racist manifesto and his inspiration from “the Great Replacement Theory.” Did this act result from mental illness or racism?

The majority of Americans believe in some form of gun control but once again, Congress is at an impasse. What is it going to take to implement change?

Guest host Jessica Yellin of “News Not Noise” discusses with Sarah Isgur, staff writer for “The Dispatch” and host of “The Dispatch Podcast,” on the right; and Baratunde Thurston, a founding partner at Puck and creator and host of the podcast “How to Citizen,” on the left.

Then, mixed results are trickling in from this week’s primaries. A number of Trump-backed candidates won, including Sen. Doug Mastriano, in the governor’s race in Pennsylvania. In the state’s Senate race, Trump-endorsed celebrity doctor Mehmet Oz and hedge fund executive Dave McCormick are still tied. Meanwhile, another Trump-supported candidate, incumbent Madison Cawthorn, lost in North Carolina’s GOP race. What does this say about Trump’s power with GOP voters?

At the same time, Democrat Cheri Beasley made history as the first Black woman to become chief justice of the North Carolina Supreme Court. Is there hope for the Democratic Party after all?