Does Putin moving in on Ukraine mean US democracy is weaker than ever? 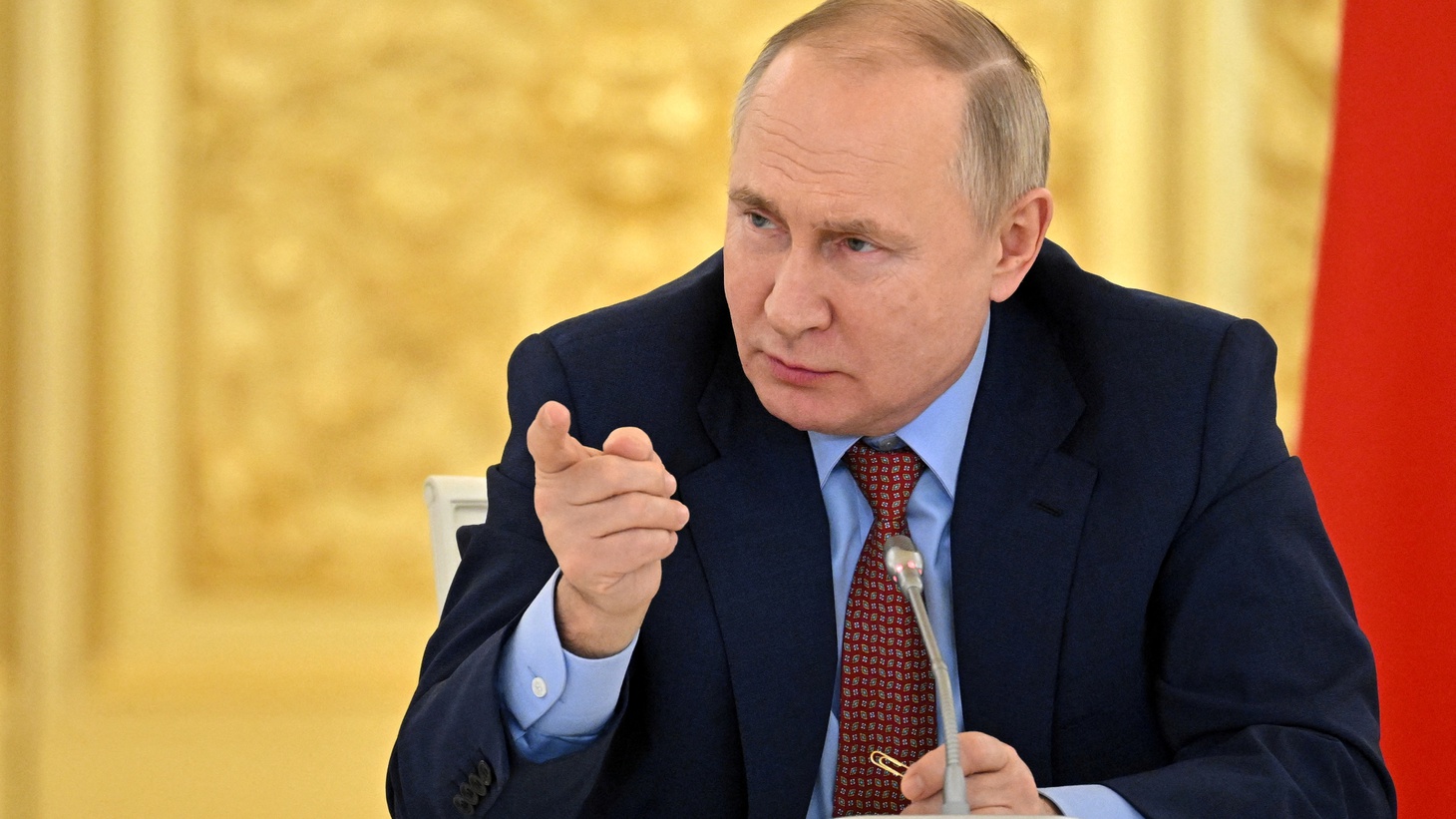 Russian President Vladimir Putin meets with members of the Delovaya Rossiya (Business Russia) at the Kremlin in Moscow, Russia on Feb. 3, 2022. Photo by Aleksey Nikolskyi/Kremlin via Reuters.

The crisis in Ukraine is edging toward what its president warns will be a “full-scale war” if Russian troops move in on the country — but this might also be a proxy war for democracy as we know it. What emboldened Putin to act now? Could it be that Russia believes Washington is weaker now than ever before, between troubles at NATO and turmoil at the White House? And if democracy is at risk at home, how justified is the fight for it abroad?

Guest host David Greene discusses with panelists Megan McArdle, columnist at the Washington Post, on the right; and Mo Elleithee, executive director of Georgetown University's Institute of Politics and Public Service, on the left.

Next: It’s time for the United States to take a metaphorical look in the mirror. Former President Donald Trump gave a fiery speech in Texas, hinting at another bid for the presidency, while also calling for people to protest in American cities if prosecutors investigating him did anything “wrong or illegal.” If that sounds a little too familiar, it might be because there’s an audience listening to Trump’s rhetoric — and we bring on  special guest Jean Guerrero of the Los Angeles Times to explain why.

Then: If you’re listening to this show on Spotify, you might have heard about the spat between musician Neil Young, podcast host Joe Rogan, and the audio streaming platform. Young demanded his music be taken down from Spotify because Rogan had been allowed to spread misinformation about vaccines and COVID. So what does Spotify owe its listeners? Should publishers be taking stances on the content they put out? Or does that create more echo chambers where good faith dialogue is desperately needed?

Finally: Our panelists rant about why the left and right don’t talk enough, and why fake snow is the absolute worst.