With Justice Breyer’s retiring, Biden faces another challenge in finding his replacement 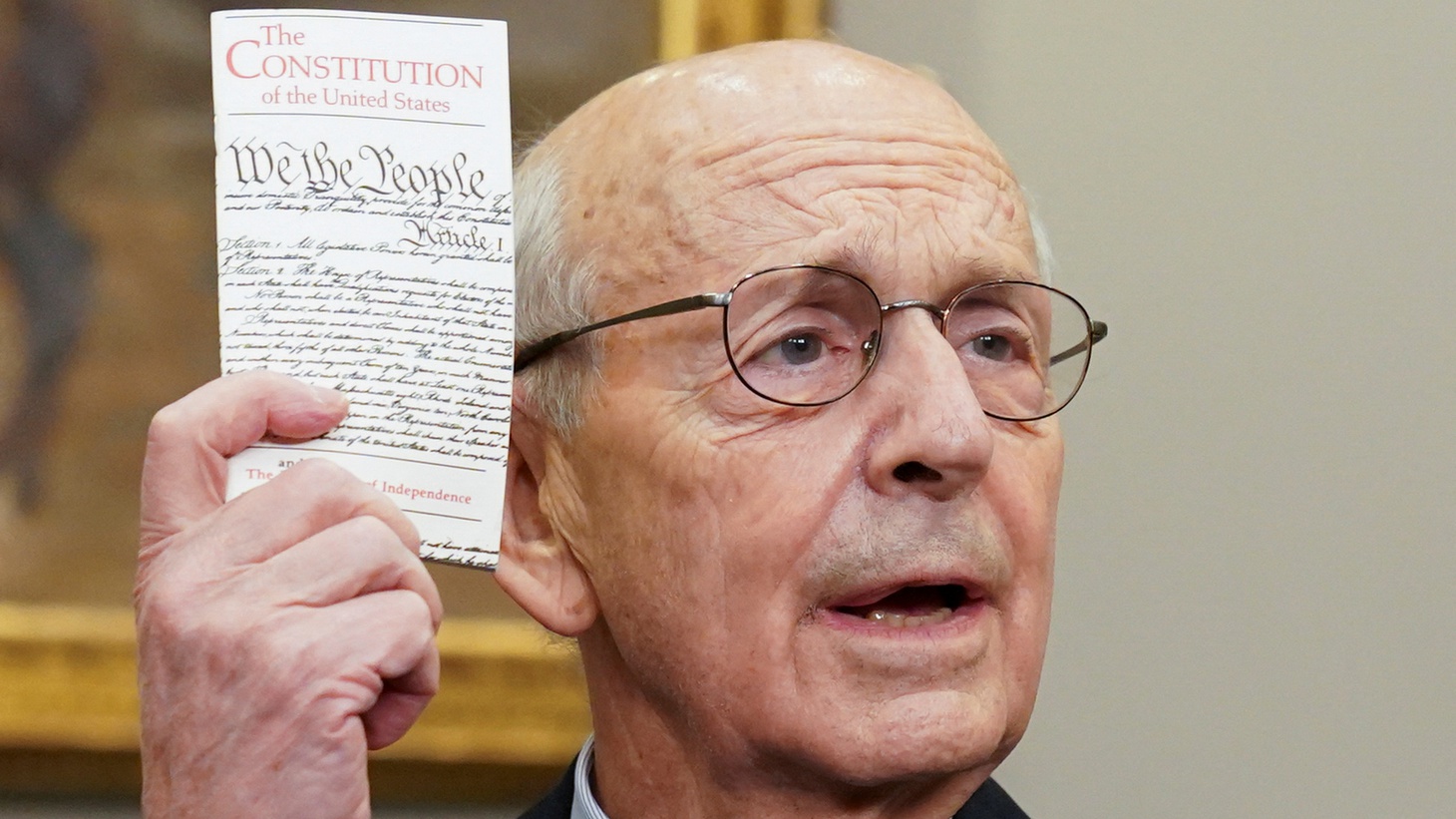 U.S. Supreme Court Justice Stephen Breyer holds up a copy of the U.S. Constitution while announcing he will retire at the end of the court's current term, at the White House. January 27, 2022. Photo by Kevin Lamarque/Reuters.

Supreme Court Justice Stephen Breyer is retiring after 27 years on the nation’s highest court, giving President Biden his first chance to nominate a justice to the bench. He’s expected to announce his pick by the end of February, and has vowed to nominate a Black woman.

So, who’s the right person for the job? Will the fight to hold down the liberal wing of the court fall along ideological lines? And when did Supreme Court nominations become tit for tat?

Guest host David Greene brings on panelists Megan McArdle, columnist at the Washington Post, on the right and Mo Elleithee, executive director of Georgetown University's Institute of Politics and Public Service, on the left to discuss.

Next: Where is this chess match between Vladimir Putin and the rest of the world headed? There are 100,000 troops poised and ready at Ukraine’s border, but what Putin will order them to do is anybody’s guess. With China undoubtedly watching the situation closely, how can Biden convince fuel-reliant Germany to get behind the NATO bloc against Russia? Are there foreign policy lessons to be learned from Afghanistan, Syria, Iraq and beyond?

Also: Special guest and former Stockton mayor Michael Tubbs discusses radical approaches to ending the cycle of poverty. Is there a place for child tax credits and stimulus checks in a post-pandemic America? And how can macroeconomic growth translate to concrete benefits for people on the ground? Our panelists discuss.

Finally: Why is the FDA conspiracy against Floridians “triple-distilled balderdash?” And David Greene makes a personal plea to keep your pandemic grumpiness at home.