Can Dems succeed in Latin America, at the polls, with constituents? 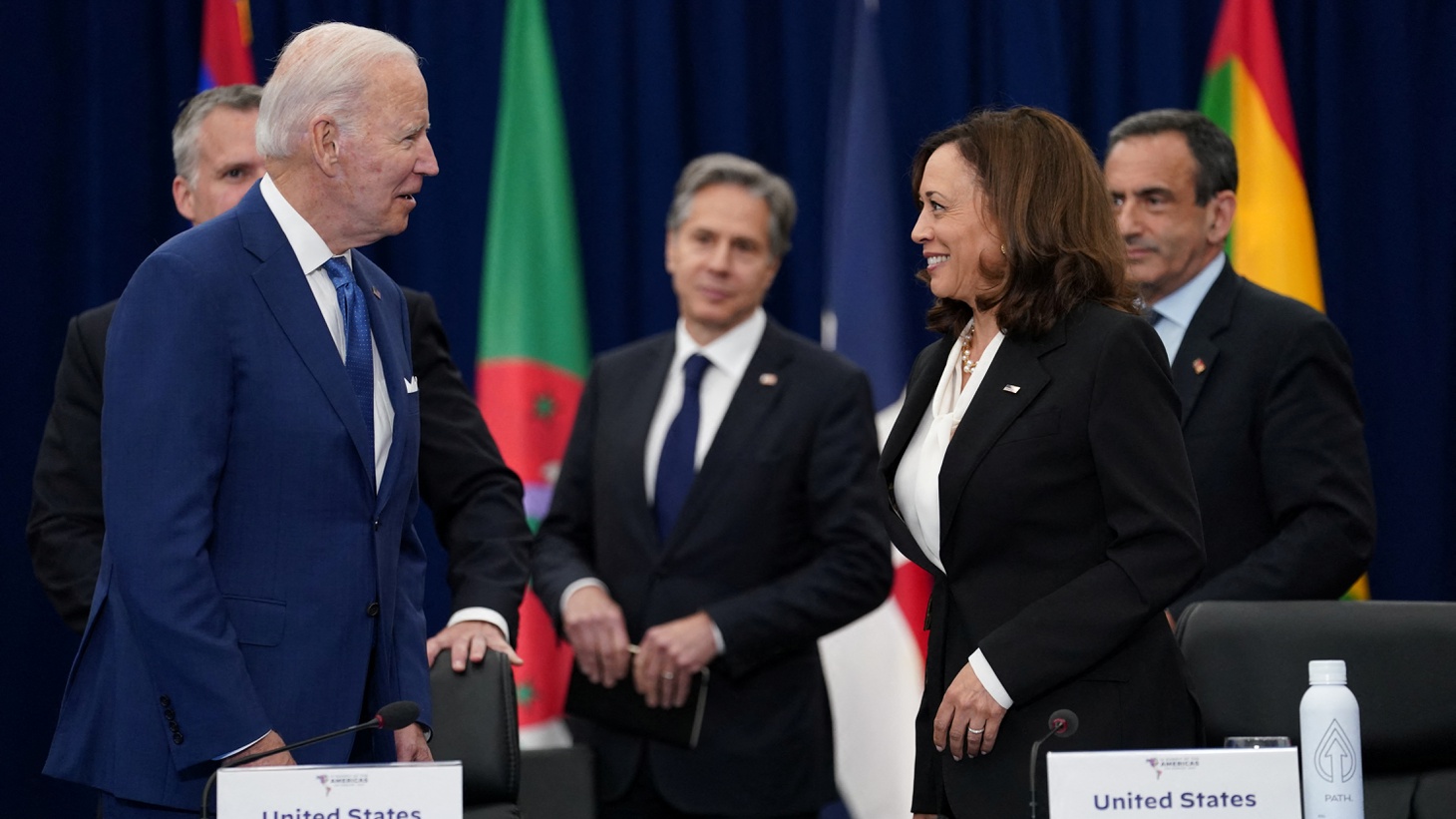 U.S. President Joe Biden speaks with U.S. Vice President Kamala Harris as he arrives to meet with leaders of Caribbean nations, as a part of the Ninth Summit of the Americas in Los Angeles, California, U.S., June 9, 2022. Photo by Kevin Lamarque/Reuters.

President Joe Biden came to Los Angeles this week to host the Summit of the Americas, an event that’s supposed to bring together leaders from across the Western Hemisphere. But the agenda was overshadowed by the list of world leaders who were excluded or who boycotted, including Cuba, Venezuela, Nicaragua, Mexico, and more. Biden’s looking to make diplomatic progress on migration and the economic devastation and violence that drives it. Can he succeed?

Voters went to the polls across the country this week, with some big primary races in states like California. Pundits like to draw national conclusions from local races and sometimes that’s a mistake, but we can’t help ourselves.

This week also marked the dramatic kickoff to the House hearings on the January 6 attack on the U.S. Capitol.

Guest host Gustavo Arellano, of The Los Angeles Times and The Times Daily podcast, tackles all this with panelists Tara Setmayer, senior advisor with The Lincoln Project, in the center; and Sarah Isgur, staff writer at The Dispatch, on the right; as well as special guest Julio Ricardo Varela, interim executive director of Future Media.