Roger Stone’s pretrial proceedings are underway in D.C., but he’s still stirring up drama. Stone posted a photo on Instagram of Judge Amy Berman Jackson with what appears to be crosshairs in the image. But Stone says, “it is evidently more correctly a Celtic symbol.” If this post doesn’t violate the gag order, and it also isn’t determined to be a threat to the judge, what will happen later this week when Stone and his lawyers appear in court to explain why she shouldn’t revoke Stone’s bail or modify her gag order? Is Judge Jackson just yanking the leash? 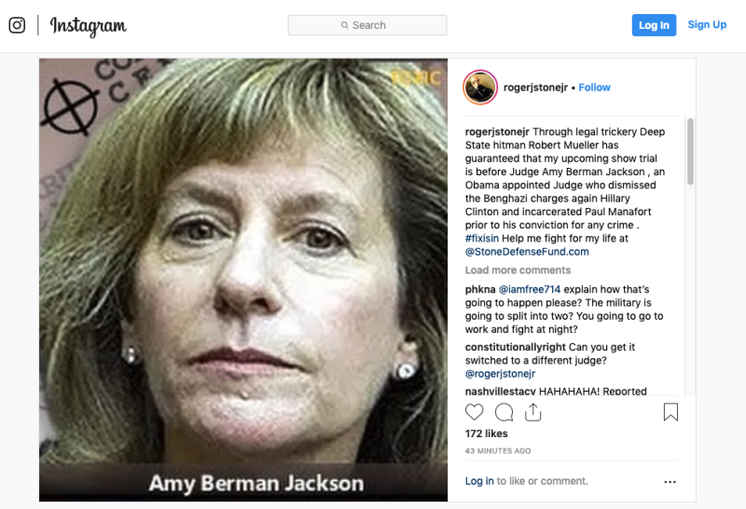 The special counsel’s team did not recommend a sentence for Paul Manafort, leaving his fate in the hands of Judge Amy Berman Jackson. Based on his crimes, the former Trump campaign manager could receive anywhere from 19-24 years in prison. Ken makes his prediction on Manafort’s sentence — we’ll see if he’s right about Judge Jackson this time.

Michael Avenatti’s ex-law partner Jason Frank received a multimillion-dollar court judgment last year, compensating him for profits he never received from the law firm Eagan Avenatti. Frank alleges Avenatti instead spent money on apartments, his Ferrari, and his other businesses. Frank asked a judge to place Eagan Avenatti under receivership, and Avenatti assented. Why? Because he claims business at his new firm, Avenatti & Associates, is booming.