Debate for the 24th Congressional District On June 7, voters in Santa Barbara, San Luis Obispo and parts of Ventura County will choose the top two candidates for the 24th Congressional District. Held by Congresswoman Lois Capps and before that, her late husband, Walter Capps, it's the first time in 20 years that the seat has been open.

KCRW and the Santa Barbara Independent co-host two debates that collectively feature eight of the nine the candidates running for the 24th Congressional District. (Biostatistician John Uebersax (I) declined our invitation.) Both debates will be broadcast live on 88.7 FM at 7pm. 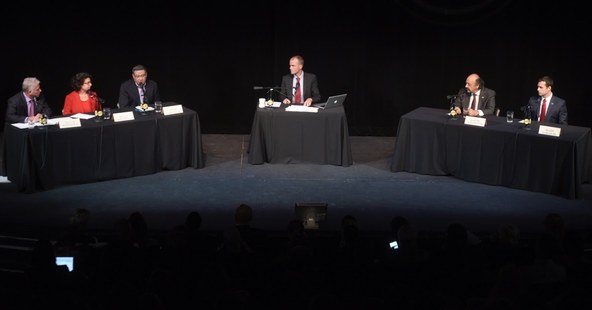