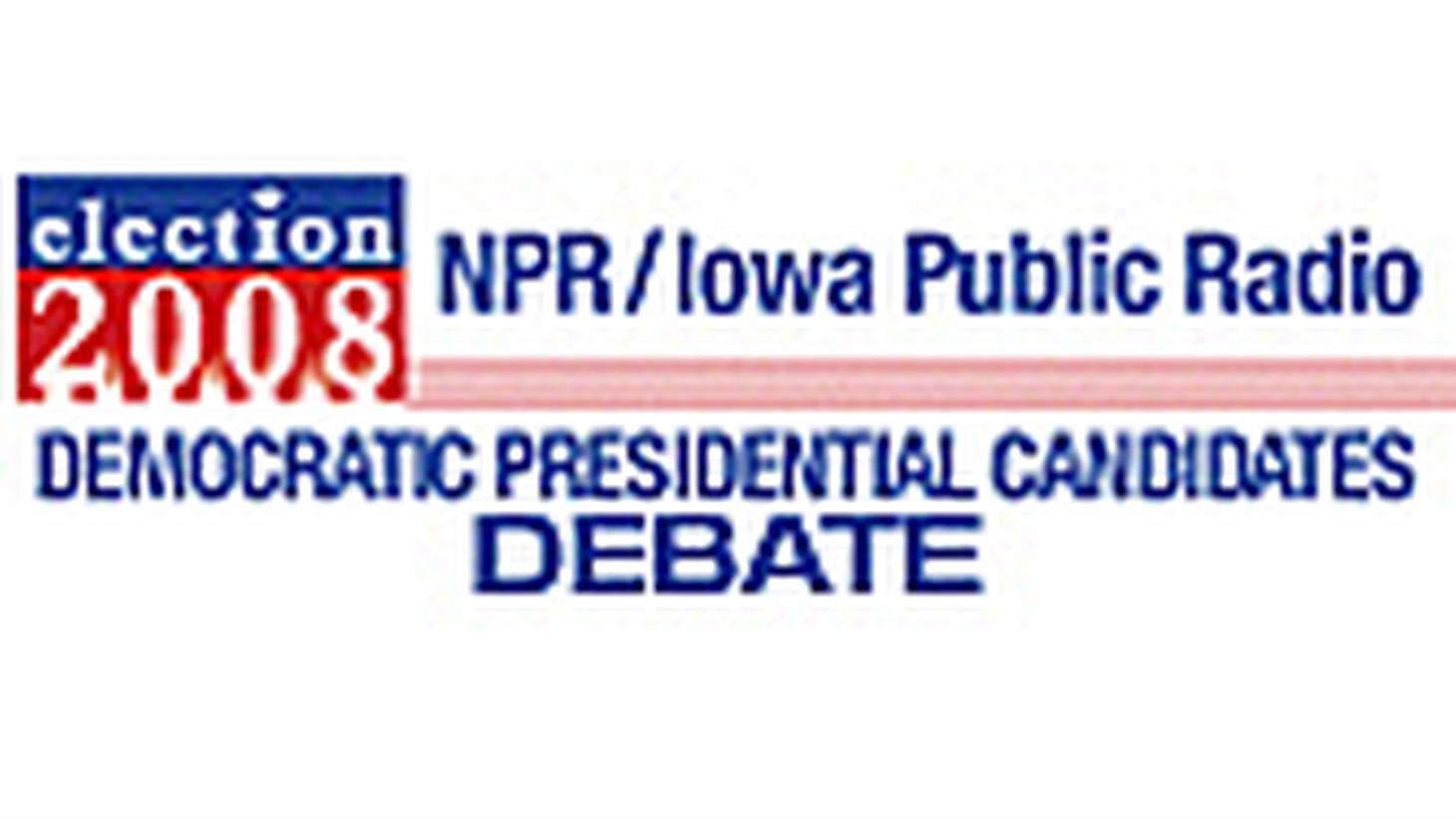 The two-hour event, leading up to the Iowa Caucus, will offer the first audio-only debate of the presidential race and will repeat the format introduced in 2004 by NPR and the NPR Member Stations of Iowa.  All major Democratic candidates are confirmed to attend. Breaking away from the question-and-answer structure traditionally presented by the television networks, the NPR/IPR debate will feature three areas of discussion and the moderators will enable the candidates to conduct a dialogue with each other.

NPR and IPR are working with the Republican presidential candidates to reschedule the forum originally planned for December 3.  The leading Republican candidates cited scheduling conflicts and multiple debate requests from news and political party organizations.  NPR is currently working closely with them to identify another suitable date and location.

The debate will pre-empt (the live broadcast of Tuesday's) To the Point as well as the last hour of Morning Becomes Eclectic.