Since the election, politically charged protests have erupted at alarming rates on college campuses nationwide. On UC campuses, troubles have stemmed from conservative speakers cancelling speeches due to student and administrative outrage. These incidents have raised questions about free speech versus hate speech, and what role universities play in promoting a diversity of political ideas while protecting students who feel unsafe. 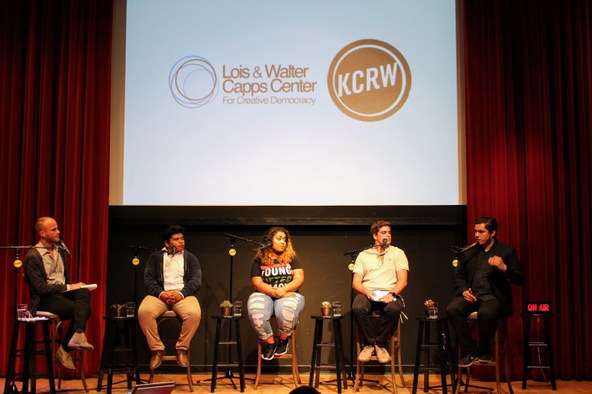 In a special live broadcast from UC Santa Barbara's Multicultural Center, KCRW's Jonathan Bastian steps away from the daily political buzz and asks a diverse group of college students, the newest generation of American voters, to reflect on where this country is heading and how to foster healthy dialogue among their peers.