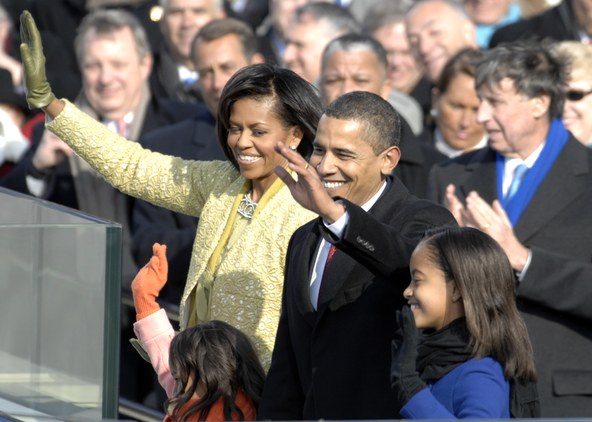 President Barack Obama, first lady Michelle, and daughters Malia and Sasha
wave to the crowd after his inaugural address January 20, 2009,
on the west steps of the US Capitol.
Photo by Master Sgt. Cecilio Ricardo, USAF