Earlier this month, KCRW's Jonathan Bastian sat down with author Richard Russo in front of a live audience at Antioch University in Santa Barbara. Russo has written numerous novels, stories, screenplays and even a memoir. He's perhaps best known for his Pulitzer Prize-winning novel Empire Falls, which was turned into an HBO miniseries starring Ed Harris, Philip Seymour Hoffman and Paul Newman. His newest novel, Everybody's Fool, is a sequel to Nobody's Fool, his 1994 novel which was adapted into a film. Russo talked about why he keeps returning to a blue-collar town in upstate New York, and a character based on his absent father. 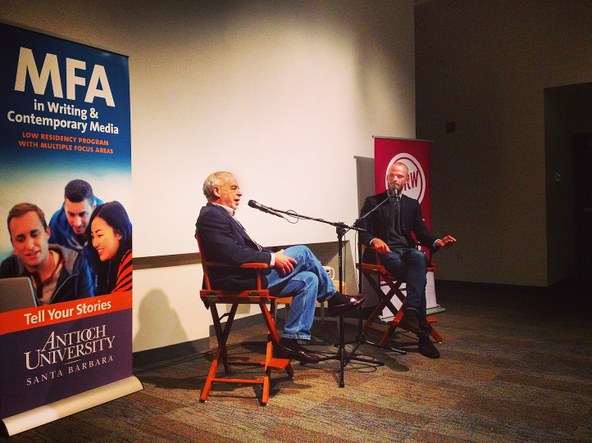 This interview was recorded live at Antioch University in Santa Barbara as part of the Diana and Simon Raab Writers Series.