An Ancient Tablet, Stolen Then Acquired By Hobby Lobby, Will Be Returned To Iraq 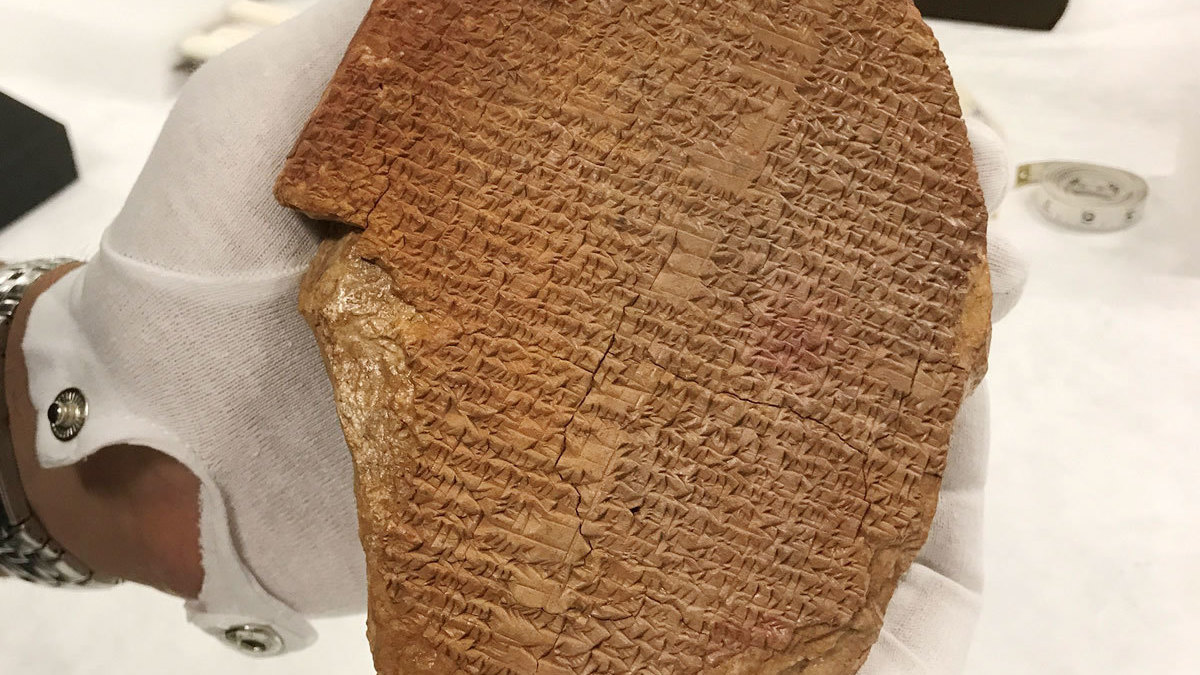 Hobby Lobby bought the Gilgamesh Dream Tablet for $1.67 million in 2014. Now it's being returned to Iraq. Photo by NPR - Immigration and Customs Enforcement

A 3,500-year-old clay tablet that was looted from an Iraqi museum 30 years ago is headed back to Iraq.

Known as the Gilgamesh Dream Tablet, it was acquired by the company Hobby Lobby in 2014 for display in the Museum of the Bible in Washington, D.C. U.S. authorities seized it in 2019, saying it was stolen and needed to be returned.

That return is happening Thursday at the Smithsonian's National Museum of the American Indian. It is part of a group of about 17,000 looted antiquities that the U.S. agreed to return to Iraq. Some of them went back in July.

"By returning these illegally acquired objects, the authorities here in the United States and in Iraq are allowing the Iraqi people to reconnect with a page in their history," UNESCO Director-General Audrey Azoulay said in a statement.

The tablet measures 5 by 6 inches. It features inscriptions in Sumerian, the language of the ancient Mesopotamian civilization. The text includes a section of the epic of Gilgamesh, a poem believed to have been written at least 4,000 years ago.

During the Gulf War in 1991, Saddam Hussein's regime lost control of regions of Iraq and several regional museums were looted of historic objects, possibly including the tablet.

By 2001, it had made its way to a London antiquities dealer, according to the U.S. Department of Justice. Then it was on to antiquities dealers in the U.S. and then back to London where in 2014 the auction house Christie's sold it to Hobby Lobby for $1.67 million.

Hobby Lobby sued Christie's, saying the auction house provided false documentation about the tablet's history. Christie's said it did not know the documents were false at the time.

Hobby Lobby's owners are also the founders of the Museum of the Bible. The museum opened in 2017. Hobby Lobby President Steve Green began collecting artifacts in 2009 for the museum, but admits he knew little about collecting early on and did not adequately make sure that he was not buying stolen items.

In 2017, Hobby Lobby agreed to pay a $3 million fine in a settlement with the Justice Department and agreed to return thousands of clay tablets that were illegally imported.

Green announced in March 2020 that he would return 11,500 objects to the governments of Iraq and Egypt.