Britney Spears Has Moved Toward Freedom From Her Father 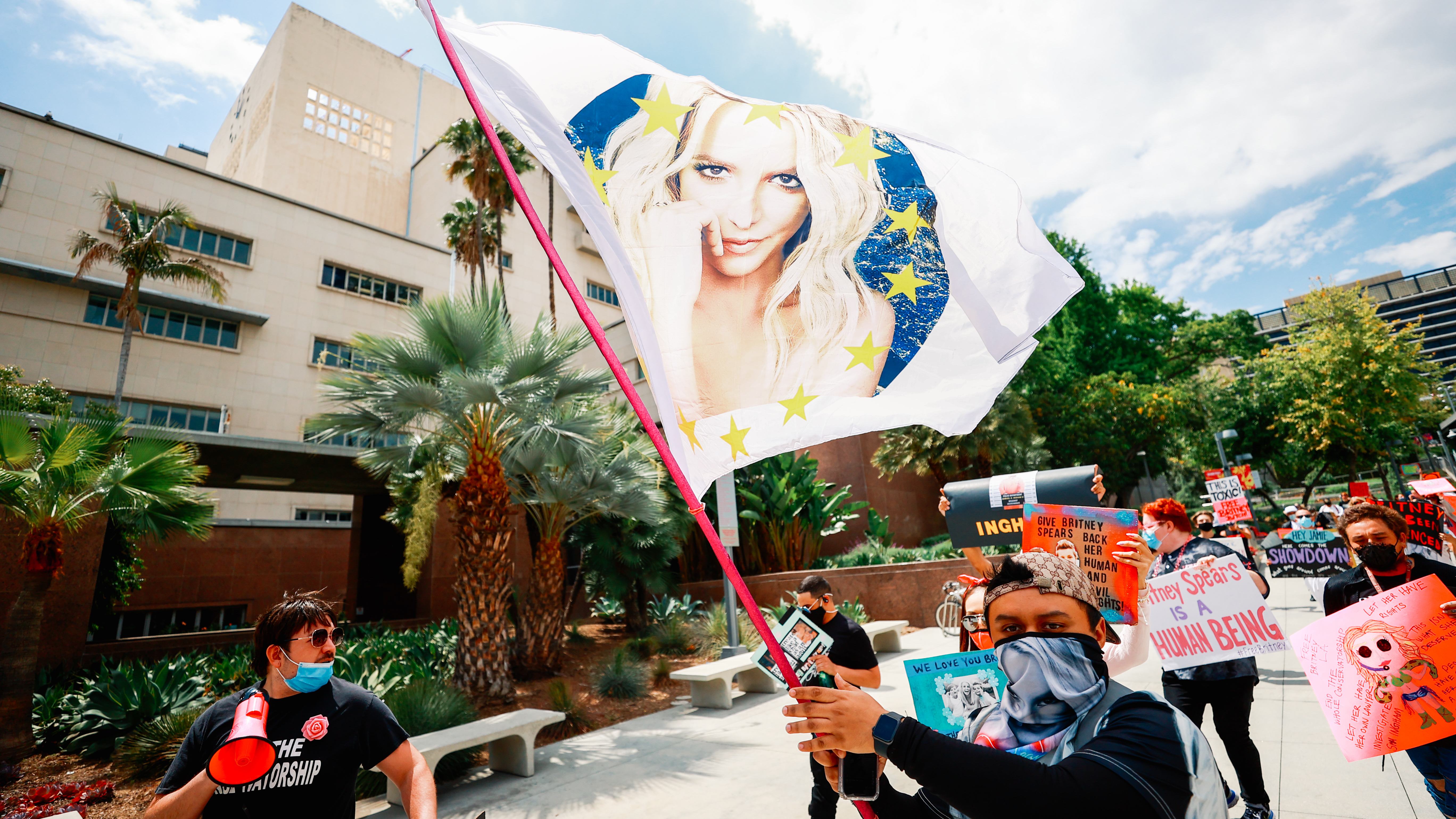 #FreeBritney activists protest outside the courthouse in Los Angeles during a conservatorship hearing on April 27. Photo by Matt Winkelmeyer - Getty Images

A judge in a Los Angeles court granted a request from Britney Spears' lawyer, Mathew Rosengart, to remove Jamie Spears, the pop star's father, as conservator of her estate on Wednesday. Here are the details.

Both Spears and her father, Jamie, had petitioned the court to end his role in the 13-year conservatorship, after a whirlwind series of recent events. But there are a couple of ways the judge could rule, including denying their petitions, replacing Jamie or terminating the arrangement altogether.

NPR's Andrew Limbong tells Morning Edition that Wednesday's proceedings will be pretty focused on Jamie's involvement in his daughter's estate; he points out that another conservator, Jodi Montgomery, handles issues of Spears' health and well-being.

Jamie has previously said that he would consider stepping down, without providing a specific timeline. Spears' new lawyer, Mathew Rosengart, has argued since his appointment in July that Jamie should be removed immediately.

Spears has said in the past that she found her father intimidating and abusive, and three recent documentaries from The New York Times and Netflix raise more questions about the degree to which she has been controlled and even exploited under the arrangement.

For example, Limbong says, Britney vs Spears shows how hard those in charge of Spears were working her, noting their financial incentive for putting her on tours and booking her shows. And Controlling Britney Spears alleges that her guardians planted a listening device in her room to record private conversations without consent.

He also notes that while this case is very much about Spears' future, it also has broader implications: Conservatorship reform advocates are watching it closely, and politicians on both sides of the aisle are also paying attention (among other developments, a Senate subcommittee held a hearing Tuesday on "toxic conservatorships").

There's a lot at stake, and a lot to digest. Check out these recommended reads and listens while you wait:

Reporting for this story originally appeared in the Morning Edition live blog.