Joe Biden Calls For Trump Impeachment 'To Preserve Our Constitution' 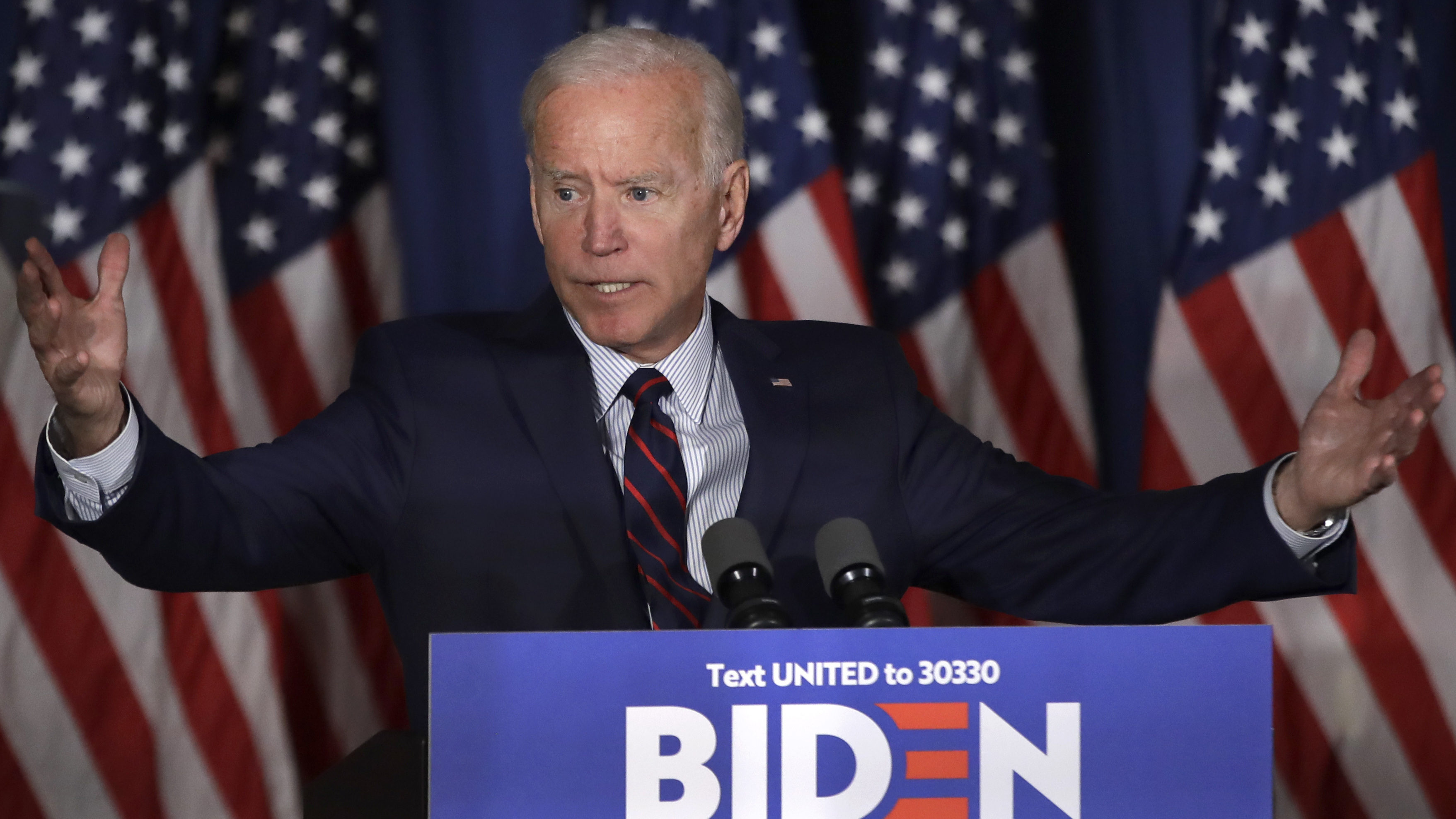 Up until now, Biden had reserved judgment, saying he supported the House's impeachment inquiry and wanted to see what the facts showed.

But in a campaign speech in Rochester, N.H., Biden was unequivocal, saying that "to preserve our Constitution, our democracy, our basic integrity, [Trump] should be impeached."

Biden said the case was already clear before the public.

"With his words and his actions, President Trump has indicted himself. By obstructing justice, refusing to comply with the congressional inquiry, he's already convicted himself," Biden said. "In full view of the world and the American people, Donald Trump has violated his oath of office, betrayed this nation and committed impeachable acts."

Biden later argued that "impeachment isn't only about what the president has done — it's about the threat the president poses to the nation if allowed to remain in office."

Accordingly, Biden said, Congress should remove him before voters go to polls to choose the president on Election Day next year.

Biden and his family were the subject of an effort by Trump to request political assistance from the government of Ukraine that was connected to U.S. military assistance and offers of engagement with Trump himself.

Trump, his aides and some State Department diplomats were involved with an effort to get Ukrainian President Volodymyr Zelenskiy to launch investigations into Biden's family and into a conspiracy theory believed by Trump about the political interference in the 2016 presidential race.

Trump has defended the propriety of those actions and also called for the government of China to investigate the Biden family, too. Trump and his supporters have sought to call attention to what they call the questionable business dealings of Biden's son Hunter.

The president mocked the Bidens on Wednesday on Twitter in a response to the campaign speech.

The back and forth between Trump and Biden followed the White House's declaration on Tuesday that it would not accommodate Congress with documents or witnesses in the impeachment inquiry.

Without a vote to initiate an inquiry by the full House, argued White House counsel Pat Cipollone, there is no impeachment inquiry the administration is bound to respect.

But White House officials also won't commit to cooperating with Congress if the House were to convene a vote on launching an impeachment inquiry.

Biden used his speech in New Hampshire to fault what he called that rejection laws and democratic norms, saying of the president that "he is seeing no limits to his power regardless of what the Constitution says" and that "he believes if he does something, it's legal — period."

Trump "believes he can and will get away with anything he does. We all laughed when he said he could stand in the middle of Fifth Avenue and shoot someone and get away with it," said Biden, alluding a statement Trump made during the 2016 campaign.

"It's no joke," Biden insisted. "He's shooting holes in the Constitution, and we can not let him get away with it."

Biden has led the crowded Democratic primary field since he entered the race but has since been caught in polling by Massachusetts Sen. Elizabeth Warren —who earlier called for Trump's impeachment.

A Biden aide says that the former vice president has seen the past two weeks as "a remarkable period in American history" that made clear what he believes are Trump's obstruction and wrongdoing. That gave Biden no choice but to make his stance on impeachment clear, the aide says.