Fed Goes All Out To Keep Economy Alive During Coronavirus Shutdown 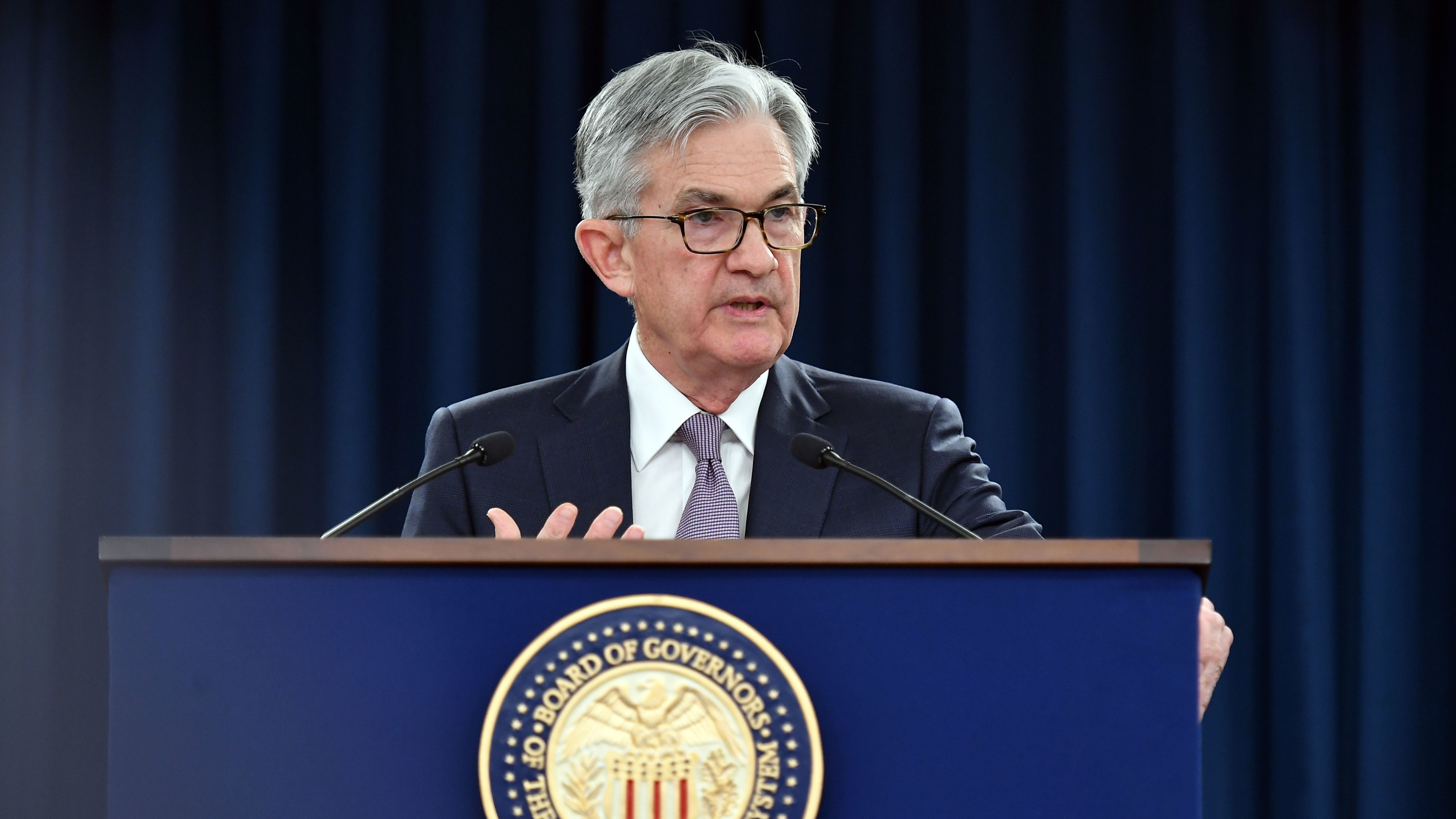 Led by Jerome Powell, the Federal Reserve has moved quickly and creatively to pump money into the rapidly shrinking U.S. economy. Photo by Mandel Ngan - AFP via Getty Images

As the United States tumbles into a coronavirus recession, the Federal Reserve is using its nearly unlimited power to generate cash to cushion the fall.

"The Fed is doing everything they can to keep financial markets functioning and credit available to households and firms," former Fed Chair Janet Yellen said during a forum organized by the Brookings Institution.

Since the middle of March, the Fed has purchased more than $1.2 trillion in Treasurys and mortgage-backed securities, and the central bank has made it clear that it will continue buying as much as necessary to keep credit markets from seizing up.

With help from the Treasury Department, the Fed is also branching into nontraditional markets. It will now lend money directly to corporations. And it's preparing to roll out a "Main Street" program to help finance smaller firms.

"The Federal Reserve is really throwing out all the stops in an effort to contain a health crisis from becoming an economic or financial crisis," said Greg McBride, chief financial analyst for Bankrate.com. "Issue No. 1 for the Fed is to get the plumbing of financial markets working properly again."

The Fed's actions have made a difference, preventing the financial pipes from clogging up, though credit is still harder to come by than it was before the crisis. The challenge now is whether the central bank can extend its helping hand to ordinary businesses whose customers have suddenly disappeared.

The $2 trillion relief bill passed by Congress to address the coronavirus fallout includes $454 billion to backstop Fed lending programs. That should allow the central bank to pump as much as $4 trillion into the economy. That's more than the Fed spent on its bond-buying program in the six years after the financial crisis.

Although the central bank has already exhausted some of its firepower by cutting interest rates to near zero, Fed Chair Jerome Powell insists he and his colleagues still have potent weapons at their disposal.

"When it comes to this lending, we're not going to run out of ammunition," Powell told NBC's Today show. "Where credit is not flowing, we have the ability in this unique circumstance to step in and provide those loans."

That's important at a time when countless businesses are closing their doors and millions of workers are losing jobs. Goldman Sachs predicts the U.S. economy will shrink at an annual rate of 34% in the next three months, thanks to a deliberate effort to slow the spread of the virus.

"This is a situation where people are being asked to step back from economic activity," Powell said. "Close their businesses, stay home from work."

By shoveling money out the door, the Fed hopes to keep the economy on life support long enough to outlast the pandemic.

"In principle, if we get the virus threat under control fairly quickly, economic activity can resume," Powell told NBC.

The Fed has moved much more quickly in recent weeks than it did during the financial crisis a dozen years ago.

"It's kind of crazy how they've almost done as much in this week as they did in several months in 2008," J.P. Morgan's chief U.S. economist, Michael Feroli, said during a week in which the Fed unveiled several new lending programs. "Now, they do have the advantage of just being able to dust off Bernanke's playbook."

Some of the Fed's new lending efforts are recycled from those that then-Chair Ben Bernanke and his colleagues set up during the financial crisis. But the Main Street program now on the drawing board would push the central bank into new territory — making cash available to midsize firms in an effort to keep them afloat during the coronavirus shutdown.

"What the Fed is trying to do is provide as much liquidity and capital that's requested in markets, so businesses can continue to function, banks can continue to lend and consumers can still have access to credit," he added.