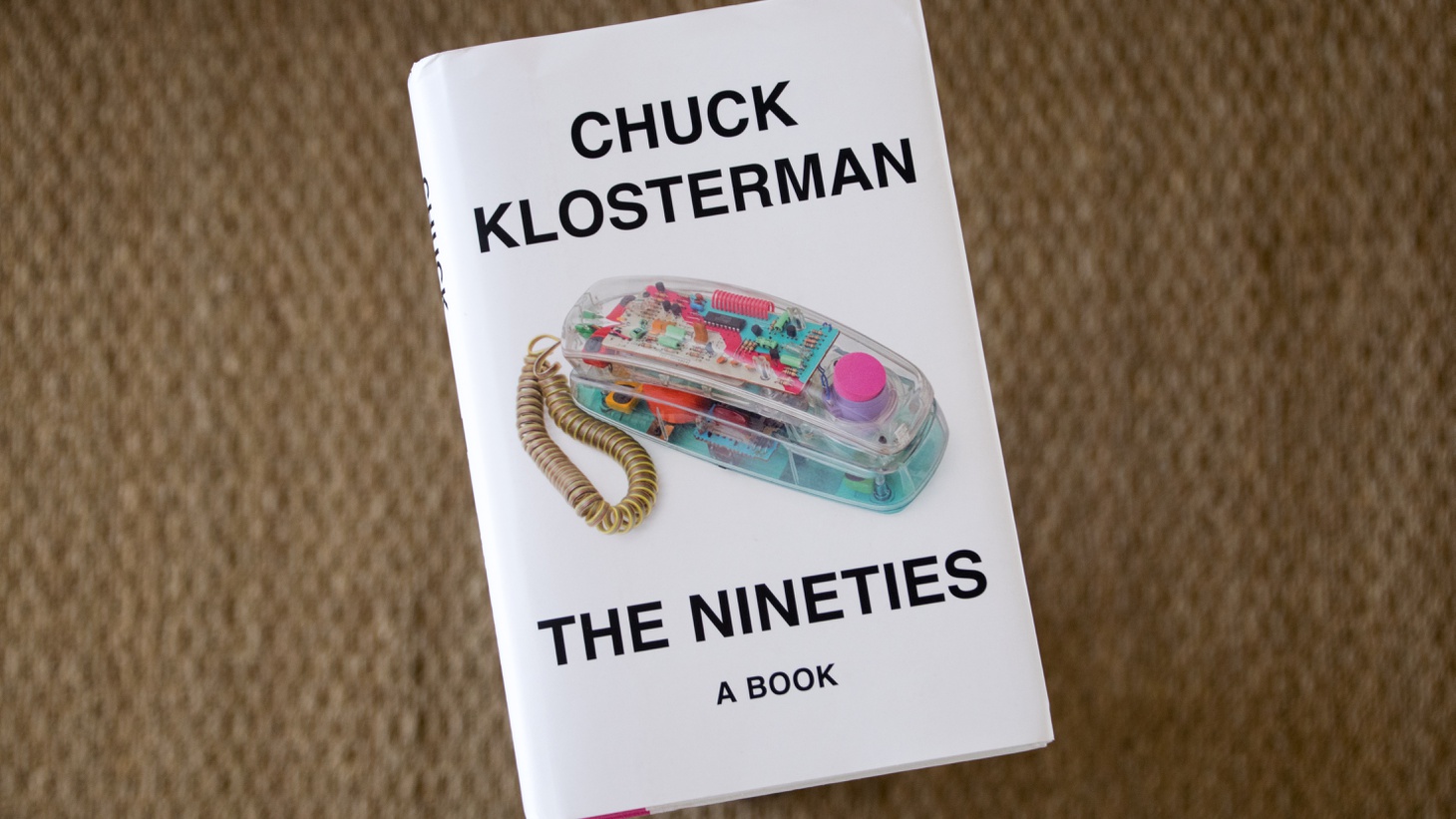 “Some people who read it would be … people who literally lived through it and … became of age. There are also people born into the 90s or after who will see the book purely as exposition, information about something they once heard about. And there are people older ... who remember the 90s as maybe another interchangeable decade where the world seemed to get worse,” says author Chuck Klosterman. Photo by Brian Hardzinski/KCRW.

Remember the 1990s — dial-up internet, Hollywood hits such as “American Beauty” and “Titanic,” music groups like the Spice Girls and Nirvana? Back then, the economy was humming along, communism felt like a specter of the past, and Americans hadn’t heard of Al-Qaeda. The era’s greatest sin was to be labeled a sellout or look like you were trying too hard, says Chuck Klosterman, author of an essay collection called “The Nineties: A Book.”

“There is just a natural human inclination to always look back on things and assume that their only importance can be how it affects right now. … What I'm trying to do is look back at a time and be like okay, if you lived through this, and even more importantly, if you did not, this is sort of how the experience felt,” Klosterman tells KCRW.

Catering to all readers: Who needs a CD explainer?

“One of the most complicated things about doing this book was the realization that some people who read it would be … people who literally lived through it and … became of age. There are also people born into the 90s or after who will see the book purely as exposition, information about something they once heard about. And there are people older ... who remember the 90s as maybe another interchangeable decade where the world seemed to get worse. And I somehow have to make a book that addresses all of those things,” Klosterman says.

He shares that at one point, he wondered if he needed to describe what a compact disc was, and the fact that it had meaning now seems bizarre. 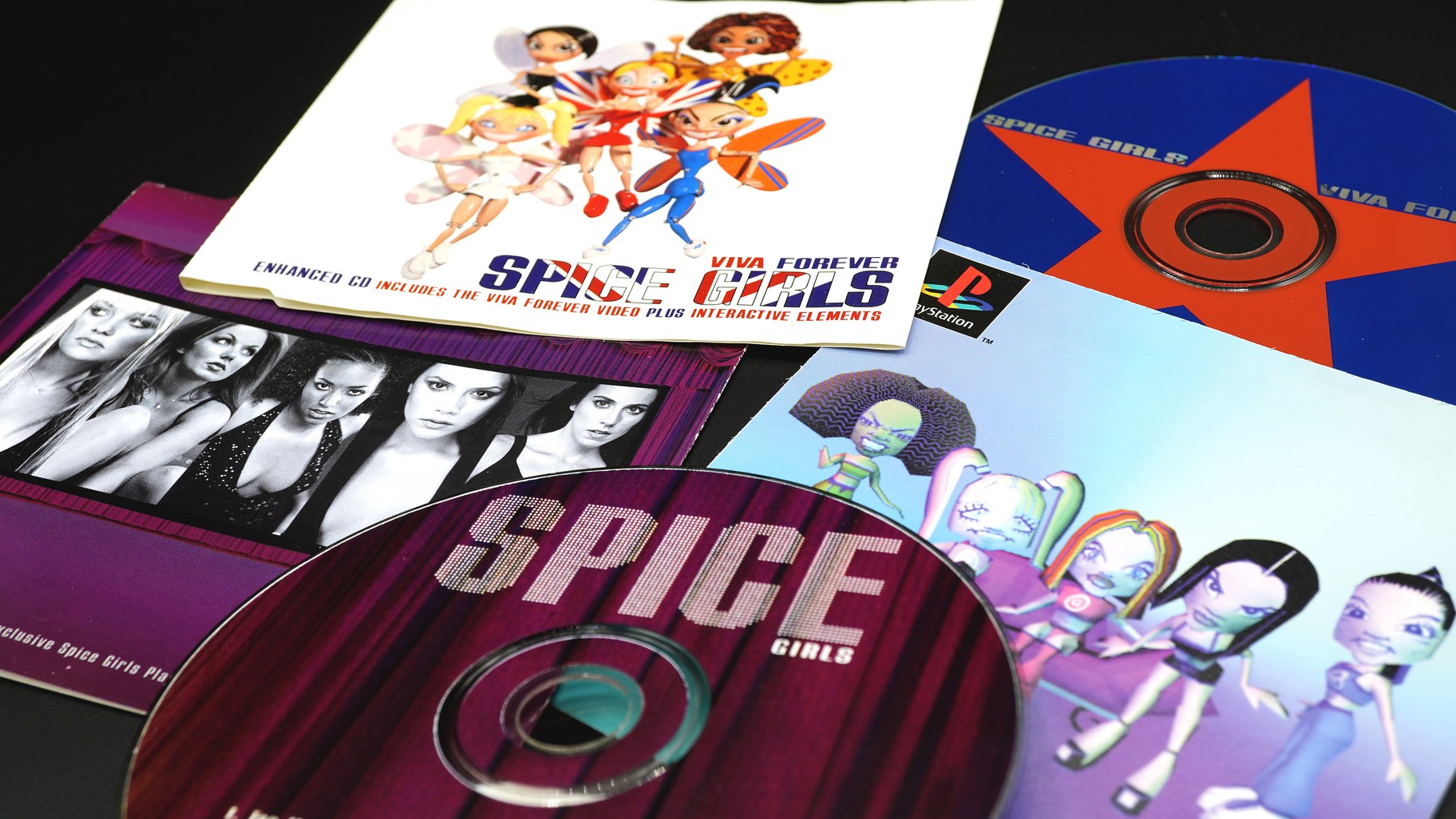 The Spice Girls were a British pop music group that formed in 1994. Scores of fans played their songs, such as “Wannabe” and “2 Become 1” on compact discs (CDs). Photo by Shutterstock.

“When you have access to all the music in the world for $10 a month or whatever, the idea that people used to go to Best Buy and spend $14 to get 12 songs that they could only play on one specific machine, it almost seems like a masochistic thing. … That's just how it was, and it actually seemed like an improvement over cassettes because you can skip from song to song.”

Klosterman says the sound of a dial-up modem is nostalgia now: “You're using your own emotional memory to make it better than it was because obviously, it was worse than Wi-Fi. … Nobody complained about how slow it was to get onto AOL because they were comparing it to writing someone a letter that took four days to get there.” 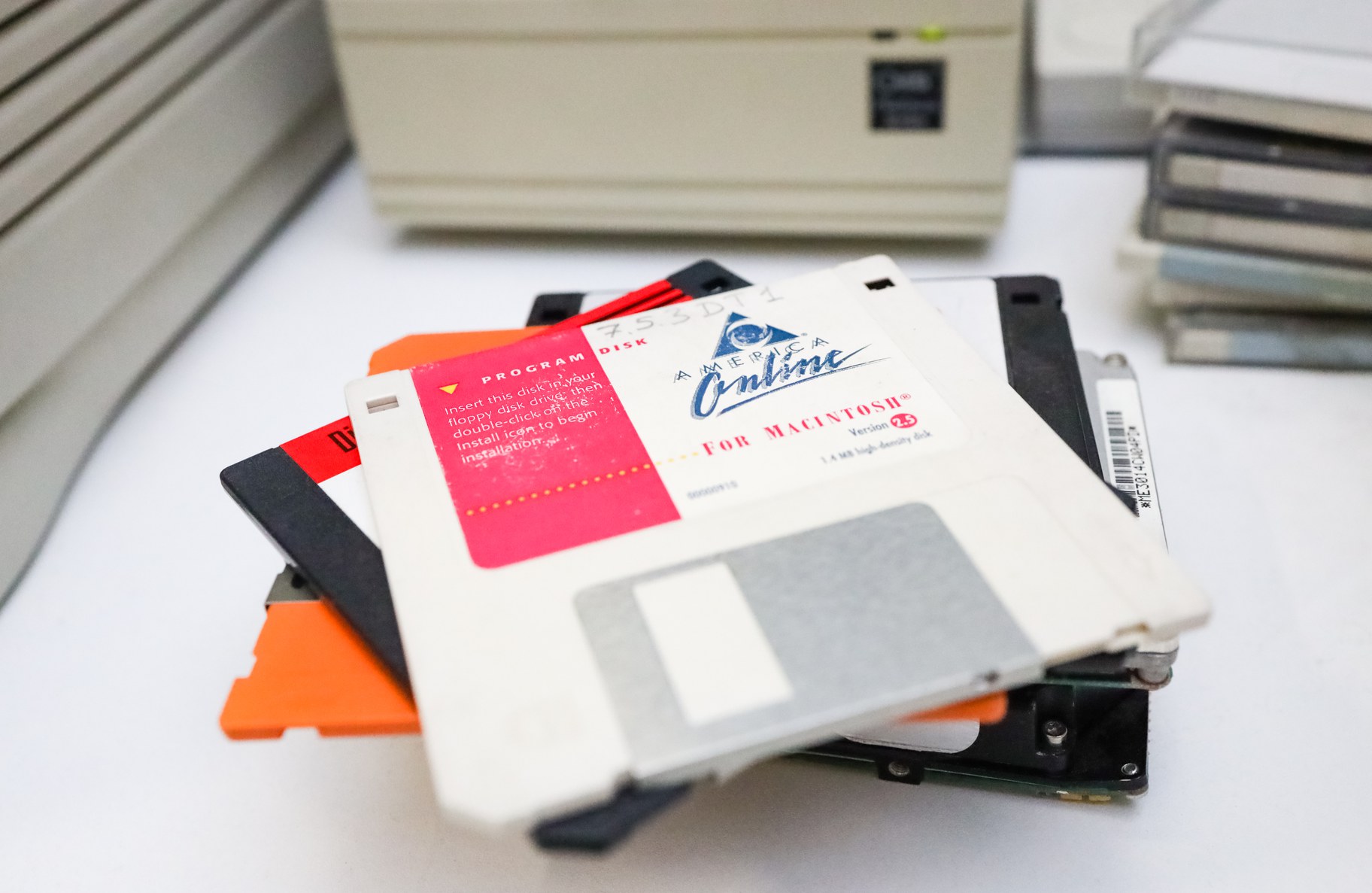 “Nobody complained about how slow it was to get onto AOL because they were comparing it to writing someone a letter that took four days to get there,” says author Chuck Klosterman. Photo by Shutterstock.

However, he says people misidentify the quality of nostalgia. “Nostalgia is just not remembering stuff. Nostalgia is when you look back on something, and you change the meaning because of the way you feel about it.”

Also, he explains that the architects of the early internet assumed that what they liked about network computing would be shared by everyone. “But then of course … when it did spread through society, people used the internet for their own purposes. And now we have what we have now, which is very unlike what the initial vision for this was.”

Upon release, “American Beauty” made “Best Of” lists and won several awards, including five Oscars. Now it looks problematic, as the plot is about a father named Lester Burnham (played by Kevin Spacey) who lusts after his daughter’s best friend.

“That was the most decorated movie of that year. … Bill Clinton talked about how he was fascinated by it. And then in a very short period of time, the thinking started to shift. … That little bit that it was … losing on the moral compass of the country just exploded and was annihilated,” Klosterman says.

He explains that people now hate the film because it tries sympathizing with problems of people who we no longer view as sympathetic. “You look at the Kevin Spacey character, the problems he's dealing with, oh he's got a great job but it's not satisfying. So he quits. That was seen at the time as well, a lot of people would love to do that. … Now it's well, that's the ultimate example of privilege, he can quit his job and work at a fast food restaurant,” Klosterman says.

He adds that Lester’s lust for his daughter’s friend was seen as uncomfortable but tragically comic in 1999, whereas now it’s a repulsive concept.

How to define decades in the 21st century?

“Some would argue that if we get a little further out, suddenly, it's going to become clear. … But in terms of looking at a period and saying there's some immutable shared values here – that even the people who disagree with understand – that may have ended, we may be beyond that.”