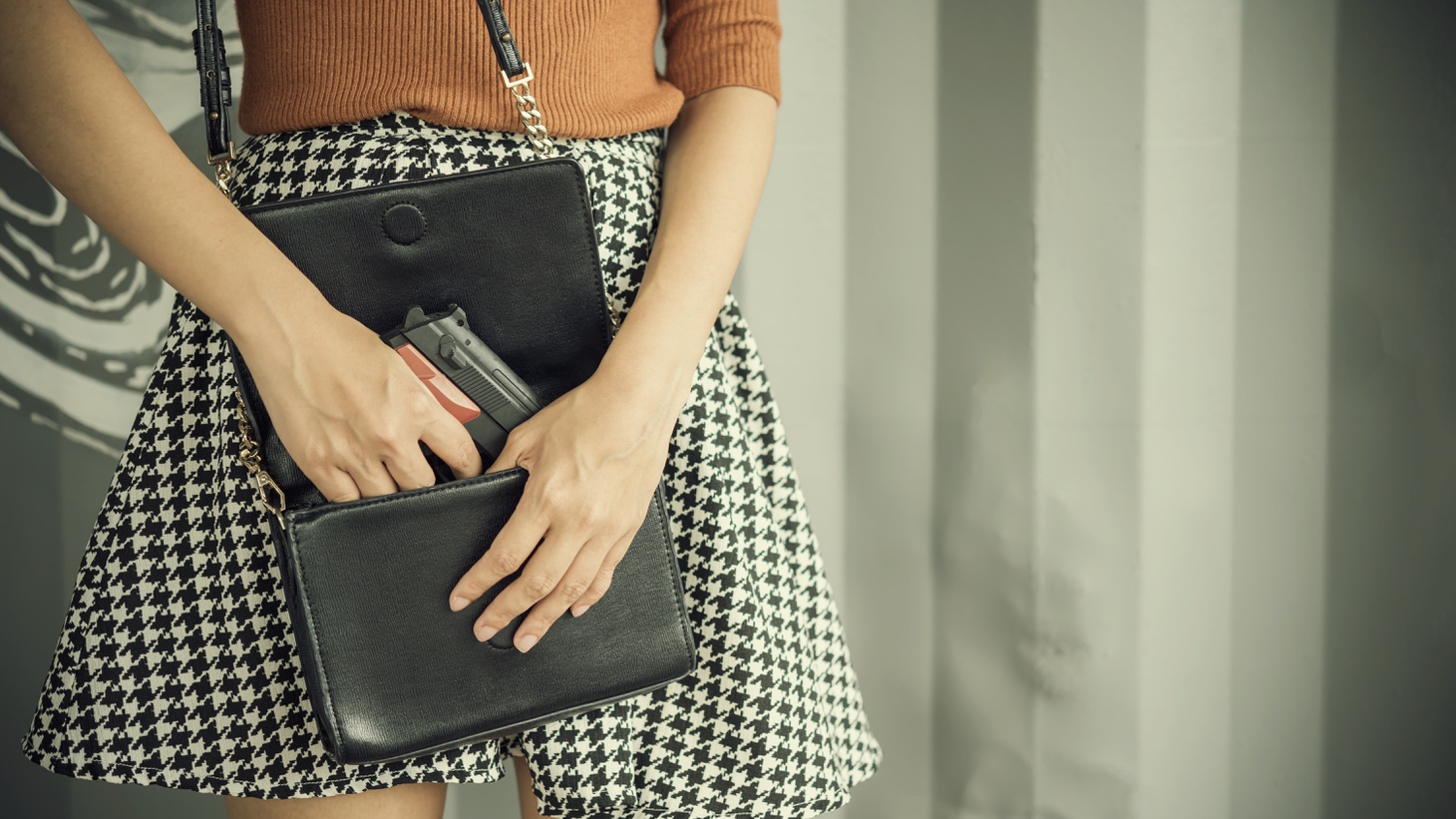 Photo of hand of young woman pulling a pistol out of her handbag. Photo by Shutterstock.

At least six people are dead and 30 are injured after a mass shooting in Highland Park, Illinois on July 4. A 21-year-old suspect is in custody following an hour-long manhunt. While his motives are still unclear, law enforcement says he appears to have legally bought the rifle. Illinois has strict gun laws, including ID requirements, waiting periods, mandatory background checks, and red flag laws.

The latest tragedy comes weeks after the U.S. Supreme Court ruled against a New York law that required special circumstances for people to qualify for a concealed carry permit.

“We have, I think, about 1,300 concealed carry permits currently [in LA]. And he [Sheriff Alex Villanueva] expects that we could see 50,000 in LA County. So this is a ruling with — even though in some ways it's narrow, just based on striking down this one part of New York's law, it obviously has huge implications,” says Jessica Levinson, professor at Loyola Law School.