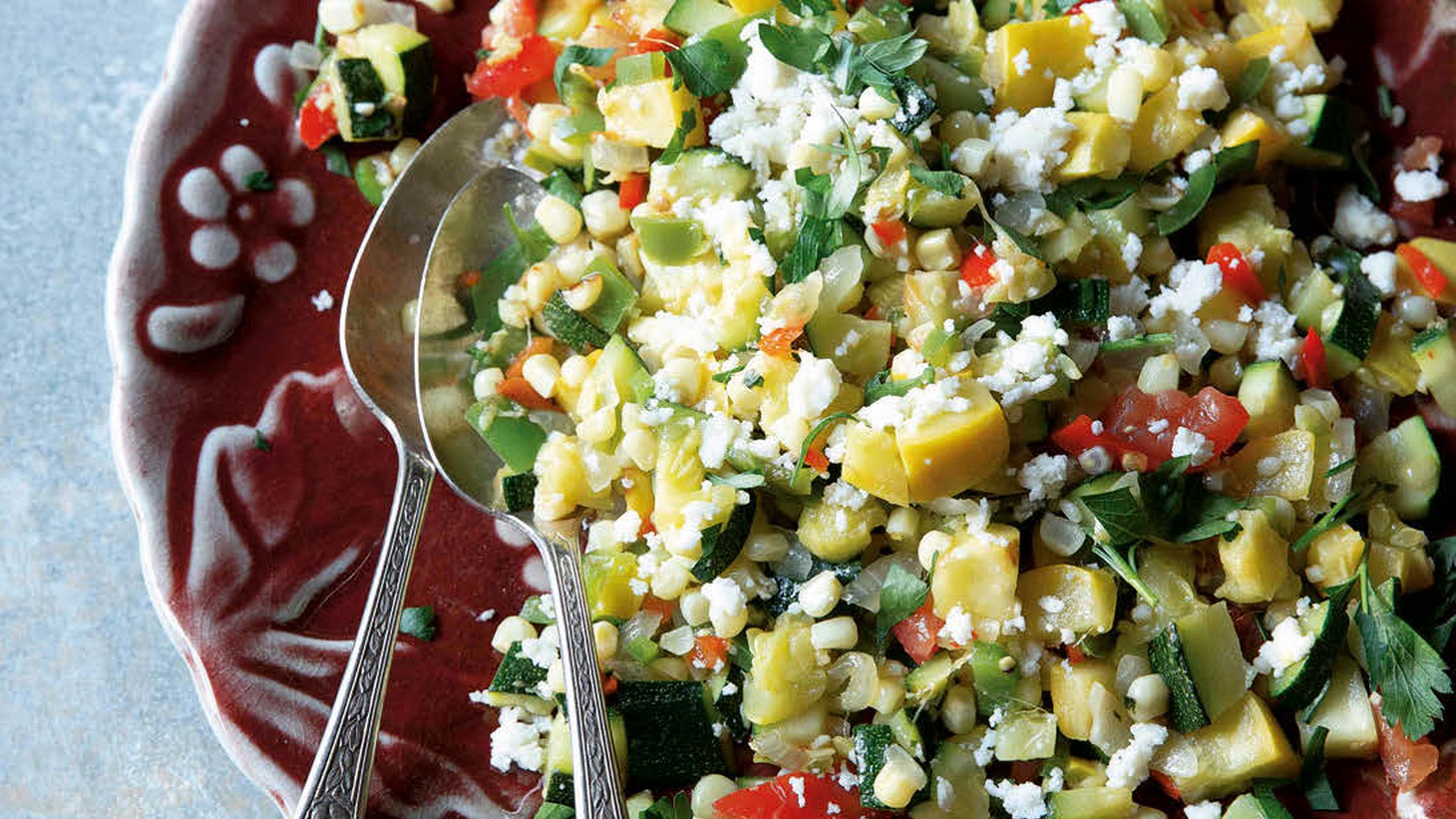 Navajo chef Freddie Bitsoie’s Calabasas squash, tomatoes and queso fresco is adish named for what is now Calabasas, California, which was home to the Chumash. Bitsoie says this dish reflects the kinds of crops they grew — and what we still grow in Southern California. Courtesy of Freddie Bitsoie.

Every year around Thanksgiving, Press Play revisits some of the interviews with chefs and cookbook authors over the past year. The aim is to inspire you to create new traditions with your family, or help you finalize your holiday menu.

Kenji Lopez-Alt, author of “The Wok: Recipes and Techniques,” made his name distilling the science of cooking into great kitchen hacks. He says the wok is an underappreciated pan that can be used to make all kinds of dishes.

“You can do everything from making stock in it, to obviously stir frying, it's the best tool for deep frying. It's the best tool for steaming. You can smoke in it,” Lopez-Alt says. “When you put food in it to deep fry … any sort of oil that splatters, it gets caught on the sides of the wok instead of going over and onto your stovetop. So there's less clean-up. You can also get a metal spider or strainer and maneuver stuff in there more easily, which is … what makes it easier to do things like poaching or simmering.”

When it comes to the average holiday spread, a lot of the main staples don’t pack the boldest flavors. Turkey, mashed potatoes, gravy, stuffing, squash — that’s a lot of beige.

For a dash of color, turn to Anna Voloshyna, author of “Budmo!: Recipes from a Ukrainian Kitchen.” If you want to try her spicy and sour tomatoes, start now because they need a few days to ferment. 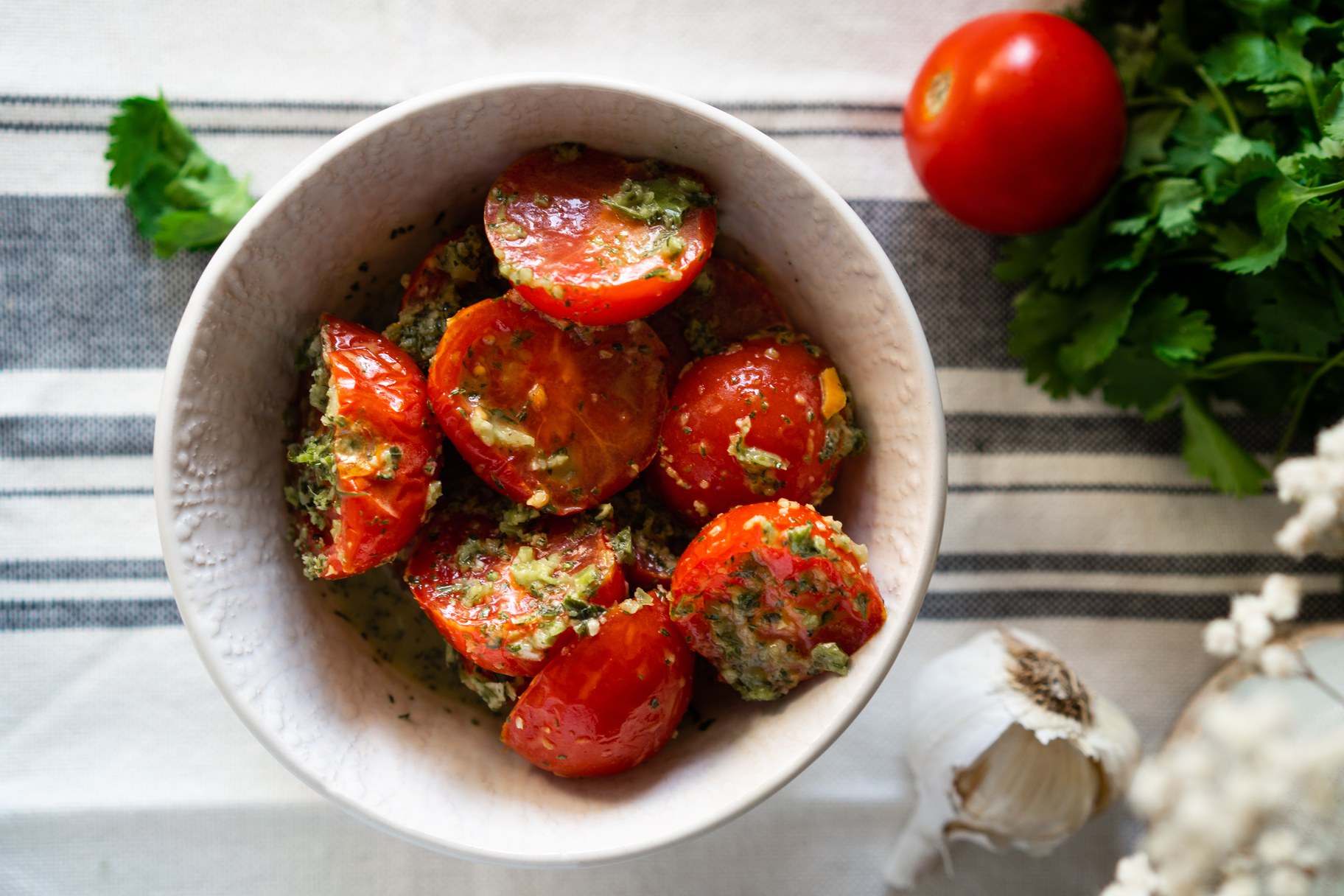 “These might be the most delicious pickled tomatoes you will have ever tasted, it will be hard to wait the three days they need to sit before trying one,” Anna Voloshyna writes about her mom’s famous spicy and sour tomatoes. Courtesy of Anna Voloshyna.

These tomatoes are hands down the most popular zakuska I serve at my dinners. As you can guess from the name, these are another of my mom’s creations. They are very different from traditional pickled tomatoes, which typically call for a vinegary pickling liquid. My mom immerses her tomatoes in a thick, spicy sauce made from fresh herbs, chile, oil, and vinegar. This incredible mixture makes the tomatoes wonderfully refreshing, with a bright pop of acid and a flavor riot of herbs and garlic. I have to warn you, however, that because these might be the most delicious pickled tomatoes you will have ever tasted, it will be hard to wait the three days they need to sit before trying one. I have personally witnessed diners at my pop-ups drinking the leftover pickling liquid once the tomatoes have been wiped out.

Navajo chef Freddie Bitsoie, author of “New Native Kitchen,” has a recipe for Calabasas squash, tomatoes and queso fresco. It’s named for what is now Calabasas, California, which was home to the Chumash. Bitsoie says this dish reflects the kinds of crops they grew — and what we still grow in Southern California.

For the Indigenous people of the Western Hemisphere, squash has always been an important food source. It’s believed to be the oldest cultivated food in North America, but that’s just one of the reasons I give it so much attention in these recipes. Besides its historical significance, squash is versatile and delicious. This dish is named for what’s now Calabasas, California, originally home to the Chumash. They lived among the hills and canyons, relying on wildlife for sustenance as well as the fruits and vegetables that grew easily in the region’s rich soil. This dish reflects the foods native to that area, and my recipe can work with any summer squash. I especially like pattypan, which is denser and crunchier than other summer varieties.

Yellow squash works well, and so does common green zucchini — though I prefer golden zucchini for its more delicate, sweeter taste. Keep this recipe handy in late summer and early autumn when summer squash is plentiful, tomatoes are at their peak, and bell peppers and chilies are just-picked — you’ll taste the entire season in every bite.

Is there a more effective vessel to achieve the perfect Thanksgiving bite than a tortilla? A little bit of turkey, stuffing, a dollop of cranberry sauce,  and a splash of gravy — all folded together in a soft yet sturdy tortilla?

**Note: I like to pre-roll all of my masa into balls, so that the pressing and cooking processes that follow are streamlined. You may also save the pressed tortillas for later use. Some prefer to layer uncooked tortillas with wax paper in between and store in the refrigerator with a damp towel to cover. In our experience, rather than storing uncooked tortillas, we find it easier to par-cook the tortillas straight away and reheat later, adding a bit of water if necessary. Uncooked tortillas are not only more perishable, they are also more difficult to hydrate without mixing the masa all over again—and re-mixing would be a bummer if you’ve already taken the time to portion and shape each tortilla.

One of Good Food host Evan Kleiman’s favorite favorite holiday recipes is chocolate gingerbread, particularly from Nigella Lawson’s book “Feast.” Kleiman says it hits all the right seasonal notes — with warming spices like ginger, cinnamon, nutmeg, and a little chocolate to balance out the sweetness. 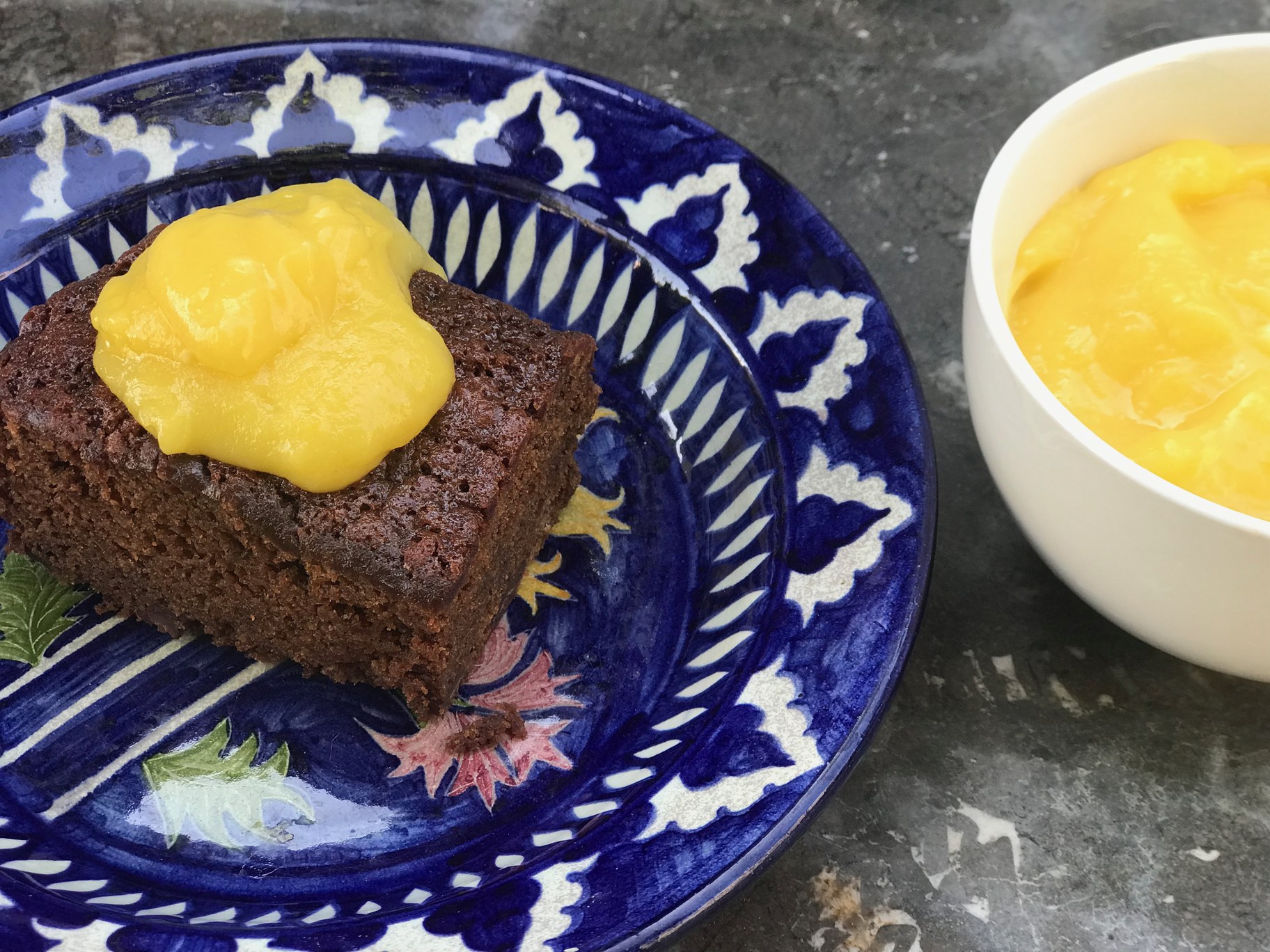